The difference between semi-washed and fully-washed methods

Once coffee cherries have been picked, it is necessary to process the crop in particular ways in order to end up with the finished green beans in jute bags – washing being just one of these processes, which varies depending on numerous factors from cost and labour through to resulting flavours.

But what is the difference between washed and semi-washed methods of processing?

Well, for a start washed or semi-washed coffee is said to be of a superior quality to that produced by the completely natural method, which costs less overall, as it affords a cleaner and more consistent flavour to the final coffee.

Washing coffee beans – sometimes known as the ‘wet method’ of production as opposed to the dry one – sees their outer casing removed using water, before the beans are eventually dried and bagged for shipment. For this reason, the process uses substantial quantities of water. For fully-washed beans, first of all, once picked the cherries are put in water in order to separate them out. The ripe ones will sink, whereas the poor ones will float.

Then, the skin of the cherry and some of the pulp is removed from each individual bean by pressing it through a screen using a machine. Nevertheless, a lot of the pulp will still stick rigidly to the beans, so it is then necessary to use either a more traditional ferment-and-wash method or a more modern process called aquapulping, mechanical demucilaging or machine-assisted wet processing to get rid of the last of it.

The former method sees the remaining pulp broken down by fermenting the crop with microbes and then washing the beans with water – something which has to be overseen and monitored very carefully to ensure that the fermentation process does not unfavourably alter the final flavour of the coffee. It is also necessary to thoroughly wash the beans afterwards to ensure that no fermented mucilage remains.

Meanwhile, the more modern demucilaging process removes the remaining pulp with mechanical scrubbing, which can be preferable particularly in some hotter countries due to the fact that less water is needed. In addition to this benefit, it is easier to monitor and predict outcomes for the process.

Semi-washing beans involves fewer steps than the fully-washed method, as would be expected.

Also known as ‘wet hulling’, ‘Giling Basah’ (from the Indonesian meaning ‘wet grinding’) or the ‘pulped natural process’, processing beans in this way is said to reduce the acidity of the final coffee, rendering it more full-bodied and potentially preferable for espresso coffee.

For this method, the outer skin from the cherries is removed using machines, following which the coffee beans – still with their mucilage attached – are then stored. Following this period, the mucilage is then washed off with water, before the beans are subsequently dried. 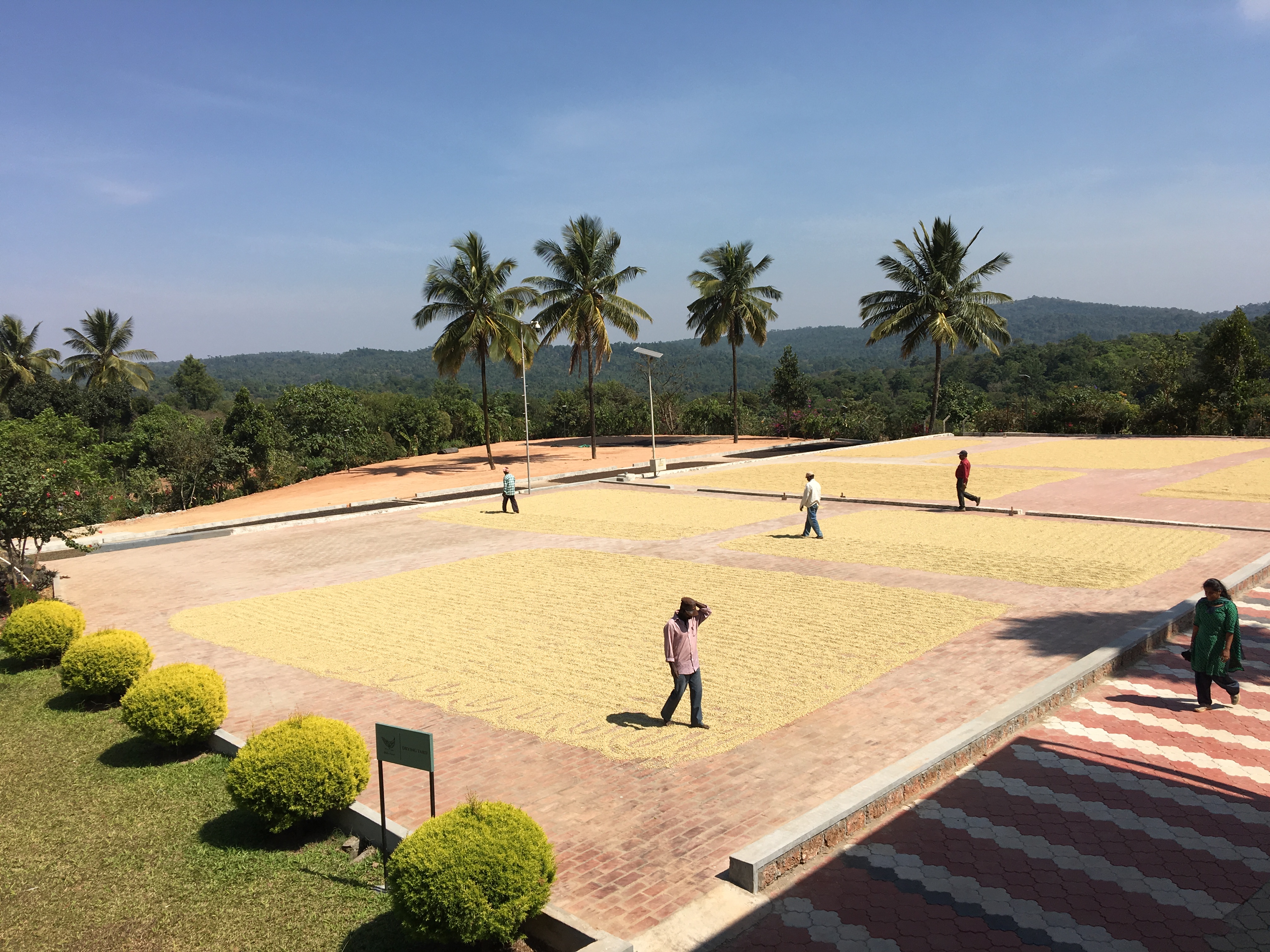 After beans have been washed, they of course need to be dried in order to produce the green beans to be shipped, which will ultimately go in the roasting machines.

Often, the beans are laid out in the sun for this to happen, but in some humid climates it may be necessary to finish off this process using a machine, before the beans can ruin due to mildew.

As with all steps in the farming, harvesting and processing of coffee cherries, there is much debate surrounding the best way to carry out each individual step – and drying is no different. Some will favour spreading the beans out on large patios and raking them every few hours to ensure that the drying process is even across all of the produce. Others will prefer to lay them out on raised tables and turn them by hand, which requires more labour.

Naturally, with so much waste water being produced as a result of the washing process, those processing the beans have to be responsible about what they do with it, with some farms reusing it as a fertiliser or returning it to the land once it has been made safe to do so.

Check out our range of coffees