Coffee and a Chat with… Currency and the Price of…

The difference between Fully Washed, Washed and Semi-Washed Coffees

Many years ago we wrote an article looking at processing. The coffee industry does not stand still though, and it’s no surprise to find that processing has changed. Welcome to the (brave) new world of washed processing. 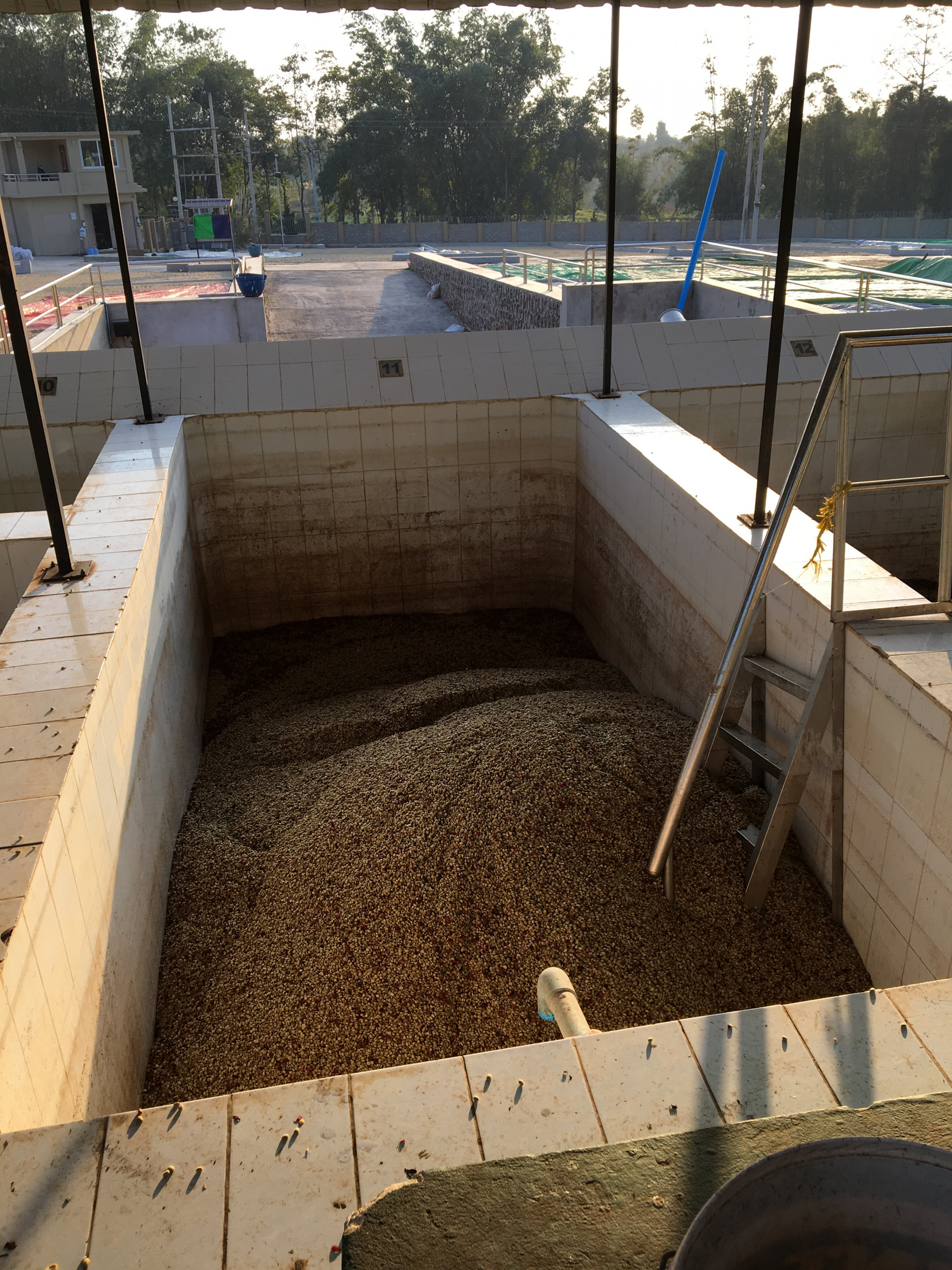 Cherry in a fermentation/washing tank, Myanmar

The standard flotation, pulping, and fermentation method still exists; beans are picked, floated in a tank of water to separate the lighter unripe beans and twigs, pulped to remove the beans and then fermented and cleaned in water.

What has also changed though is perhaps a pre-fermentation stage (you can see this in Rwanda, or Colombia) where the whole cherry after floating is left to ferment with the skin on for 24-48 hours in order to bring more fruit to the cup.

Increasingly the beans are now soaked, improving clarity and body as a final step in processing.

New attention is paid to water temperature or yeast strain to further build upon the process. 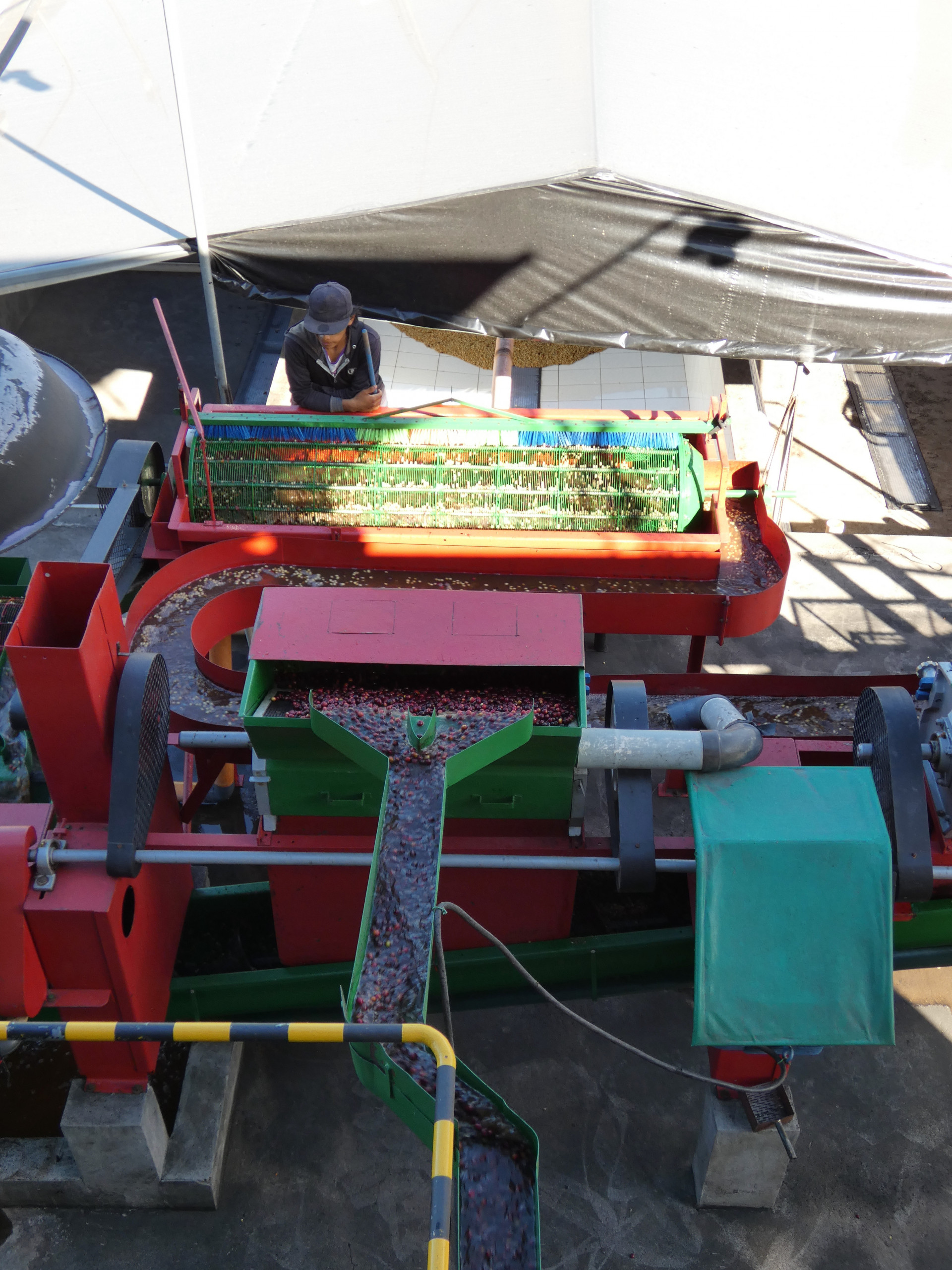 Very similar to the above, washed coffees go through the same process of floating, pulping and fermenting. You will not see a final soaking here though.

The advent of centrifugal demucilagers or eco-pulpers is drastically changing the landscape here, and it is now common in countries like Colombia, Costa Rica, or Guatemala. The mucilage is removed as the cherries travel through a spinning chamber, or in the eco-pulper they are mechanically pulped and undergo fermentation in a steel tank. Both use minimal water. These steps can reduce water use from around 50 litres per kg to closer to 4 litres per kg.

This reduced strain on the environment has a huge impact on sustainability and will produce a clean coffee very similar to traditional washed and will no doubt become more and more common. 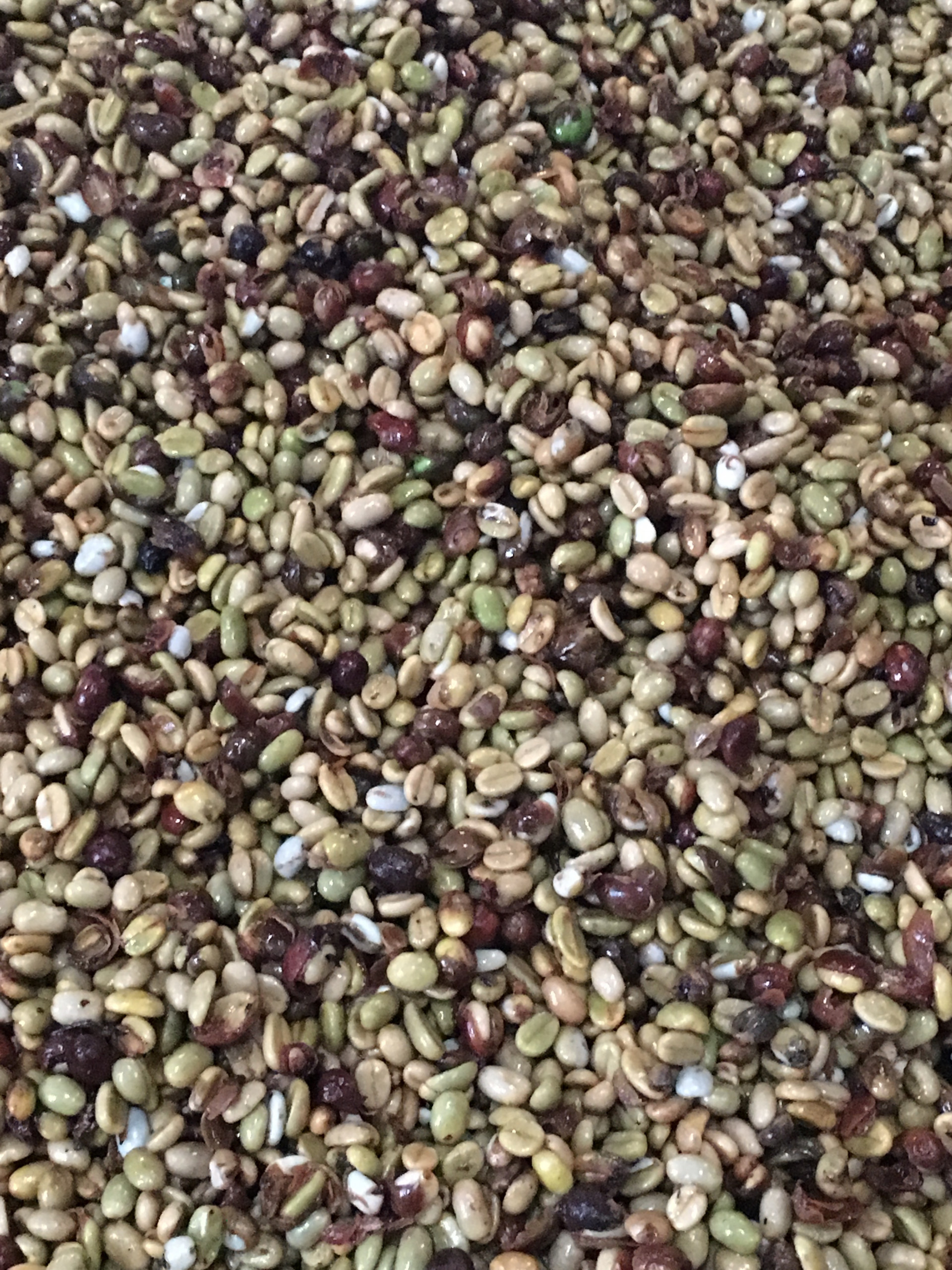 The Giling Basah process, often referred to as semi-washed, is still popular in Indonesia and also uses less water than traditional or fully washed coffees.

The coffee is mechanically pulped and dried to 45% moisture. It dries on patios for a further day before hulling – the removal of the parchment layer around the bean. Moisture here is around 30% still, so the beans are then dried for a further 2 days until around 20% when they go to the dry mill for further drying to a final 12-13%

We hope you found this useful. Until next time coffee folks!