Coffee and a Chat with… Introducing Hutan

Today Café Granja La Esperanza have five farms. And one of them, Hawaii, is home to a unique variety of coffee – Mokka.

Recently, Café Granja La Esperanza shared their insights into this variety in a blog article titled Discovering the Value of Mokka. We like this article so much; we thought we’d share it with you.

Discovering the Value of Mokka

You may have heard of Yemeni Mokha before, but we bet you have never imagined that there is a very small farm in Colombia dedicated to the production of this unique cultivar.

Digging into history, almost all the coffees that where drank in Europe came from Yemen and all the shipments passed through the port of Al-Mokha, a city on the shores of the Red Sea. From there, European traders, carried the coffee on wooden boats and began transporting it to the European market. The Dutch sold this new drink under the name Café Moka, due to the port from which it was originally shipped. Over time, the name became very popular, in markets where the coffee consumption was on the rise. For this reason, other producing countries wanted to have this famous variety planted in their farms.

One of those countries was Brazil, that initiated a research about cultivars and genetics in coffee, in one of their collaborations with a research station in Kainaliu they shared a hybrid seed labeled as Mokka. Apparently this “Mokka“ is a dwarf mutant of Bourbon, a bushy tree that grows only 4-6 feet tall. 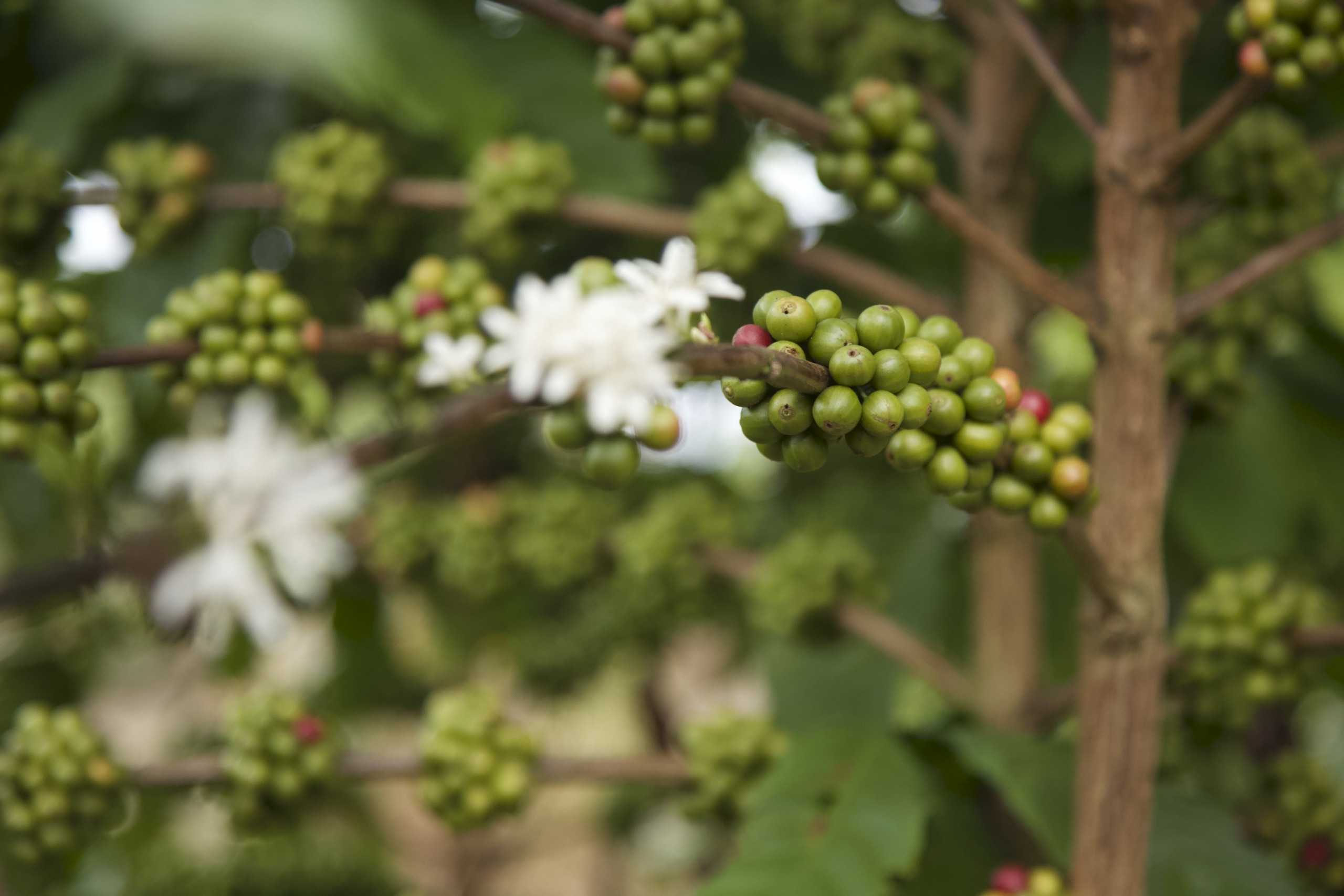 At some point during the development of this crop in Hawaii, the Mokka mutant hybridized with Typica, a tall variety genetically distinct from Bourbon with the same characteristics of the seed sent by the Brazilians, small cherries, and leaves, but, with a tall stem like Typica.

Around 2010, a Japanese friend of Rigoberto, Café Granja La Esperanza’s cofounder, brought the Mokka seed to CGLE after visiting a coffee grower in Hawaii (the Island) who had around 5 ha of Mokka and when he was able to cup it, he knew it had a big potential in the hills of Colombia. Luckily years back he visited Cerro Azul farm where he was impressed with the development that the company was achieving with the Geisha varietal and was in that moment when he felt committed to contribute with the research on exotic cultivars. 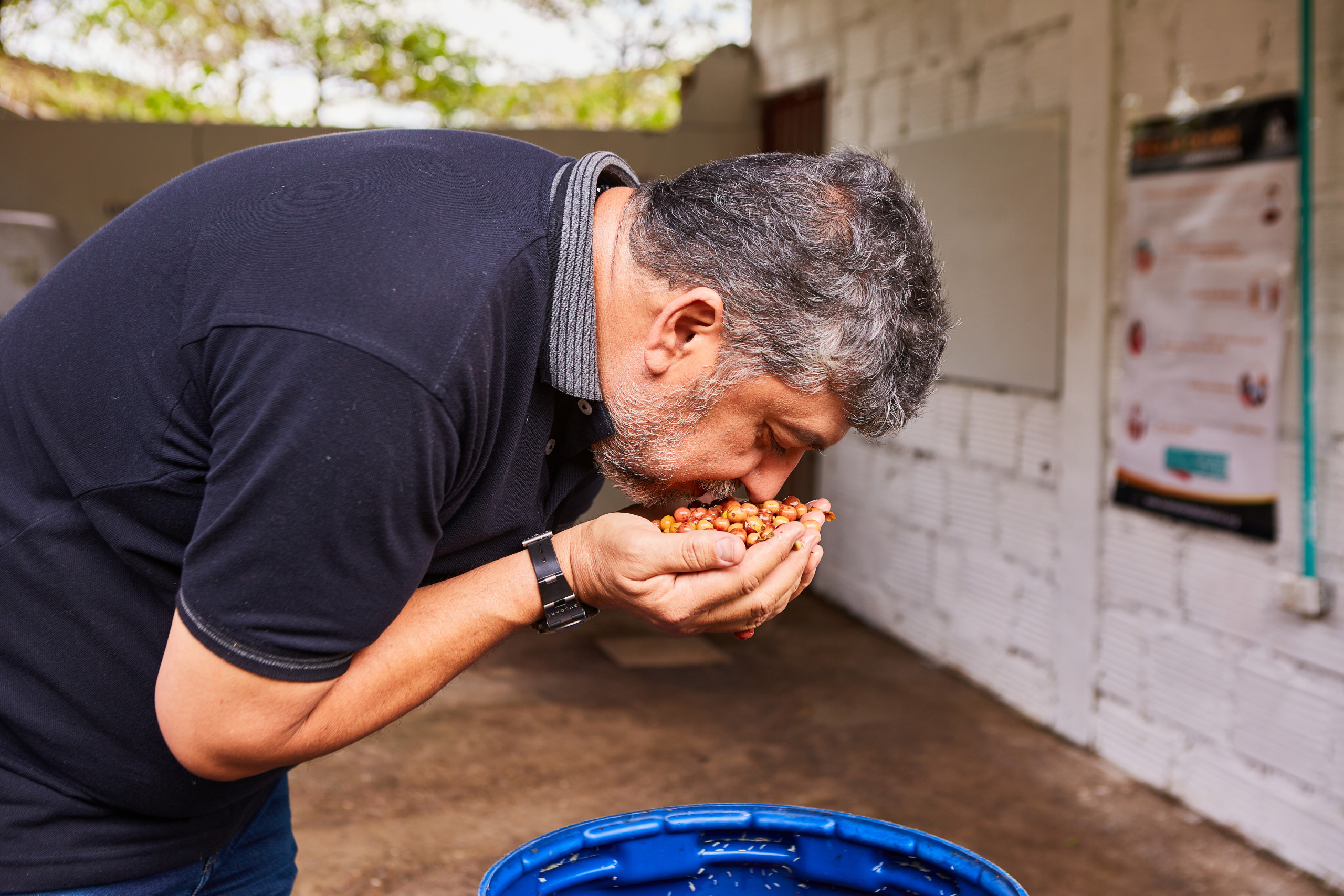 Sometimes identifying a variety without tasting it, it’s difficult, but in the case of our Mokka it’s very easy to identify it visually since its main characteristic is that both; the cherries, and the beans, are quite small compared to the other varieties. But not all aspects related to Mokka are as easy as identifying the cherries and the beans. For example, the harvesting, roasting, and the preparation of a perfect cup in many cases may be challenging and hard to accomplish.

Hawaii is a farm located in Sasaima Cundinamarca, that started as an experimental farm of different cultivars and became the only farm in Colombia dedicated to the production of Mokka. The reason why Hawaii was selected to be the land caring this unique cultivar was due to the adaptability of the climate, altitude, and soil conditions. Our company bet on the challenge of specializing this lots with only Mokka crops. 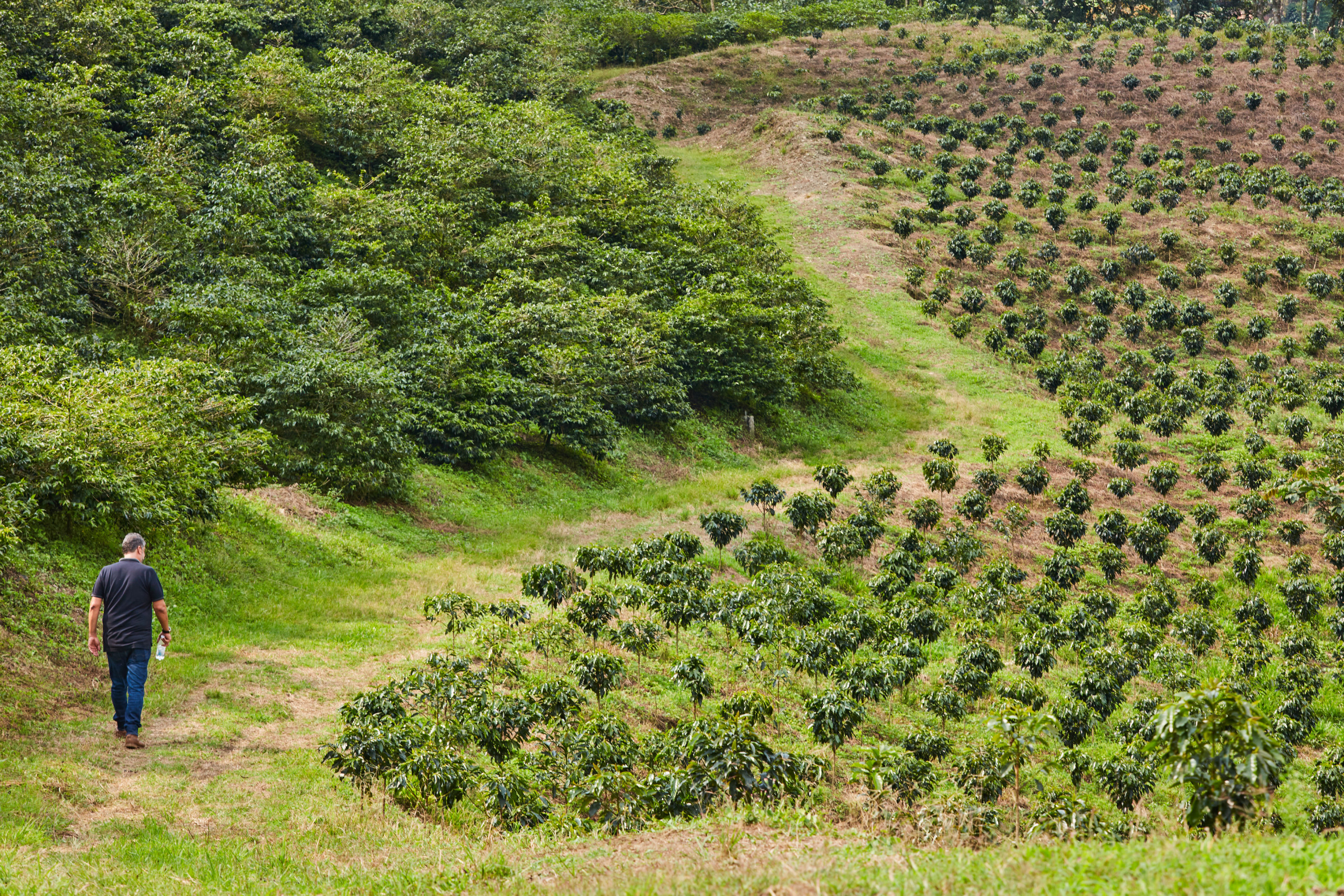 Two and a half years after we planted the seeds of Mokka at the farm, production team started noticing that the trees were very tall and it was extremely difficult to harvest, because most of the cherries were in the top of the trees. Same issues and characteristics of the Mokka planted in Maui. Since that moment, the team needed to look for change due to the lost that this cultivar could Couse. We started exploring solutions and one of the ideas that came up was to test genetic modifications with dwarf/compact varieties through grafting and crossing experiments.

Years later we found the ideal tree through a grafting procedure, resistant to diseases, smaller and homogenous on its productions.

Now days Hawaii farm has passed through a renovation process for the last 6 years in which the selected seed has been planted in 14 of the 15 lots. This last harvest 90% of the total production was processed as Natural with an open-air fermentation of 48 hours in whole cherries and a second Natural process that involves an anaerobic fermentation for about 168 hours that with a crazy degree brix of 18 – 20 these cherries were able to produce very intense notes of watermelon, plums, Chocolate malt and brown sugar.  For Rigoberto and Luis, it’s incredible how such a tiny bean can express that many flavors in a cup and its complexity can even beat a 90+ Geisha.

To read the original article, and to see more articles from Café Granja La Esperanza check out their website.