Introducing Kinini Coffee, a company started by Malcolm Clear and Jaqueline Turner, they first set up the charity A New Beginning in Rwanda in 2008 and started growing coffee in 2012.

A New Beginning was set up to help a group of widows and orphans displaced during the genocide in 1994, who were resettled in an area of uncultivated savannah. The charity set up a school and a health post which has fully trained staff and is self-sufficient. Their work is still ongoing and they are raising another £24k to build three more classrooms for the ever growing school.

In 2012 they started R & B Import Export to partner with farmers in the Northern Province of Rwanda with the aim to improve the lifestyle and well-being of the local community. They partnered with 633 local farmers and the Local Government to grow coffee in 252 hectares of prime consolidated coffee growing land in Rusiga and Mbogo Sectors, Rulindo District, Northern Province. The coffee cherries grown will then be transported to the washing station. The land is ideal for coffee growing, which soil samples have proven and the first lot of batch coffee we tasted here at DRWakefield was excellent. 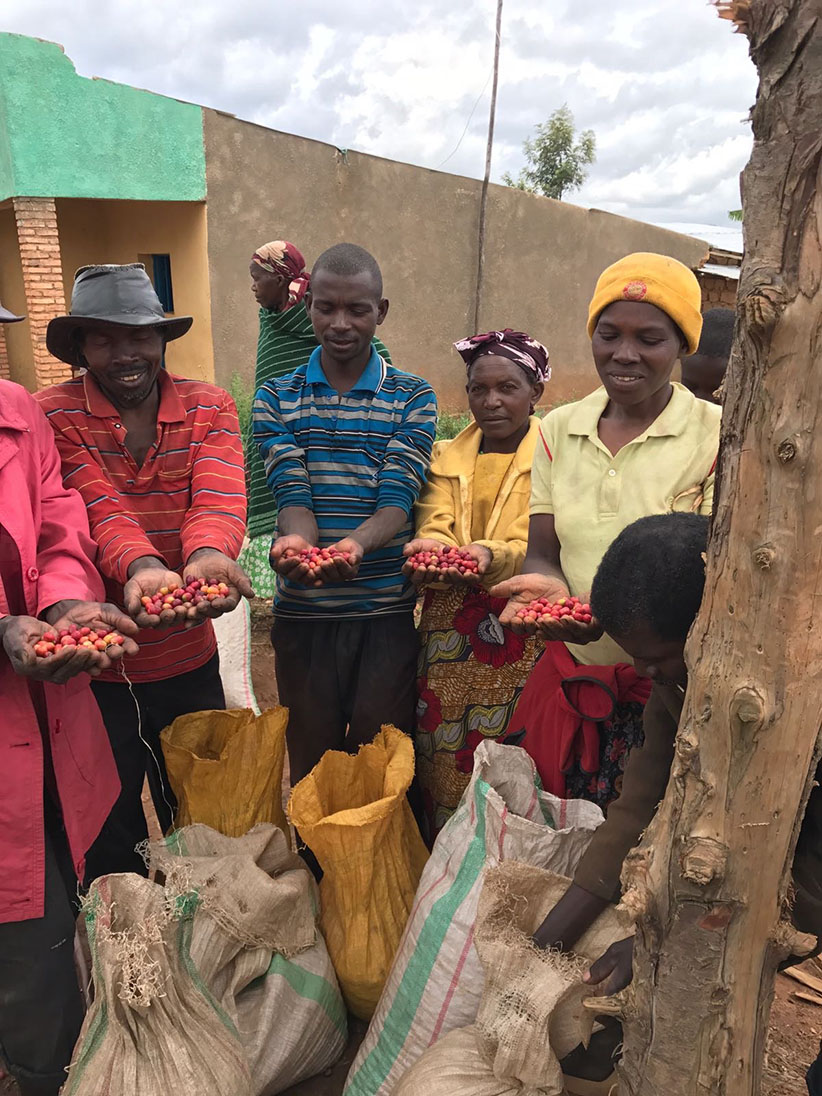 The partnership between the farmer and Kinini (R&B) is based on a 30 year renewable Lease for the use of the 252 hectares for coffee growing, fully backed, approved and endorsed by the Local Government. The land has been given a ‘restriction’ by the Rwandan Land Office so the farmer has given his land as security to R & B for the term of the 30 year Lease (like a loan or mortgage) Through this arrangement both the farmer and R & B have the security that they will carry on producing and selling coffee for at least 30 years.

All the 252 hectares are between 1,800-2,500 metres above sea level, having an average temperature of 19C and an average rainfall of over 1 metre per annum. They de-pulp their coffee using a four disc McKinnon pulper and ferment it from 5 to 20 hours, depending on the decision of the quality manager monitoring the fermentation. The coffee is then sun dried for an average of 15 days, depending on the intensity of the sun.

Kinini Coffee is washed Arabica coffee of the highest quality and they are working towards becoming fully organic certified, Fairtrade and Rainforest Alliance in 2018.

The cup profile from this area is chocolate, blackberry, lemon, cherry with a sugar cane sweetness.

Malcolm Clear is a retired businessman, builder and developer. Jacqueline Turner is Rwandan and has dual nationality, British and Rwandese, she worked for the Rwandan Government until she married in 2001, and is also a member of the International Women’s Coffee Association (IWCA).