Important Warehouse Announcement: Annual Stocktake Coffee and a chat with…

At 48.66 million bags traded in the year up to November 2020 (ICO figures) the Robusta market makes up just under 40% of the coffee market, yet is often overlooked or regarded as commercial.

The reality is, especially since the advent of the R grade quality system in 2015, Robusta has always had its champions. Speciality coffee was a term first coined back in 1974 and as our understanding of that grew through subsequent waves of coffee, Robusta has often been disregarded or actively spurned. Consider though that in the 1950’s it accounted for 13% of the market, rising to 30% by the end of the 1980’s and continues its growth today.

The future of coffee is Canephora

With a greater genetic diversity, resistance to coffee berry disease, nematodes, and Hemilia vastatrix (better known as Rust), there is a lot to commend the species, yet even with these benefits some will look down on Robusta itself, and even varietals where it has been crossed with Arabica.

In test plots and farms around the world though, farmers are using the Robusta root system to provide more vigour, improved genetics, and cross breeding to protect against nematodes and rust. Drought resistance to mitigate the effects of global warming, increased yield, all form the positive attributes of Robusta. Sure, there are some fantastic Arabicas out there, but also, harking back to Michael Sheridan and Catholic Relief Services Caturra Vs Castillo trials of 2014/15, taste in a bean is often perceived differently to the reality. The rise of Catimors and Sarchimors amongst the Arabica varietals has potentially given some life to such headlines as the Telegraph in claiming ‘Coffee drinkers are being conned by suppliers using inferior beans in ‘Arabica’ products’ (16 May 2018). There is a dissonance from looking for the positive attributes that Coffea Canephora can bring, yet at the same time critisizing the plant for having that connection. Given that resistance in Arabica to Rust was overcome a little while back, global temperatures are on the rise, and productivity is far higher in Robusta, surely the sensible argument is that the future, at the very least genetically, lies in Robusta?

Once you move past the simplistic binary of what is good or bad in coffee, the world of flavour can really open up. Coffee is not unique in having trends and popular traits, or having the norms challenged. Isabelle Legeron talked in Gothenburg Re;co back in 2015 on the danger of becoming typecast to a particular flavour, (in wines’ case with yeast being overly tied to type), and the benefits that can come from embracing different.

From the Jamaican Blue Mountain and Kona trends of the 60’s through Kopi Luwak in the 80’s and into third waves’ own Geisha and Anaerobic fermentations there has always been a coffee in vogue and conversely a coffee out of it, too. Viewed as a flavour or ingredient, without the lens of fashion, allows us to expand our offering and skills.

Kant describes good taste as that that is appreciated, but not validated by the group. Hume talks of capabilities of perception, an inability to perceive the qualities of something rendering that person unable to pass judgement on it. Bourdieu talks of the taste of the ruling class as legitimizing the taste we conform to. These arguments perhaps apply more to aesthetics than taste in the stricter flavour sense of the word, but all provide a framework for other experiences to exist. One philosophical concept that we all have bumped in to though is that taste is subjective. 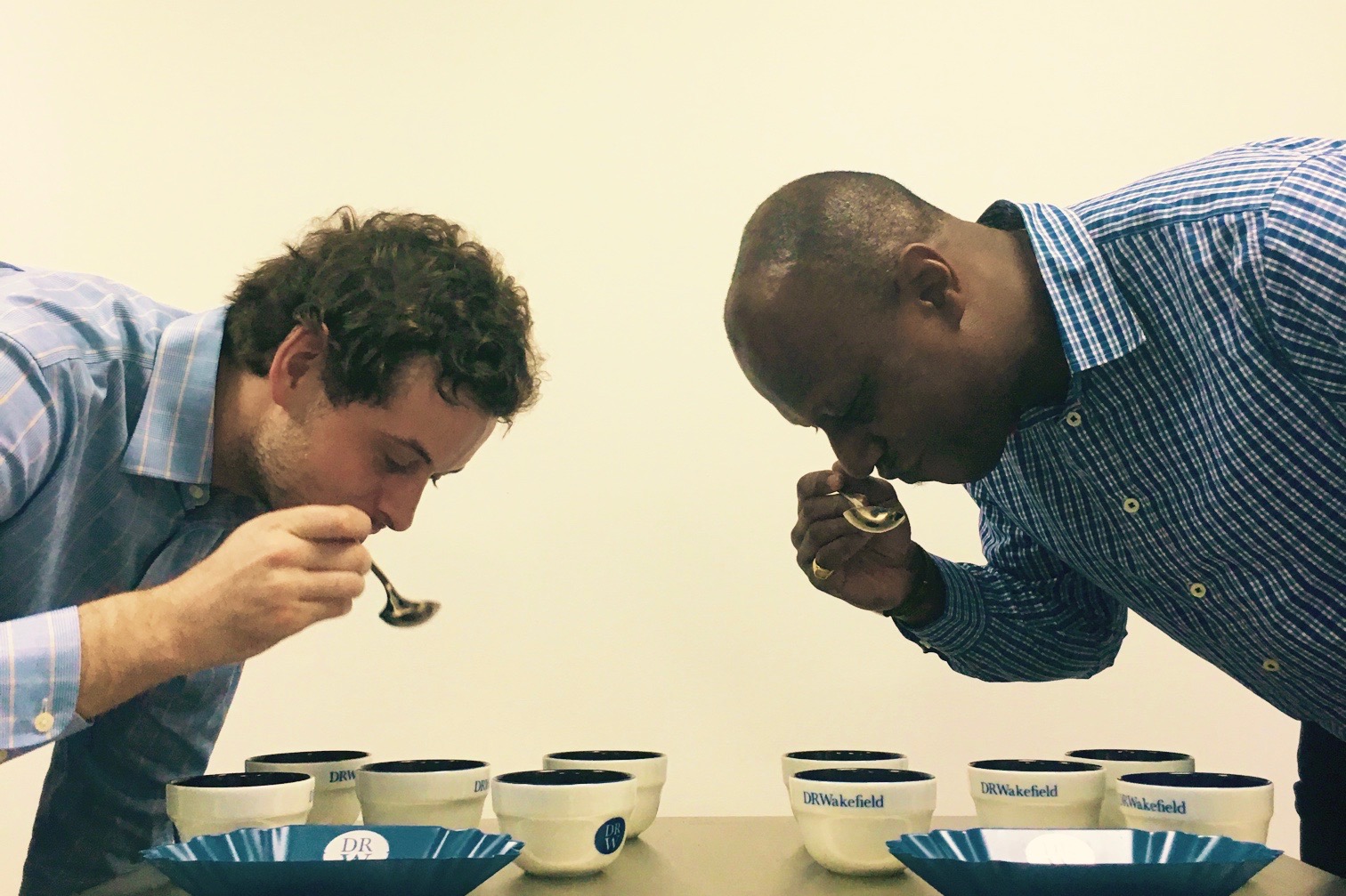 Supposing this was true, then Robusta should not have the misappreciation that it has; it should be appreciated for what it brings to the field and accepted by the industry as appreciated by a portion of consumers and farmers alike. An Arabica advocate should be able to apply the same approaches to these coffees too and find their needs met without denigrating it. Is it right to accept an 80 point ‘coffee’ coffee as being speciality yet dismiss an 84-point Robusta for being Robusta? Kenneth Davis, in his Coffee Review website, even has a Robusta at 91, so, at least for him, there is an ability for it to be appreciated. In a sense here we are failing to uphold our view of subjectivity and switching to the tried and tested trope of good vs bad.

If we are claiming instead that flavour is objective, then what is it about tobacco, for example, that can make it a positive flavour in Arabica and a negative flavour in Robusta? If we found a Robusta that had the natural blueberry, plum, and wine notes over a chocolate base that a natural Arabica can display, are we then happy that this then is indeed speciality as well, or is there something else keeping it from entry to the club? What is that? Evaluated as an Arabica, of course Robusta will not perform as well as the scale is built to understand nuances available in Arabica, but we do not appreciate pork based on its similarity to beef, or a grapefruit on a scale for evaluating lemons, so devaluing Robusta due to a system designed to appreciate Arabica is also flawed.

Maybe we have lowered the philosophical barriers somewhat to our own opinion on Robusta. Maybe we can look again at what it can offer as a flavour, ingredient, or full product and see the potential. Perhaps the problem is the market perception of Robusta. Perhaps the blockage is that with the consumer told that Arabica is good and Robusta bad, we have created a binary we are unable to change. Consider the colours pink and blue. What is your first association with these colours? Commonly they are perceived as ‘girls’ and ‘boys’ colours, to the degree that I do not need to mention which is which. Well in the early 1900’s according to trade journal The Infants’ Department pink was the masculine colour, deemed too ‘strong’ and a colour better suited to boys (blue, for its part was more associated with the Virgin Mary, and therefore more feminine).

With colour, the truth behind the future re-gendering it would undergo relied on the manufacturing competitiveness of companies but surely this is the same as we see now in the positioning of speciality coffee. A decision that we can make, and effect, to bring wholesale change if we want to.

Ferment in coffee through the 90’s and early 2000’s was a defect, undesirable and punishable with rejection. As fermentation became better understood and controlled, a movement rebelled against the old school of washed coffees and milds to create new funky flavours. We still see Rio as a defect in the UK, but other markets prize it. They still see ferment as a defect.

Espresso machines moved from the world of levers to automation and volumetrics, back to manual and arguably are heading back to greater automation again with the embracing of gravimetrics, dose control, and capsule machines.

The point of this is, that time and again the market has shown it is not only open to change, but often eager for it. We are witnessing the wheel turn as it relentlessly does but remain, to a degree, stuck in a rut.

What is speciality and why is it Robusta?

Taking that, as mentioned earlier, Arabica is roughly 60% of the world’s supply, then surely Robusta by very definition is the more special? The Speciality Coffee Association state “Specialty coffee can consistently exist through the dedication of the people who have made it their life’s work to continually make quality their highest priority.” By embracing an innovative approach, and communicating in a clear informative way, industry can indeed demonstrate this exists.

Canephora and Liberica both have large cherries, and with a larger amount of mucilage on the cherries, fermentation often requires more control not less, and so an elevated understanding. Clove, cinnamon, molasses, tobacco, vanilla all exist on the flavour wheel and are accepted attributes already. There is an R grading system. Traceability is there, as is years of dedication to perfecting the growth and health of the plants. Information on varietals and research on improvements is being carried out. All the tools we use to sell speciality are already available, so on that basis too, we cannot in all fairness claim that Robusta is bad. 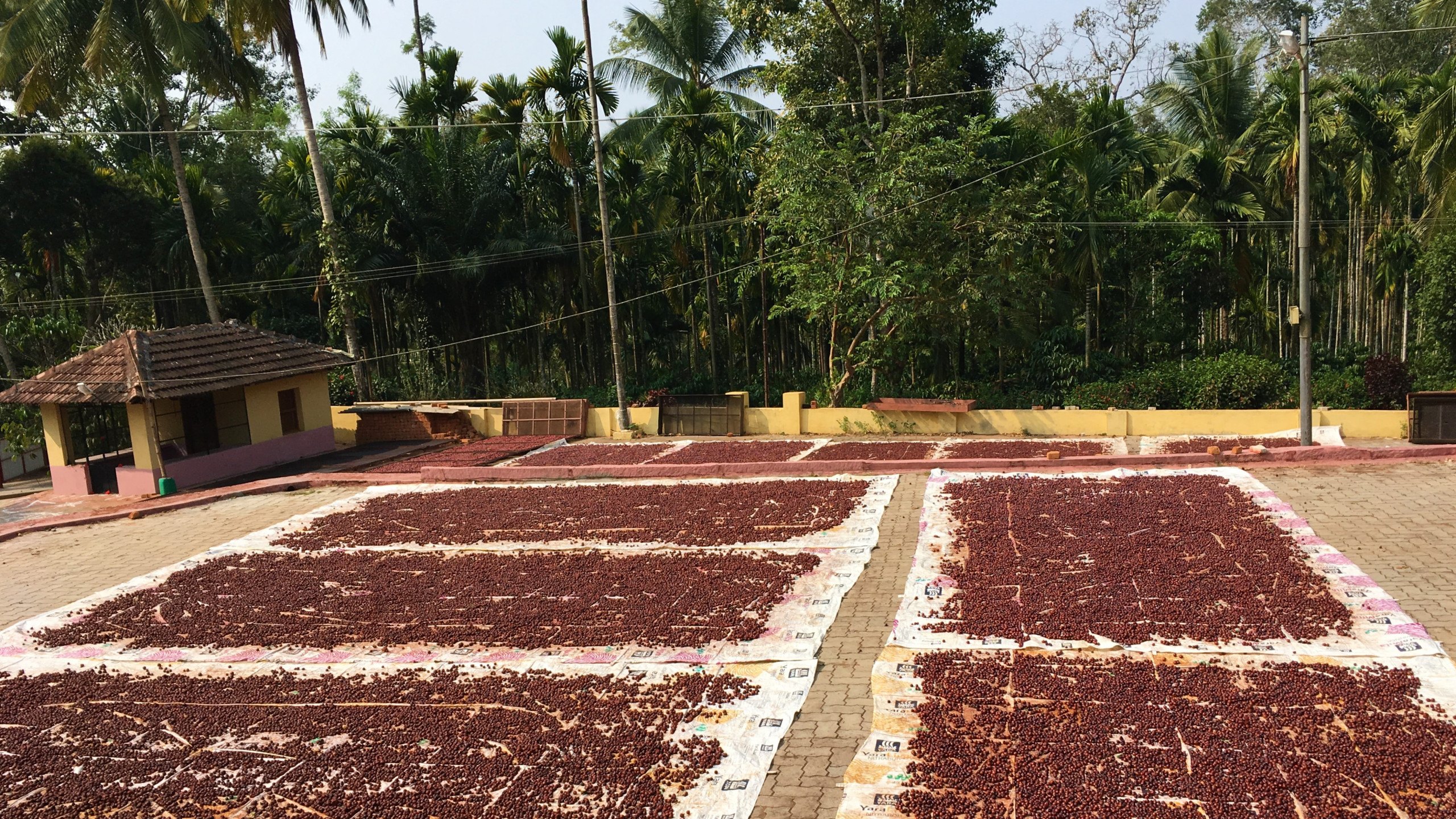 Reframing of our language

With these understandings, and an acknowledgement that the world of Arabica is constantly expanding, perhaps it is time to re-evaluate the way we talk about things. Time to step away from the perceived binary and towards understanding a bigger picture for coffee. Much as we should embrace Robusta, this is not a denial of the qualities of Arabica. Understanding drinkers’ needs helps us reach more people. Some buy because the coffee is expensive. Some, because it is complex. Some because they have a hangover or need a jolt and some because of the social aspects that cafes provide. There are many drivers to consumption and being able to accurately ascertain a consumer’s desire allows us to address it in a manner most fitting.

Tobacco is not a ‘bad’ flavour. Neither is Clove. They both have their place and that is generally not alongside some of the more delicate flavours from a washed geisha but there is a world of spice that pairs with all sorts of other things. In the perfume world it is well known that what might perhaps be perceived as one thing is much valued as another. Ambergris, anyone? A small amount of a ‘bad’ aroma often enhances when used correctly with others. In the 1600’s this was used as a flavour in ice cream and a hit! Perhaps the fault is not the coffee for the characteristics it has, but ours for the lack of ability to effectively communicate them.

So where does that leave us for roasting? For sure, the roasting world (at least, the northern European part of it anyway) has swung wildly towards the shortened roasts in recent years. There have been manifold improvements in roasters and technology helping us to understand them, but many learnings left behind in the rush too. To roast Robusta in the same way as Arabica or expect the same results from two inherently different coffees is a nonsense, so where has our understanding gone of how to develop these roasts? Can we even call ourselves roasters if we can roast to one style and not a range of styles adapting to our needs? Has our dogma blindsided us to an extra dimension to our skill base that we have been missing out on?

Progress of course should be encouraged and innovation is a requirement do drive things forward, but often innovation comes from the reapplication of something already known in more receptive times, or cross application of understanding from one industry to another. Re-reading those tales of twenty-minute roasts that we had written off thinking they knew nothing about roasting Arabica to understand they weren’t even talking about Arabica. Perhaps it is now time to revisit what we thought we knew to discover the market has changed and a new avenue to learning has revealed itself.
This is not something new we are straying in to. We can however, renew our focus and refresh our understanding. As a friend used to say about trying something different, it’s the second mouse that gets the cheese.