On the 10th of June we held the second year of our event Full Circle – the aim of which is to bring producers and roasters together to learn and discuss current issues in growing and roasting coffee. Read about our first year here.

Because of the success of last year’s event we decided to hold it in a larger space (than our office!) and expand the numbers attending, and you didn’t disappoint!

The day consisted of a full day of talks with five topics including: the global market and actions to address coffee price levels, an explanation of Giling Basah, yeast fermentation in coffee, monetising bees in the coffee lands and variance in moisture meters. And then a BBQ and drinks in the evening.

Marcela Umaña, PhD from The International Coffee Organisation started the day off by talking about emotive subject of “The global coffee market and actions to address coffee price levels” She gave an overview of the market as it stands today in comparison with the past, then offered some possible solutions to help farmers gain a better price for their coffee. But there were many challenges made towards their cost of production estimates from the producers in attendance and many more insightful questions introduced for discussion. 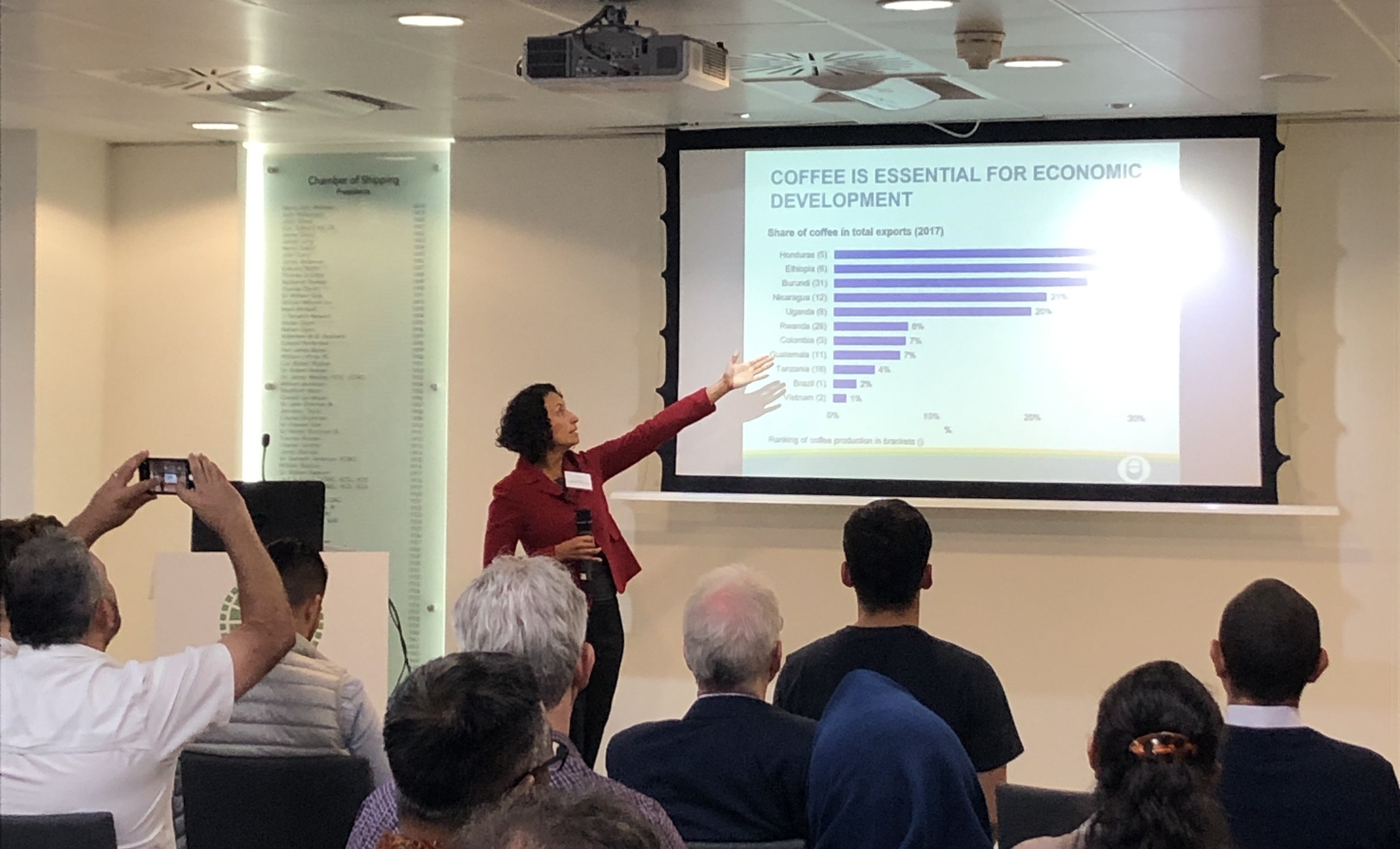 Second up was Armia from Permato Gayo, Indonesia who discussed the ins and outs of the Wet Hulling process. This fascinating method is the primary process used in Sumatra, in part because it is a very wet climate, so it makes more sense to gradually dry the coffee in stages. Armia gave an explanation of the process and the floor was opened for questions which came in thick and fast. For an explanation of this process see our video here. 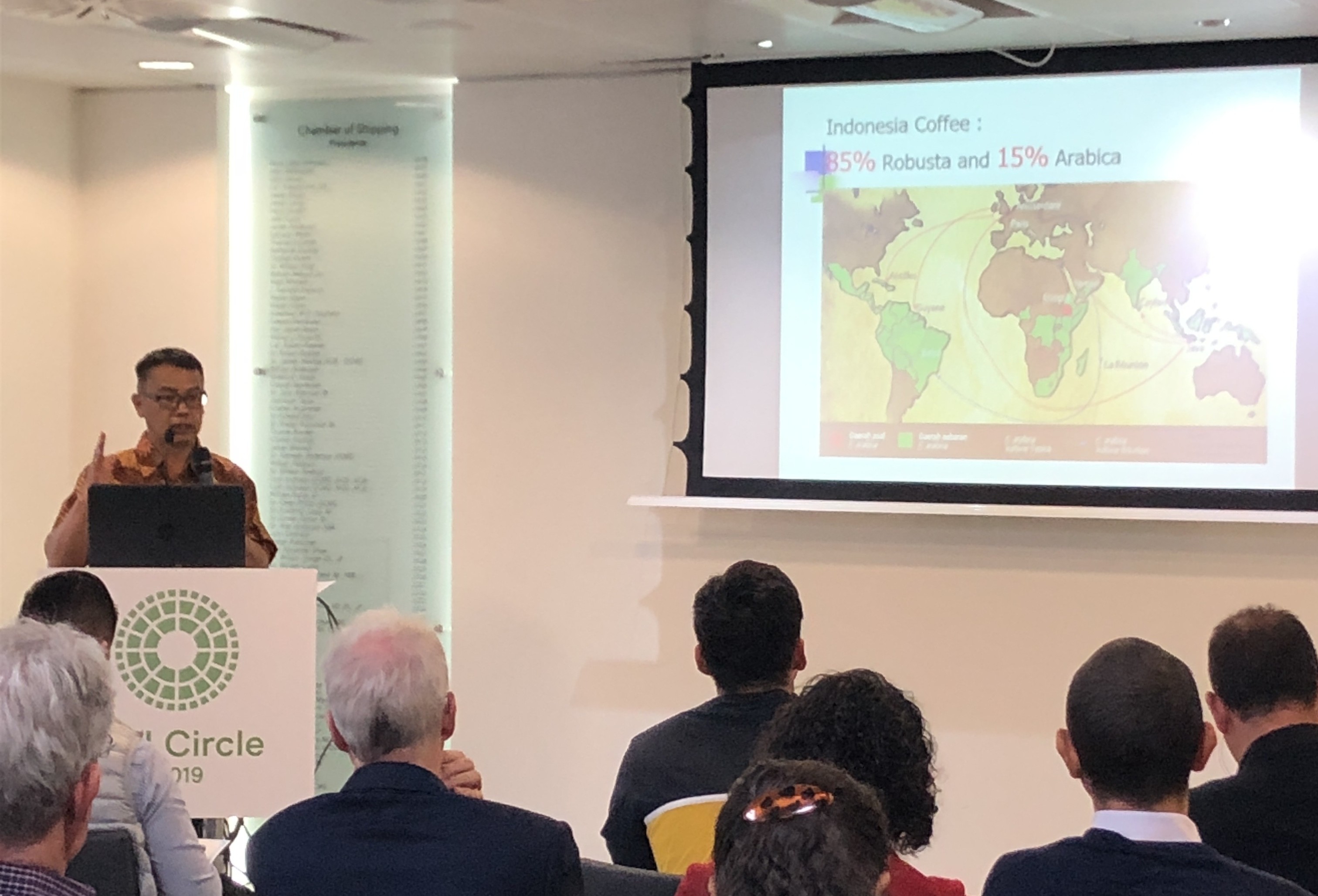 Armia from Permato Gayo, Indonesia, The ins and outs of the Wet Hulling process

Next up after a break was Margaret Fundira from Lallemand on the role of yeast fermentation in coffee. She explained what yeast is, the different types and their uses, and also explained its importance in regard to coffee production. Controlling the type of yeast used during the fermentation process can improve the consistency of coffee produced, reduce the time it takes to ferment and avoid unwanted fungi growth. Attendees then had the chance to cup four different yeast fermented coffees. 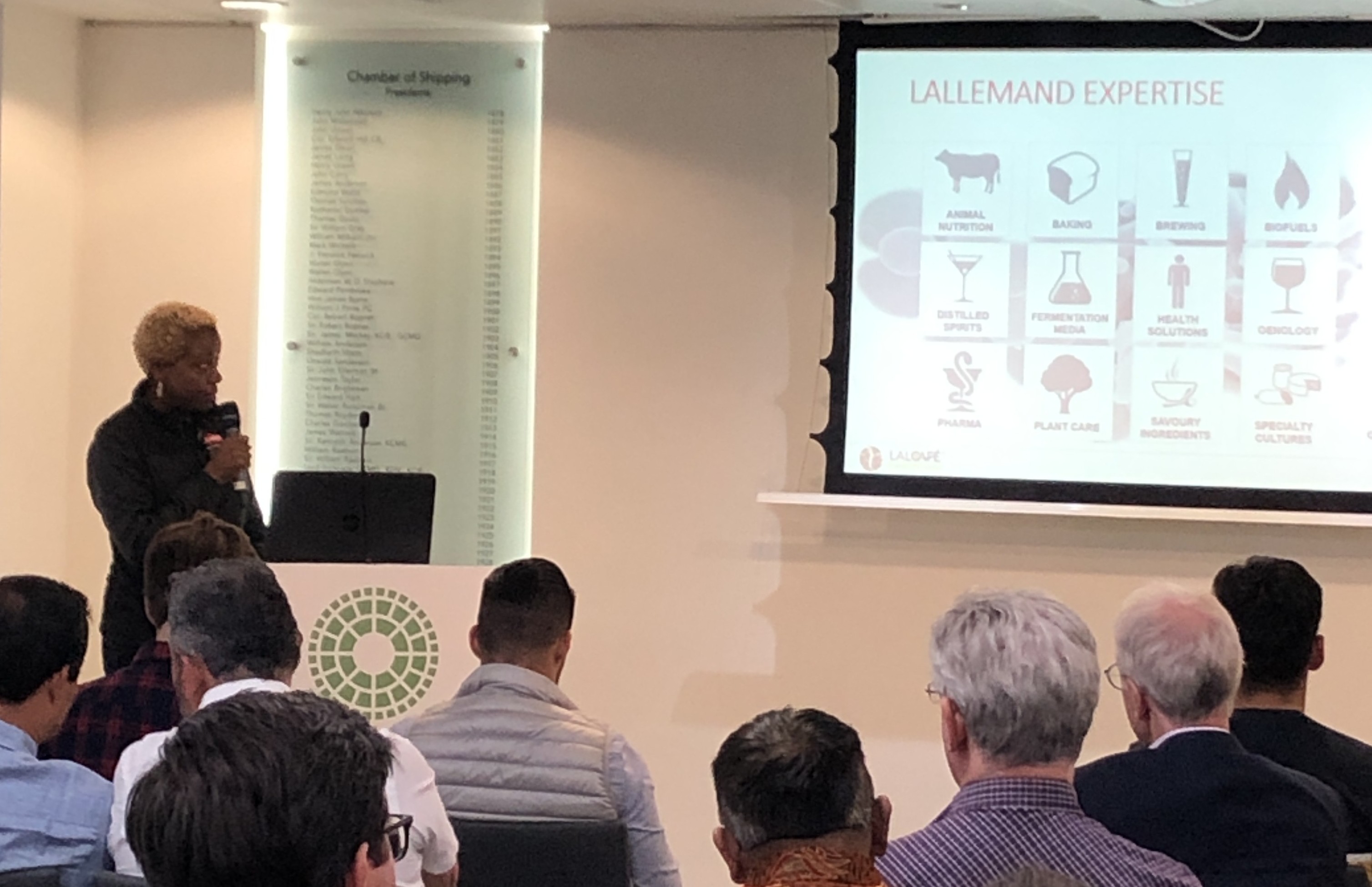 Margaret Fundira from Lallemand, the role of yeast fermentation in coffee

Omar from Capucas Cooperative, Honduras then took the floor with his presentation: Sweeter than naturals? Monetising bees in the coffee lands. He discussed his journey into diversifying into honey production, how this compliments coffee growing and the business as a whole. Attendees then got the chance to taste four very different tasting and looking honeys from Capucas cooperative – opinion was mixed but the most popular by a vote was a dark brown vinegary tasting honey which as someone said it “would work well as a salad dressing”. The final presentation was from Gabriel Agrelli Moreira from Daterra Farm, Brazil who talked about variance in moisture metre readings. He discussed different standards and types of metres used for measuring moisture in coffee. He also presented the results of Daterra’s testing of the two most commonly used methodologies which revealed a marked difference in the final reading of moisture! But help is at hand, he advised to do the following: 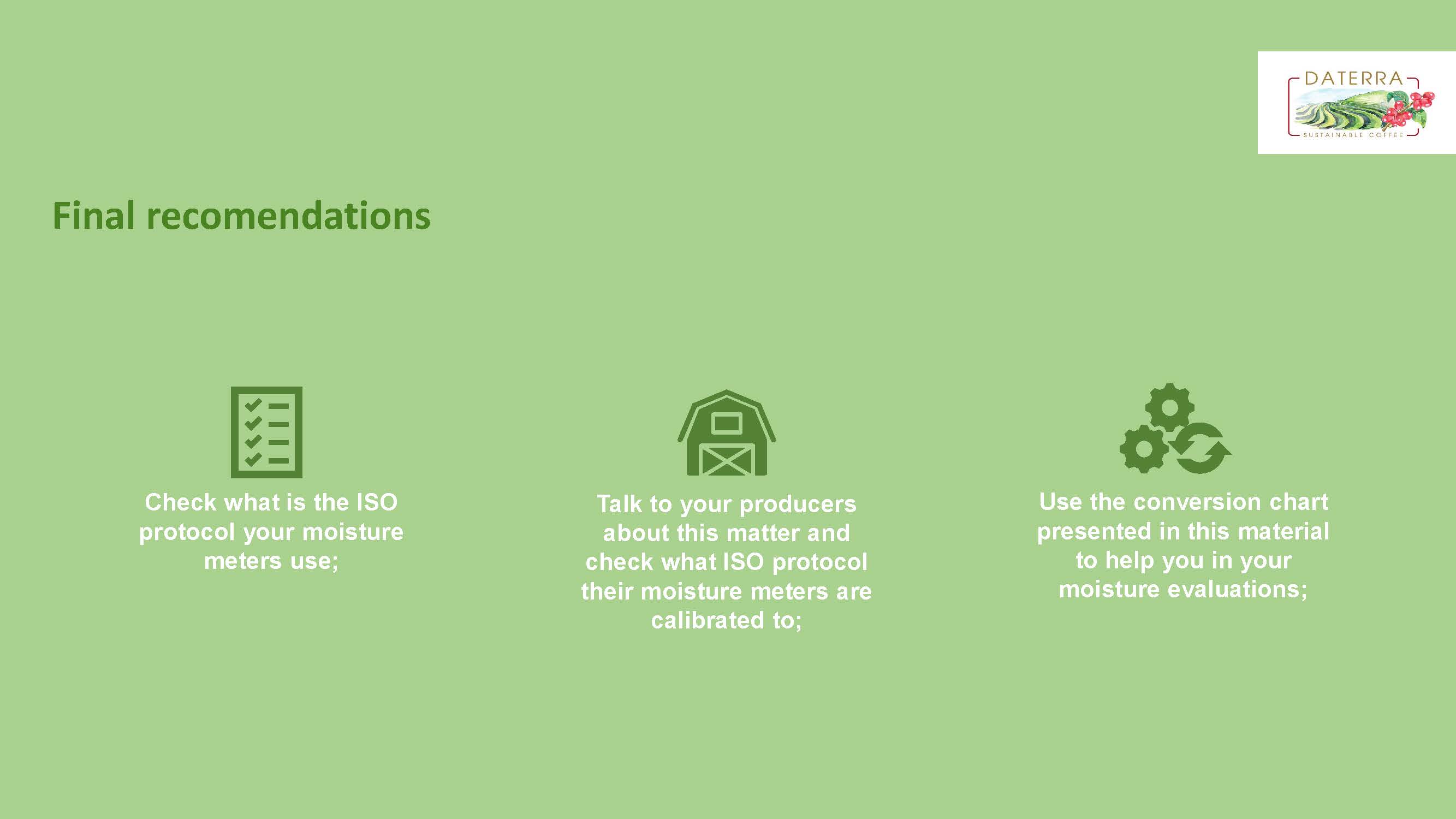 We then headed to Sustainable Workplaces for an evening of eating, drinking and socialising. Once we arrived we presented two donation cheques to the producers chosen to receive the money raised from ticket donation from roasters, which was also topped up by DRWakefield.

Last year we gave a donation to CENCOIC to fund their project of building drying beds (click here to read more) and this year we donated to Kinini Washing Station, Rwanda and Frontera San Ignacio, Peru.

Kinini Washing Station need equipment so they can build a cupping lab. Frontera San Ignacio need weed strimmers for their members so they can maintain their farms, and they also want to provide training to their non-organic members on how to manage wastewater so that the contaminated water does not go back into the surrounding ecosystem. To make connections and meet people from throughout the chain of coffee producing is invaluable, and indeed we received so much positive feedback in regards to not just the presentations and learning but the opportunity to meet people on a personal and human level.

If you didn’t get the chance to attend this year you will still get a chance to see the presentations – we filmed them all and we will release them on our YouTube Channel throughout the year. We will also get updates from on how both these projects are progressing later this year.