Coffee and a Chat with… Finding Value in Commercial Coffee:…

Commodity coffee has long been the bogeyman of the coffee industry. The ugly friend it’s easy to make yourself look good next to, and the scourge of ethical spending. However, it plays an integral part of coffee supply, and understanding when and how to make use of that is a vital part of sustainability and an open coffee offering.

An analogy I often use when talking about how coffee breaks down is that of a finger, hand, and arm. The finger is speciality, a small part of the offering in the world of coffee, and one that delivers detail and finesse. The hand is next, the premium commercial, aiming to find the perfect balance between affordable and distinction, traceable and available in good amounts. Lastly, we have the arm, the commercial side, those constant grades coming out of a country that we can find all year round where we don’t mind so much about traceability as price is more the concern here.

For me, this analogy works because of one simple feature. For the fingers to work, you need the hand and the arm at the same time.

Whilst this may sound odd, especially from someone with a speciality background, it really isn’t. The very nature of speciality production, the sorting of defects and indistinct coffee from the rest of the crop, necessitates either commercial coffee or a huge amount of waste. As we so often hear, waste is not good; but for a producer waste is also money. Income.

I am sure by now you have heard the line about the ‘top 1% of production in the world’ when it comes to speciality coffee. Various companies have adapted or adopted this to refer to their offering at percentages from anywhere between 0.5% to 5%, but what this highlights is that speciality isn’t the norm.

Like any niche, it is in part defined by what it isn’t. In this case, commodity; the majority of the offer and type of coffee consumed. Not understanding the complexity and options in commodity coffee then is to not really understand the product at all.

Like all things, there is more than one model you can use. What works for one farmer in one country is not the same as what will work in another. Even if it does, it is not to say that it is the norm in another country, and so you may find the model works in theory but, in practice, takes on a whole new set of risks and obstacles. That assumes too that we all have the same politics, outlook and drivers behind why we are in business.

So how do we deal with the coffee that forms the majority of what is sold around the world? 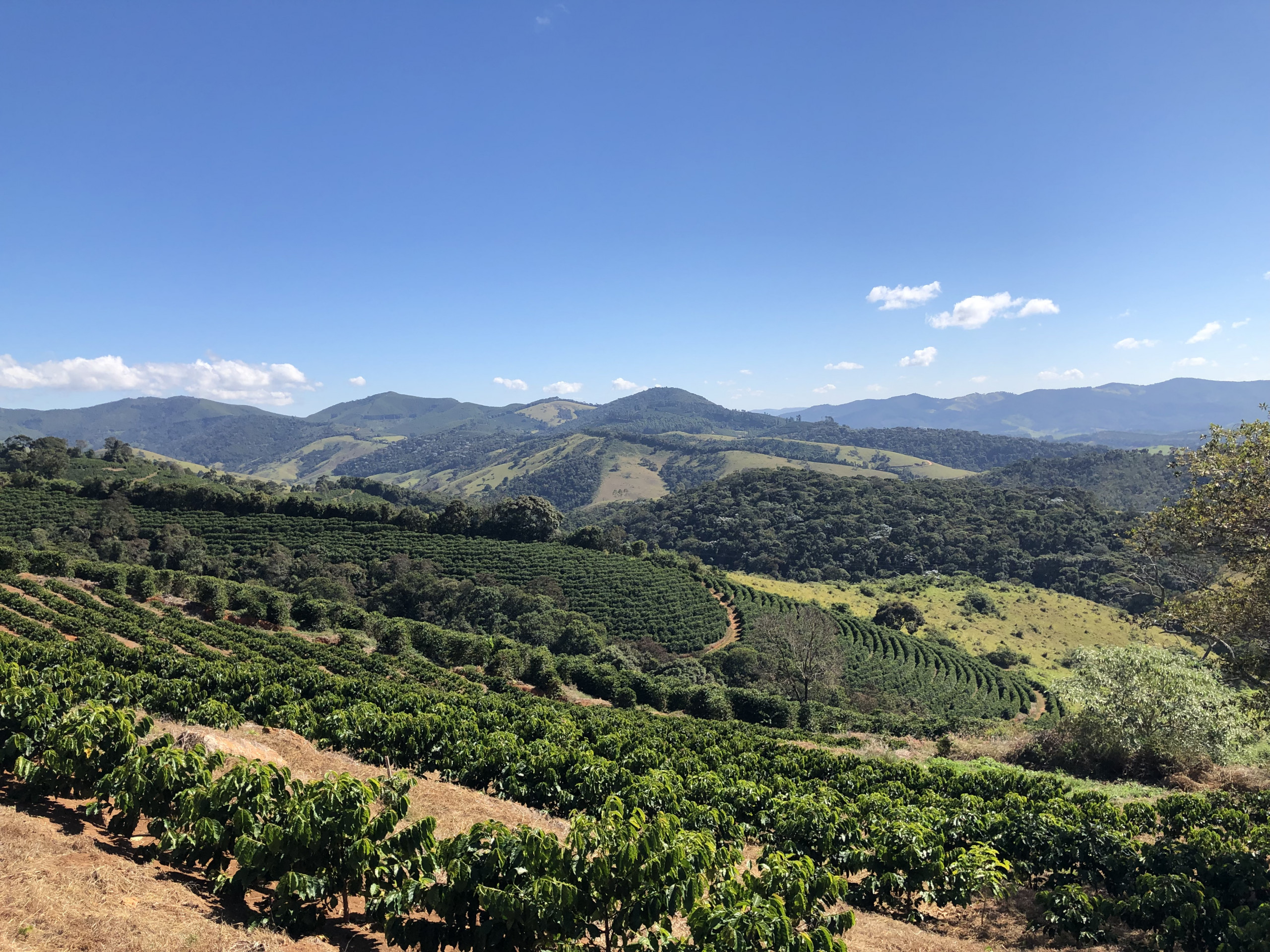 Firstly, commodity coffee doesn’t have to taste as bad as you think. Speciality has moved forward, but so has this end too. A large portion of commercial coffee falls between the 79-82 points. If I look back through our QC lab records at all coffees marked 2/3 from Brazil (including SSFC and SSGC) then out of 428 examples I get an average score of 80.32, rounded down to 80.25. Brazil Santos, the scapegoat of the commodity world, falls exactly within this criteria and, if we are to base definition on points alone, counts as speciality coffee.

It is why as a Q grader you spend so much time cupping coffees around that range when doing your exam, as it not only has a huge impact on what the farmer gets paid and how you need to use it, but also because there is so much of it out there.

One of the divides between commercial and speciality coffee arguably stems from simple food snobbery. Historically, recipes were made up of layer upon layer of flavour, by combining multiple ingredients with non-overlapping molecules responsible for their taste. Many cuisines are based on this philosophy, and when spices were hard to come by a complex multi-spiced meal was seen as the height of sophistication. It wasn’t until colonialism brought the availability and price of spices to a point they were easily accessible to the general public, that Western food philosophy took a turn in a new direction towards purity of concept.

The most noticeable difference for me tends to be in the complexity, clarity, and depth of flavour. You are unlikely to find all three in a commercial coffee, but you may well find perfect chocolate, simple citric, or balanced nuttiness. This makes a great proposition to view that coffee as an ingredient and then work to commence on finding others.

Understanding what flavour profile you are looking for, and using farming and processing knowledge to deliver that, is not an easy thing. In part, this is why green buyers exist, in order to keep on top of it, and an important value in developing a good relationship with an importer. It’s one of the great benefits (read, the whole point of) blind cupping. Done right, coffee is not only delivered in volume at the time of conceptualization but in the following years, too. Crop after crop can be delivered and cupped to ensure that consistency is there. [This is not unlike the Mise en Place approach Daterra takes in their offerings, which you can read more about here.]

Receiving that though does require some work. Calibration between the mill/exporter and the roaster will play a key part in clear communication of the attributes. This is why you invest in Q grading and palette alignment. Understanding your demand will allow you to build that volume in a sustainable manner.

Delivering consistency in an ownable blend will allow your customers to rely and depend on the flavours and build it into their routines, creating loyalty to your brand and coffee that should keep that drum turning. 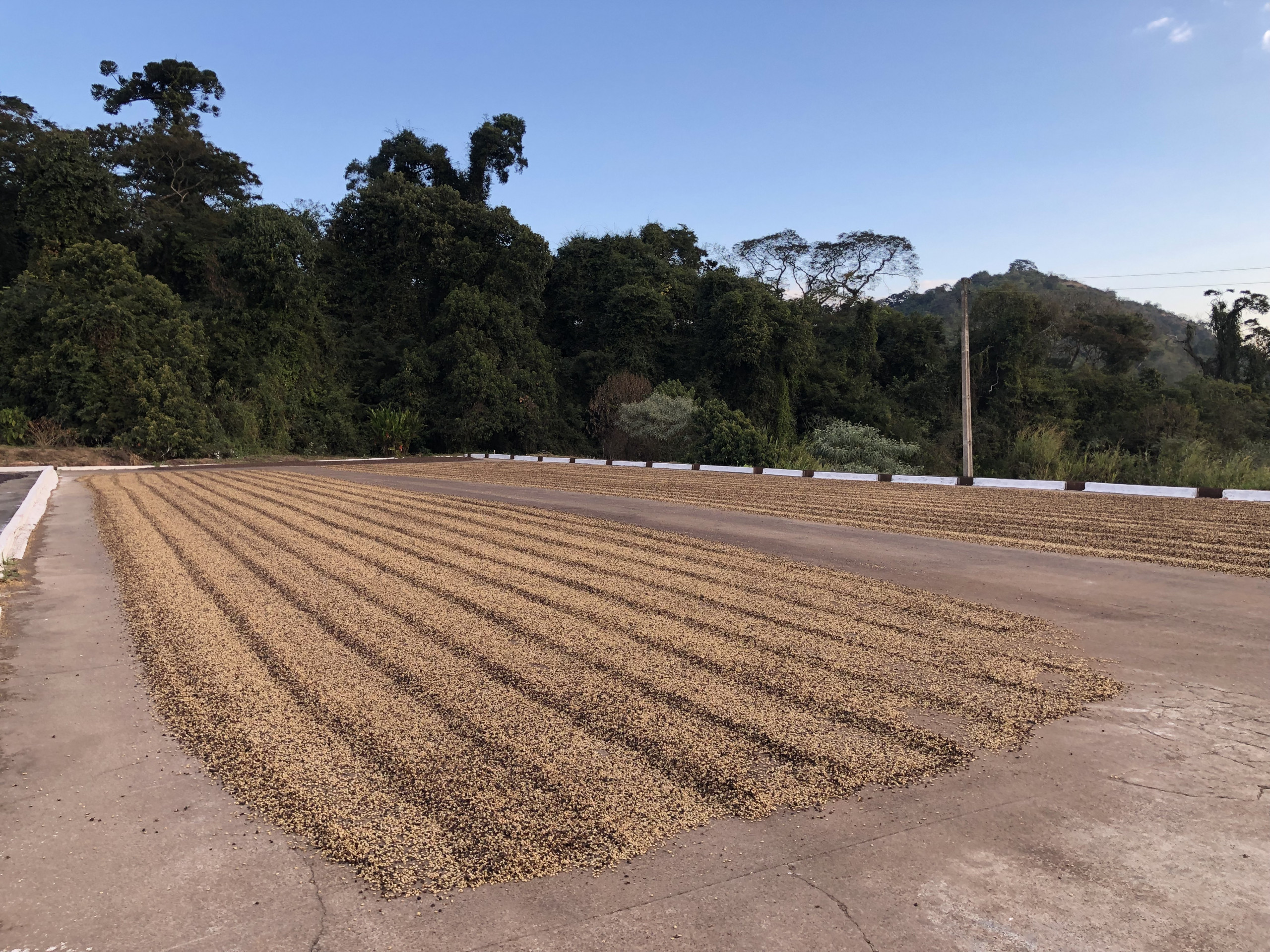 One difference you are more likely to see is related to defect count (secondary mainly) or traceability, rather than taste. Traceability itself is often there to a co-operative level, sometimes more, and particularly when it comes to certified coffees, which have traceability as a default part of that certification. After all, you can’t audit what you don’t know.

The drawback in aiming for traceability using a commercial buying methodology is that coffee tends to be sold by type and not specific origin (by which I mean farm, mill or cooperative here, not country). This commonly makes it traceable after the fact, not before. You may find you like a particular Peru G1 for example, and contract 100 bags of it, but by the time you decide you want to order more G1, the offering may have switched to another cooperative or exporter. The sale is done on the grade or type of coffee, not the cooperative.

Defect count or grade is another mechanism impacting on price. A lot of people commonly think in two scales, SCA or NYC. Default positioning seems to be if a coffee is over 80 points, then it’s SCA graded too, but if it is under then it’s the NYC grading. Most countries, though, will have their own systems, which can be run in parallel with an importer’s requirements.

Acceptable levels of second grade defects can impact the price without hugely impacting the cup. Some countries don’t count insect damage unless severe, and we often overlook the potato defect in Rwanda where we wouldn’t phenol in Colombia. Is the impact really any different than say, phenol? This is not to say that these issues are ignorable, but with systems in place you can control, diminish, and mitigate them.

Is it any better to hand pick defects rather than laser and colour sort? The outcomes are the same, but the costings are vastly different. Machines can run longer and faster, so deliver more volume than people, but come with a large up-front cost that handpicking does not. This drives the price for the coffee down, but not the quality, meaning the coffee coming out of a cooperative when buying a commercial lot is often very good. A coffee that would be written down as sub grade or triage can be cleaned up to return more value to the growers by being able to be exported.

Bean size still resonates in the grading world too. The fact that we cup rather than buy just on size is evidence of this. Going back (probably) to Clarence E. Bickford around the turn of the twentieth century, it was noted the higher grown and better tasting beans (not the largest) he was trying to sell were often the most in demand, and so there was a premium to be had.

There are differing viewpoints on bean size and the effect on cup profile, but what any variation in opinion shows is that it is worth checking for yourself to understand what your opinion is and how it relates to your customers. Dropping from an AA to an AB or even ABC often does not reflect the flavour inherent in the bean but does relate to pricing. So, if final bean size is less important to your customer, then this is a great option.

Peaberry can be a changeable beast. Once the posterchild of early 2000’s speciality, in Ethiopia, it is seen more as an off grade, and can sometimes outperform some speciality grades for the same reason as described above – smaller beans sometimes taste better. Some countries will charge you more for the work involved in separating it out, and the additional benefits the cup profile may bring you. However, if it is a characteristic that is removed in order to improve the main offering, then you will, generally, find it much cheaper.

HE (Hulled Elephant beans) in Kenya is a great option to buy if you sell a pre-ground product. Would you have to adapt your roast to it? For sure! But we are roasters, and that is what we do. Taste wise though, the reduced volume and increased surface area can lead to Sumatran-like stewed fruit and grassy notes. If you are creating a pre-ground coffee and crop failure, shipping delays or pricing is affecting your supply from Indonesia, knowing this is a great option to exercise.

The general takeaway for me is knowing the strengths and opportunities in processing in each country and applying them to your business model. Producing at volume is as much of a skill as it is with speciality, just a different one with its own proficiencies and watch-outs and limitations. Learning how each origin works can yield rewards at both ends of the supply stream, in maximizing the product a producer can sell, as well as giving more options to a roaster.

In the next article, we will continue our exploration, looking at pricing and sustainability.