An insight into the Ethiopian… Coffee and a chat with…

Coffee and a chat with Simon Wakefield

To celebrate our 50th anniversary we are chatting to Simon Wakefield, Chairman and son of the founder Derrick.

When did you join?
1986. My training at Rosemount Estate Wines was coming to and end and it was becoming clear that if I didn’t return to the UK soon, I’d probably look to stay in Australia in some way or another! By this time, I’d decided that coffee was my interest – product, people and opportunity. Wine was okay, the education received at Rosemount was second to none and the location was far less remote than PNG.

There are a number of synergies between the agricultural products of wine and coffee but it’s the way the products are traded that drew me to coffee. The thing I learnt in both places was how to work hard – if there was work to do, you did it! So during the harvest seasons it was common/expected to work 12 hour night shifts, seven days a week for three to four months, as a “Pom” you weren’t allowed to whinge!! There was also a suitable opening at DRWakefield and by this time, I’d matured somewhat and the thought of working for my father was now very appealing – although I still lived with my parents and I now worked with my father, the daily two hour commute was done separately from each other! 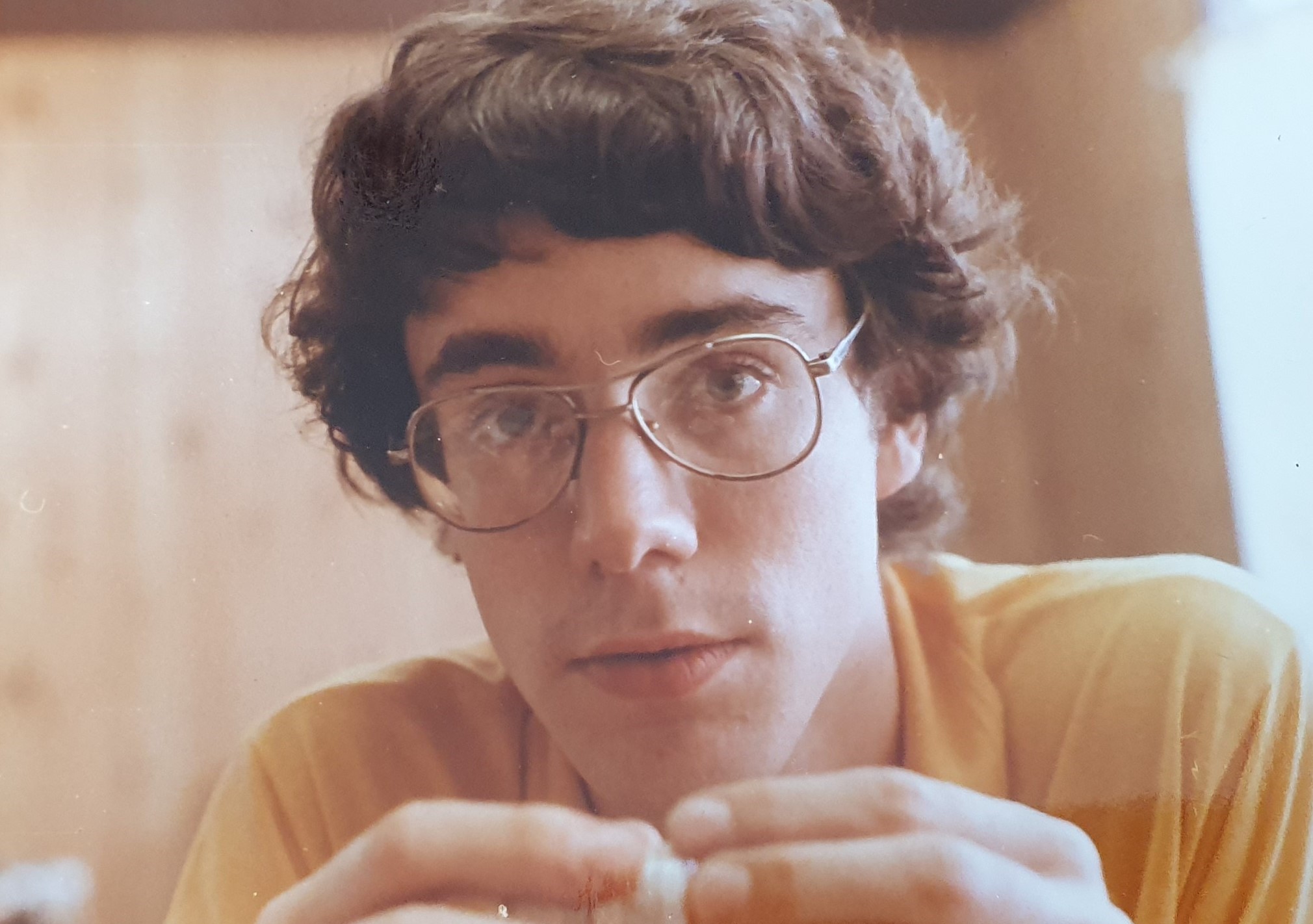 Has DRWakefield always been solely a coffee business?
Over the years, DRWakefield traded soluble coffee, tea and spices as a complimentary commodity – many supply chains were similar so it kind of made sense. When I joined, my father was splitting his time between coffee and wine but he also ran his smallholding farm breeding Simmental cattle through the business which became his retirement interest from daily coffee business. But to answer the question, it has always been at least 98% coffee.

Tell us a fact about DRWakefield that might surprise the reader
We trade in over 60 countries, with the UK only accounting for about 60% of our sales.

You spent some time in Papa New Guinea in 1984, tell us about some of the experiences you had there and why you went out.
I’d completed two years in cocoa logistics and my training on the LIFFE floor, when the chance to spend a season in Papua New Guinea arose. This was Jan 1984, it was an opportunity to be involved in the complete harvest of coffee and also to get a flavour of cocoa and spices as well. To understand what agricultural production was about and the challenges therein, I was then meant to go directly to Rosemount for six months, but at the end of PNG I needed a bit of re-calibration and came home for a year trying my hand at everything but coffee.

What are some of the changes you have seen at DRWakefield since you started working for the company?
The number of people working here, technology, type of coffees we sell and why, shift in perspectives, customer base – yikes, after over 33 years, it has to be the face that I see in the mirror! I started with hand dial telephones, working around calls with Papua New Guinea which had to be booked through their country operator. Trading on a telex and writing on the “ticker tapes” for archives. The first computer entering the office and our first email address. Doing business with a broker who cycled around London with small samples and delivered typed contracts. Three pints every lunchtime at the pub. Calling customers Mr. xxx or Sir, never by their first name.

What would you say is your proudest moment at DRWakefield or happiest memory?
It’s not fair to pin these big titles to single moments and we haven’t finished yet! But they both come under the same umbrella – it’s the bringing together of people to mutual benefit and creating a culture where we have a great team living with the same ethos. That may sound a bit holistic, but it’s getting the reflected glory that a parent gets when their child does well. Opening the first overseas office in Vilnius ranks pretty high in proudest moments, and that was in October last year, which shows DRWakefield is just going from strength to strength. 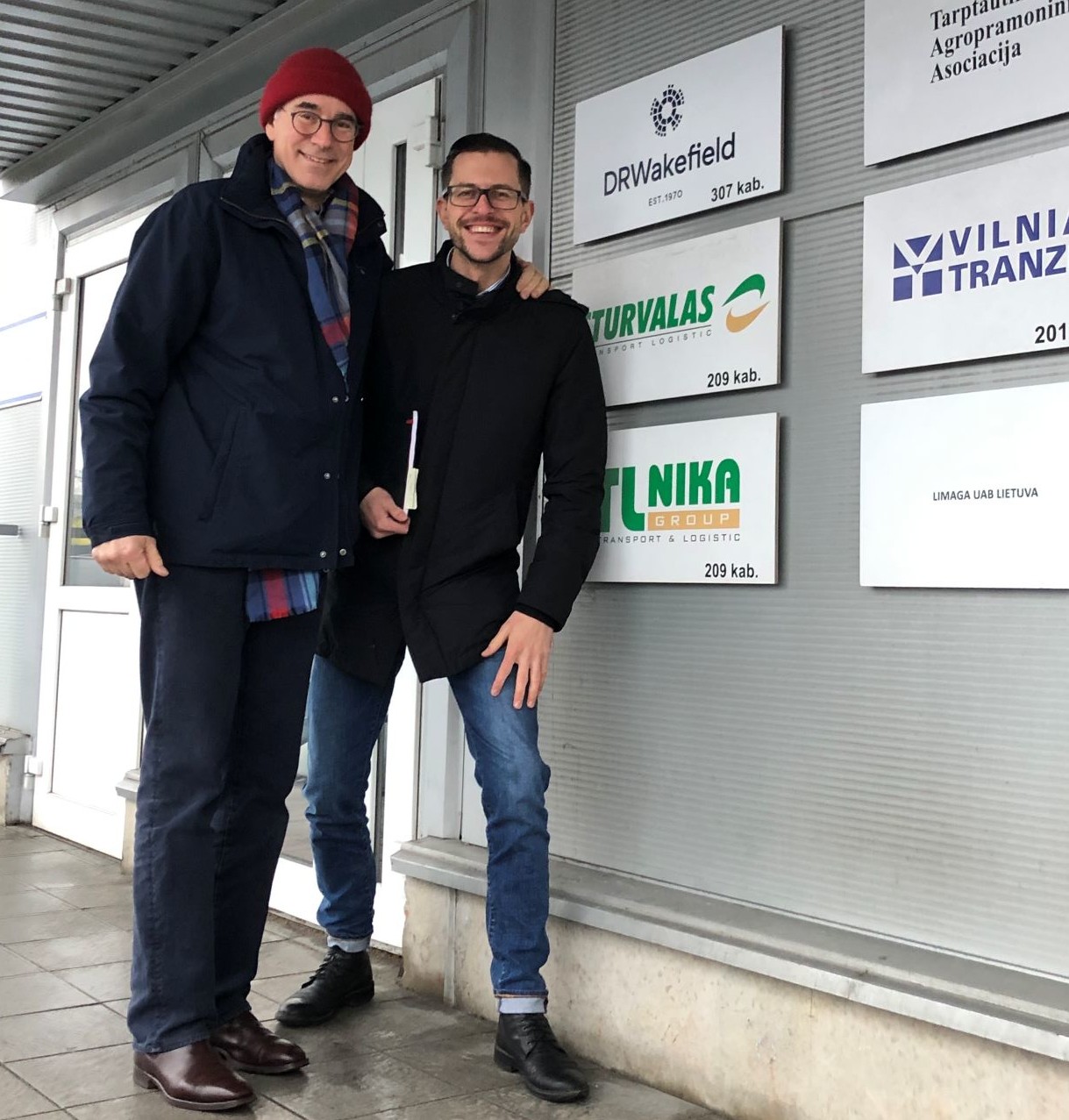 Your funniest moment?
“Back in the day” practical jokes were rife and I still recount some of these stories, and I still chuckle when I tell them to the appropriate audience. But also some of the situations you find yourself in whilst travelling with coffee colleagues, from all around the globe.

Have had an experience at origin which changed your mind about something/left an impression on you?
Sitting in a bar (again) with my Ozzie mate Scott, on the last night waiting for it to open at a SCA trade show. The barman asked us what industry we were in – he explained that they were a hotel/bar attached to a conference centre and every week of the year had a different industry on site. During our (coffee people) stay, he has never seen the bar so packed every opening hour, with so many different people (age, nationality, gender, fashion etc.) actively interacting with each other and he wanted to be part of that community. What a compliment to our industry!

Is there anything you have learnt from working in the coffee industry which you feel is important to pass on to others?
What goes around, comes around – so its so important to do the right thing. Behave in the right way. We are a massive industry, yet the industry is so very small. 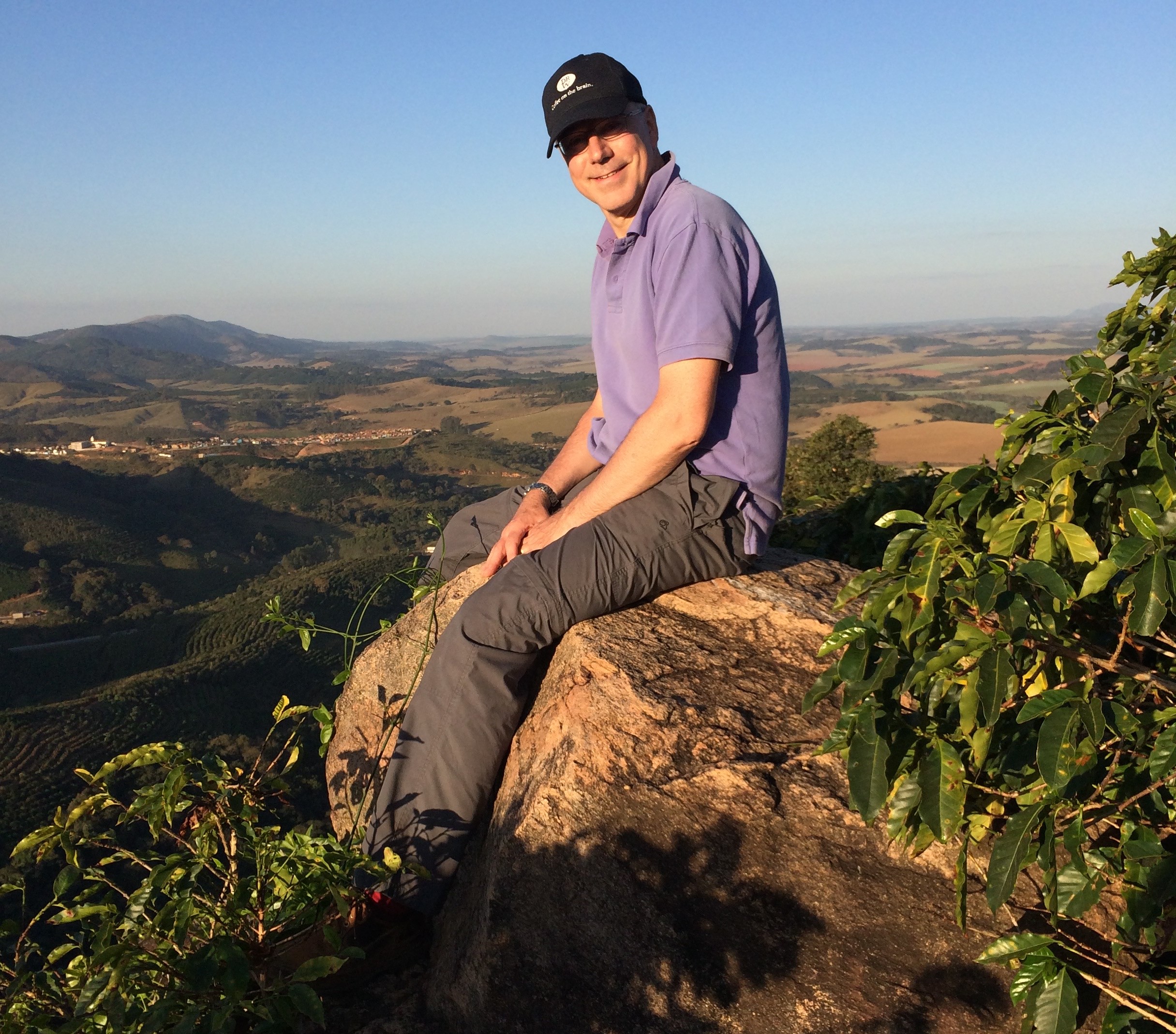 Have your coffee tastes changed over the years?
I still like filter process, medium roast, good bright Africans or mellow sweeter Brazils. I will not choose an espresso. I really struggle to drink a fruity natural. Although I do feel the various processes are great for the industry – you don’t have to like them all. In summary, I like a simple good cup of coffee – sometimes with milk and a touch of sugar.

What are your hobbies outside of work?
They change as time passes and my interest waxes and wanes. Currently I’m studying Shakespeare’s plays at evening school and seeing them at the theatre too. My motorbikes and the tours I go on with like minded souls. Tinkering around in the garage making whatever needs to be made – my latest creation was a big calculator made from wood, pipes and balls for my daughter to teach her five-year-old pupils at school. I still try to play golf when I can. I need to get back into dingy sailing, scuba diving and playing a musical instrument. I used to play flute and saxophone but now I want to try the piano as it sits in the living room daring me to try it (I’m the only one in the family who can’t play it).

Where was the last place you travelled to?
Italy. I hadn’t been since I was 16 which turned out to be my last holiday with my parents. I went in May ‘19 on the Moto Giro d’Italia classic motorbike rally which started in Tivoli and went to Pescara and back again through the mountains – about 1000 miles in 6 days. Then a holiday with my wife in September to Venice, Verona and Lake Garda – both times absolutely loved the places, the food, the people and the wine. Need to go back!

What was the last book you read?
I like to read escapism, be it Lords of the Rings (most definitely not Harry Potter) type stories or comedy/silly stories which make you smile such as “Tuned out” by Keith Pearson. The last book I read was “the hunting party” by Lucy Foley – a who dunnit type thriller.

What’s your biggest passion or love?
Things with an engine. Preferably a BIG engine. Preferably one that’s LOUD as well – mainly cars and motorbikes but boats, jet-skis etc will also suffice. Maybe that’s why the home screen on my phone is a photo of one of my bikes and not a member of the family… How and what do you do to unwind?
Say controversial things to “wind up” the family when they’re all home! Maybe I should say “taking the dogs for long walks in the countryside with my darling wife!”, but in reality, see various things above.

Do you have a mantra you live by?
To do the right thing. I can then feel comfortable in myself that I have done the best I can do, even if I get it wrong, I tried to do what I thought was right. It comes from my parents always telling me to treat other people how I would like to be treated myself.

Tell us something we don’t know about you?
I love to whistle. Apparently, I’m pretty loud and tuneless. I personally cannot see what is wrong with only having a repertoire of Christmas Carols no matter what time of year!

When I was 20, I blagged my way to get the job of converting a set of toilet cubicles in a hotel to an en-suite bedroom: I was paid for my services by a happy hotel owner.

That is the biggest learning you have had?
Providing you’re prepared to; you continue to learn throughout your life and my biggest learning has been how to share. I knew what I wanted to do with the business and I knew how I was going to achieve that. I was going to do it all my own way. But I didn’t have all the skills to do so.

So I met with a person who could help me develop the business and his conclusion was 180 degrees to mine – the business wasn’t sustainable. It was all about me, my ideas ruled, my ways ruled and I had to sign off everything. What if I fell under a bus or I wasn’t around for a period of time, everyone would be running around like headless chickens. That maybe a slight exaggeration, but he was making a very valid point. As the saying goes, I needed to do more “work on the business and not in the business”. That was a real eye-opener for me and presented me with a huge challenge to hand over some responsibilities, but I knew I had to for the benefit of the business and everyone in it and everyone around it.

In March 2017 I had a heart attack and was off work for a month, but I lost my mojo for a year or so. Yet because of the changes already made, DRWakefield continued to grow, and prosper without my influence. This is living proof that the brand DRWakefield is much bigger than me. It is the team we have, playing to our individual strengths to the benefit of the whole. And it’s a lesson I like to share with other business owners who start small and grow and grow.