An update on COVID-19 from… Warehouse Update August 2020

Coffee and a chat with Michael from Ariosa 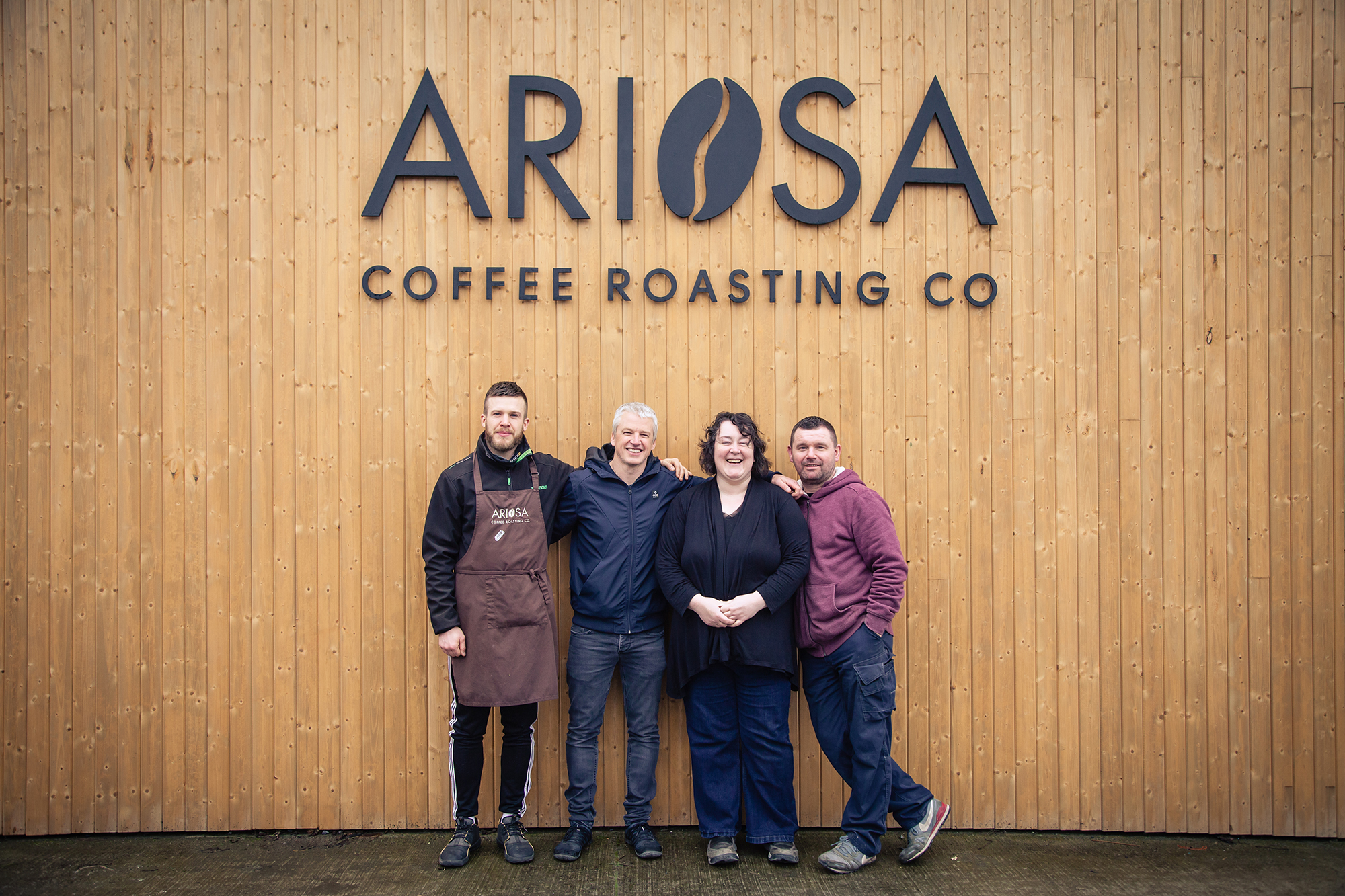 A bit about you and your roastery / business

When I moved back to Ireland from living in Australia in the early 2000’s, I started researching the history of coffee. I came across a company called Arbuckles, in the 1800’s they were the biggest coffee company in the world I believe. They had a coffee within their collection called Ariosa. I fell in love with the name there and then and knew I wanted to use that word. We worked on a logo with a friend and the rest as they say is…

Since 2003. The idea came from living in Oz, as I mentioned earlier. I was working in a café, cooking, on Crown street in the city. I was amazed by how seriously people treated coffee-consistency of milk, time of shots etc. It was all new to me but I was drawn to it straight away. I started making coffee and at the time the café owner was buying from a company called Karmee. I got to know the lads and asked if I could come out to their roastery to learn a bit more. I got the bug after that. Around the same time Tobys Estate opened their first location around the corner. They had cool baristas, and a Probat machine in a retail setting-it was lovely. I knew at that point that this coffee thing had to work in Ireland. 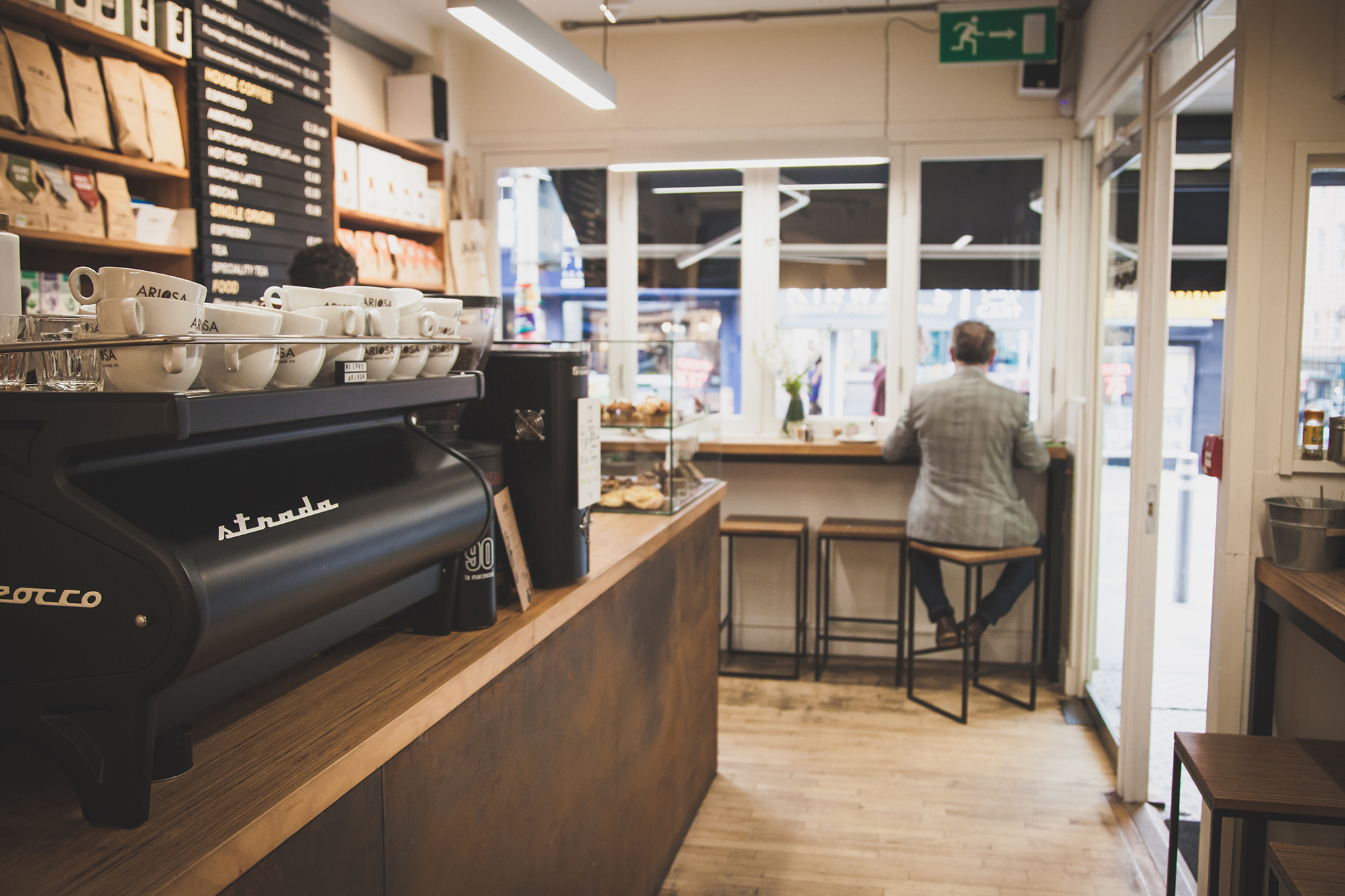 A bit about your town / city…

What’s your favourite thing about living in your town?

I suppose the fact that our parents are living here and so are my wife’s. Its good to be close to your family.

Where’s your favourite place nearby to visit?

Probably Skerries in Co.Dublin. It’s on the sea, good crab claws and a good vibe. Dublin city is on our doorstep too which is handy.

From a historical point of view the Boyne valley in Co.Meath is of major significance as far back as the Neolithic period. The area has been a centre for human settlement for at least 6000 years. The area is full of chamber thombs that predate the Egyptian pyramids. The country’s best cider maker (cockagee.ie) is a personal friend who lives close by. 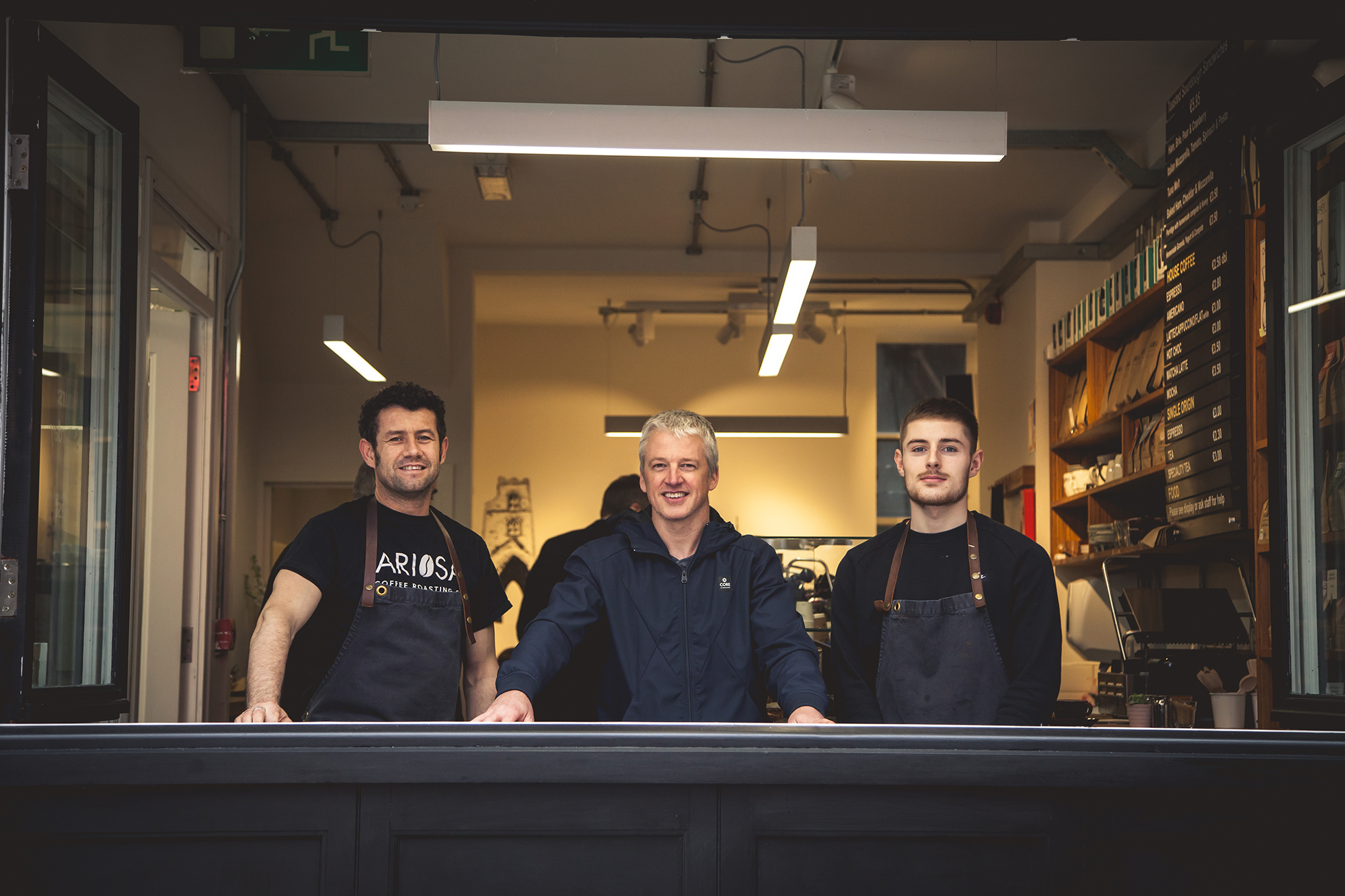 Michael in the middle, surrounded by his team at the shop in Drogheda

A bit about coffee…

Which is your favourite coffee / origin and why?

Kenya. There is a depth to Kenyan coffees that I always struggle to describe but that just isn’t there with any other coffee.

Drip, I like filter coffee the most. It’s lighter than coffee from an espresso machine and much more interesting in my opinion. 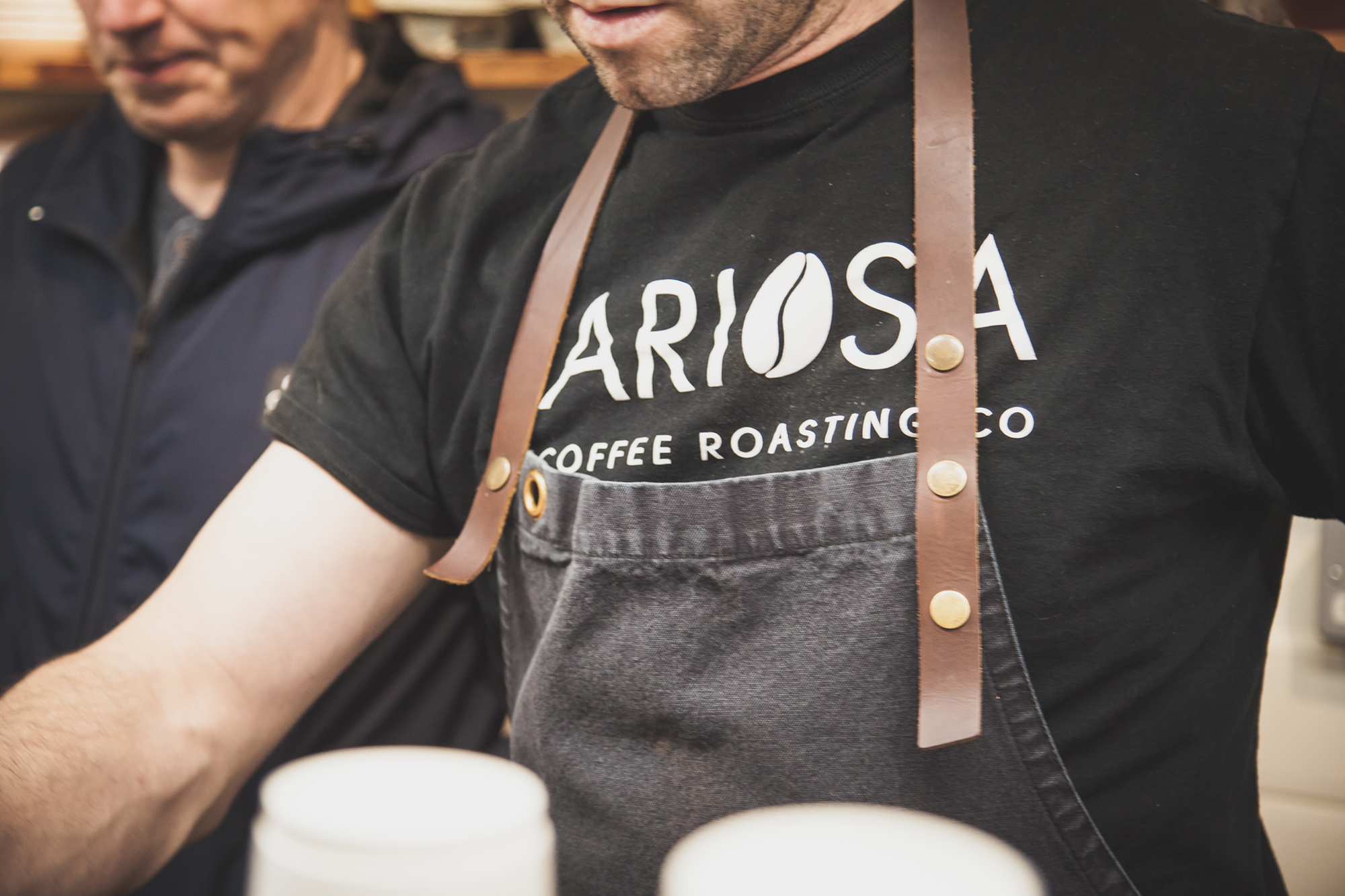 A bit about you…

How did you come to work in coffee?

I mentioned how I saw the opening in OZ. That led me back with a big idea. My dad helped my buy my first oven and I started doing farmers markets with freshly roasted beans. It was very new, well it wasn’t new as it’s been done for years but from an artisan point of view where the beans have traceability and are properly graded with a story attached, that was new.

Great, I have 3 kids so it’s always busy. I run, do the odd marathon, I play piano and I also practice the Wim Hoff method which involves taking a cold shower everyday.

What would you be doing if you weren’t roasting? Maybe you already have a side project?

I reckon I would be in the food industry anyway. I get food subscription magazines and love to cook. We have recently set up a new company because we have invented a new product for baristas which has been 2 years in the making. I can’t go into that now though. 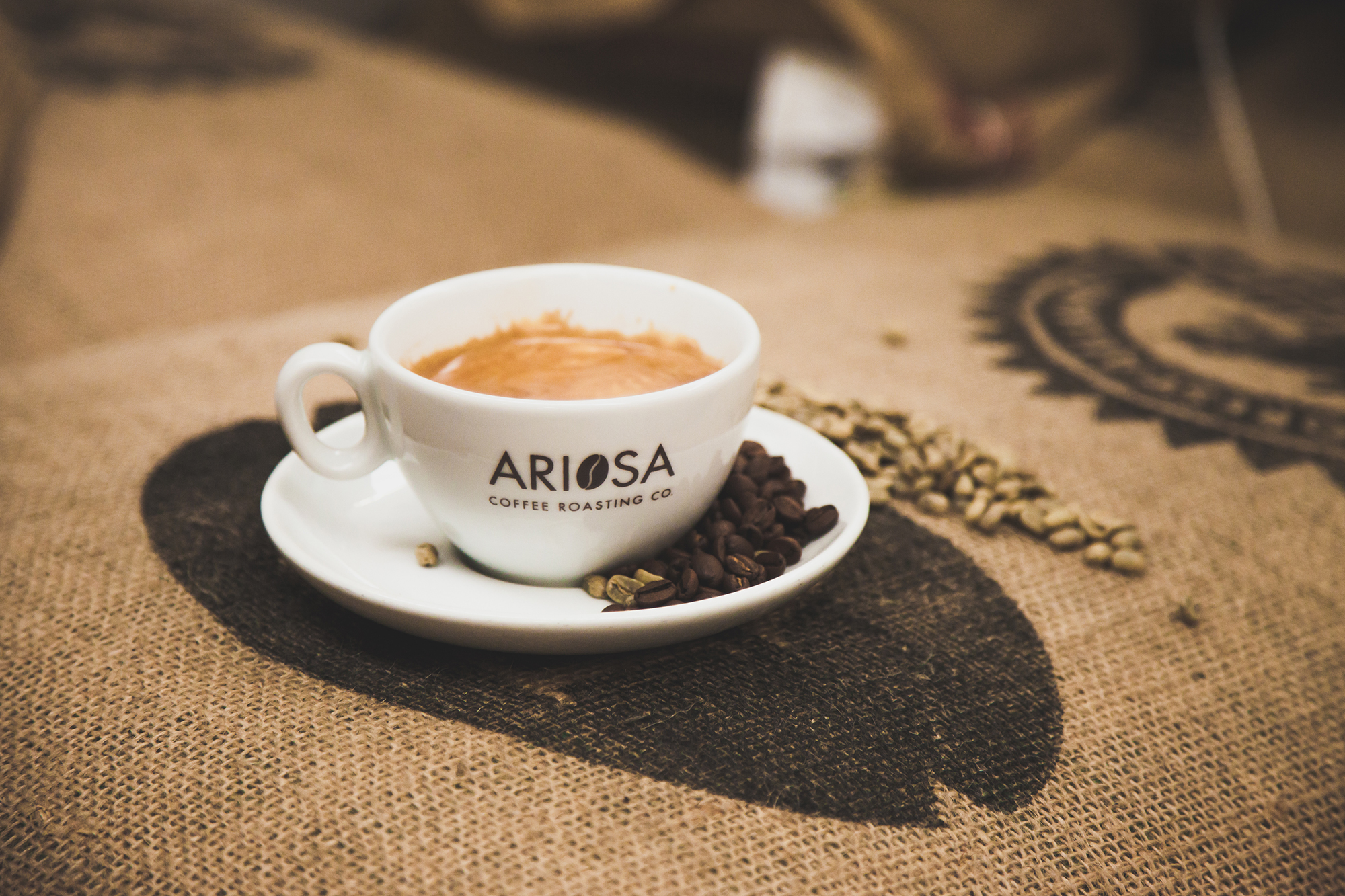 Where was the last place you travelled to?

We spent last week over on the west coast of Ireland, in a place called Lahinch. It’s a surf town, good seafood, waves and the amazing cliffs of Moher. Check out the west of Ireland, it is really beautiful.

What was the last book you read?

What’s your biggest passion or love?

How and what do you do to unwind?

Maybe you have a tip for our readers?

If you skip corners, you will end up going around in circles.

Think before you act.