Daterra’s “Coffee Mise en Place” Coffee and a chat with…

Coffee and a chat with Diana from DRWakefield

Introducing our Head of Quality and 2019 Roasting Champion, Diana Johnston.

What does a typical working day at DRWakefield look like for you?

Busy and multifaceted- always on the move. The morning starts with checking email as the time difference between London and producing countries often means they will have responded when I am at home resting for the next day. This often involves sample approvals or feedback from the cupping and grading we conducted the day before.

By 9:30am our first cupping begins, where we cup on average 12 different coffees, five bowls of each to look at consistency, which can be made up of pre-shipment, landed and offer samples. The next cupping starts around 11:30 where we cup another 12 coffees in a similar fashion. We then have a final cupping if needed, which often is the case, of another set of samples. The cupping team consists of the three quality team members as well as at least one or two traders – we want to ensure that we have a panel that can best assess the coffee fairly and accurately.

I usually then head to the roasting room and roast the samples for the next day, which can be anywhere from 12 – 36 samples depending on how busy we are. In addition, I’ll roast any customer samples that have been requested. As a quality team we split up the remaining jobs which consist of grading, roasting, and filing of samples, and communicating with our producers and customers about the coffees.

A large part of my job is to manage the quality team in order to ensure that we achieve the quality we promise, as well as communicate those expectations and results to both our customers and producers.  This means that, as a team, we need to stay up to date and educated about all things coffee and in solid collaboration with the trade team. 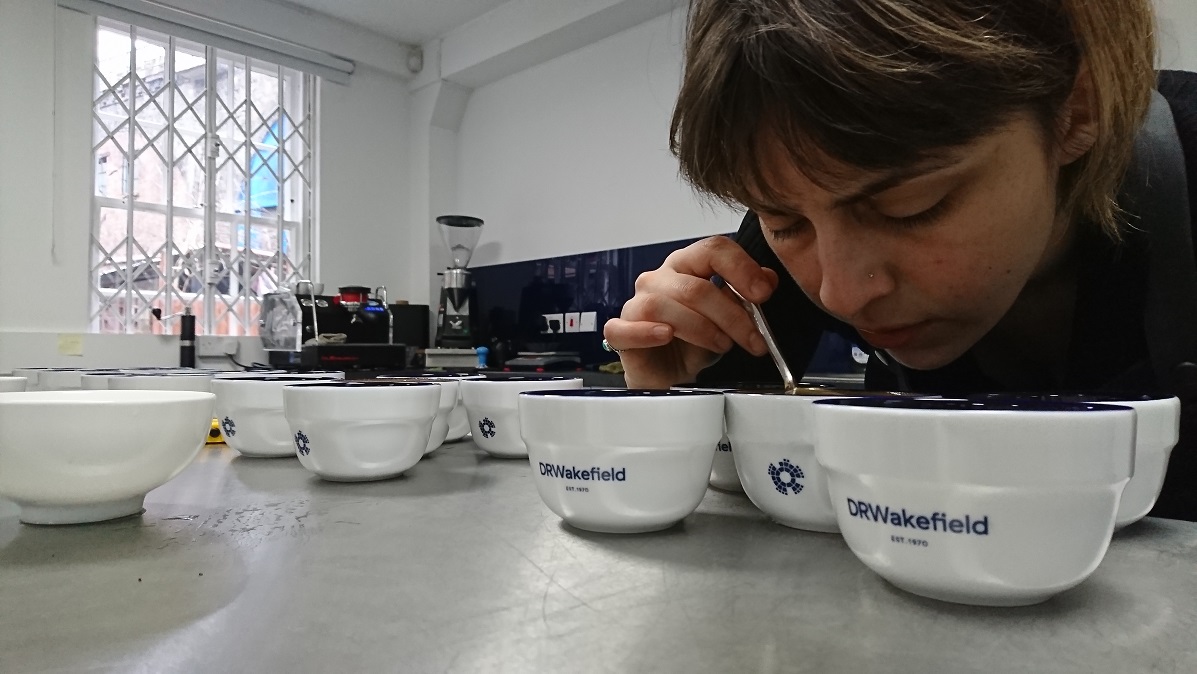 Diana cupping in the DRWakefield lab

How long have you worked in coffee?

I have been working in coffee for around 15 years. I started as a barista for Starbucks coffee back in California – it was supposed to just be a fun job while I was studying in high school. Through that first experience, I began to develop an interest in coffee that now brings me to 15 years later. Whilst I did study up to a master’s degree level at University, something which actually ended up bringing me to the UK, coffee remained a constant. It’s a field which has so many interesting twists, turns, and intriguing pathways – you could say I just went straight down the rabbit hole and ended up here.

Where did your passion for coffee initially spark from?

The beginning is one that I didn’t realise would be so influential. I grew up between two countries- Mexico and USA. In the summers I would head down to see my grandparents in Tepic, Nayarit, where my grandfather was working on the coffee farms. I have these really beautiful memories of playing in the red red soil of the mountainous region of Nayarit, and drinking café con leche with my grandmother and mother. My grandfather used to bring some of the coffee back to the house and my grandmother would roast it on the stove and then grind it with spices. Although I didn’t realise this was going to be so influential at the time, I can’t help but to think it was. I hope to one day do more at origin – in the spirit of my grandfather and the many things he taught me as a child.

What were you doing before joining DRWakefield?

I have had a whole series of jobs ranging from barista, to roasting, to training, to quality management. In my last job I was the head of training at Taylor Street Baristas, where I wrote over 16 courses and trained over 100 baristas. Something I really love is teaching and sharing my knowledge, because I have been lucky enough to have others share theirs with me. 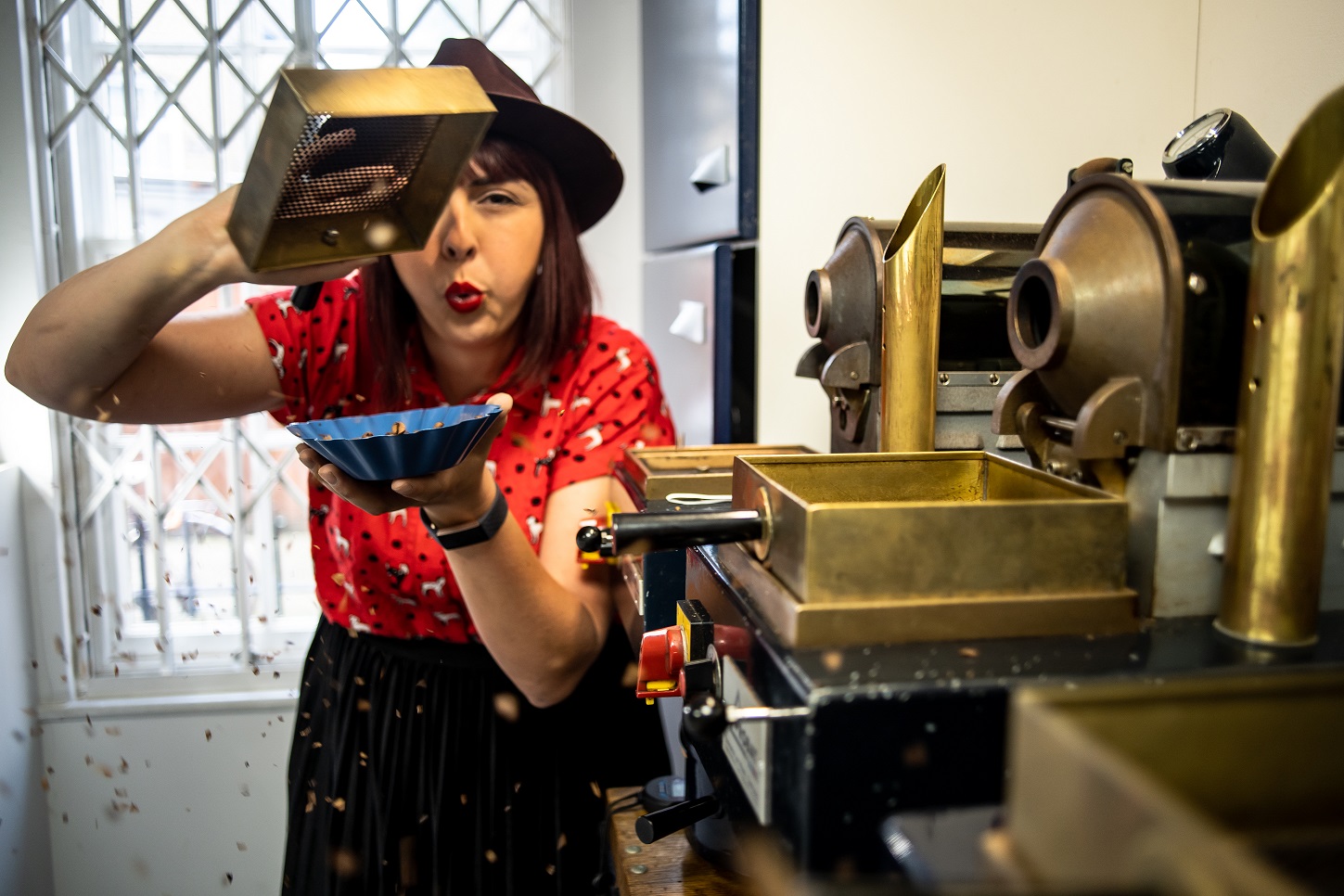 When did you start competing?

What do you think contributed to your success in the UK Roasting Championship this year?

Having failed before, with every time I didn’t win I learned something new about the competition structure or the roaster or myself. Actually, the learning about myself is probably a big part as often we as competitors are our own greatest barriers. The mindspace is pretty huge when it comes to competing.

Another big thing is the amount of coffee I roast every day, and on some pretty temperamental sample roasters. If you think about it, I have to roast coffee from all over the world on three different roasters with different personalities…at the same time…and make sure each roast is the same. Not an easy task!

In addition to this, I’ve had amazing help along the way from my colleague Jamie Treby. With every moment I doubted myself or my line of thinking he was there to help me see past those barriers and think logically. I’m pretty excited to be taking him with me as my coach for Taipei Taiwan in November. Dream Team- Double trouble! 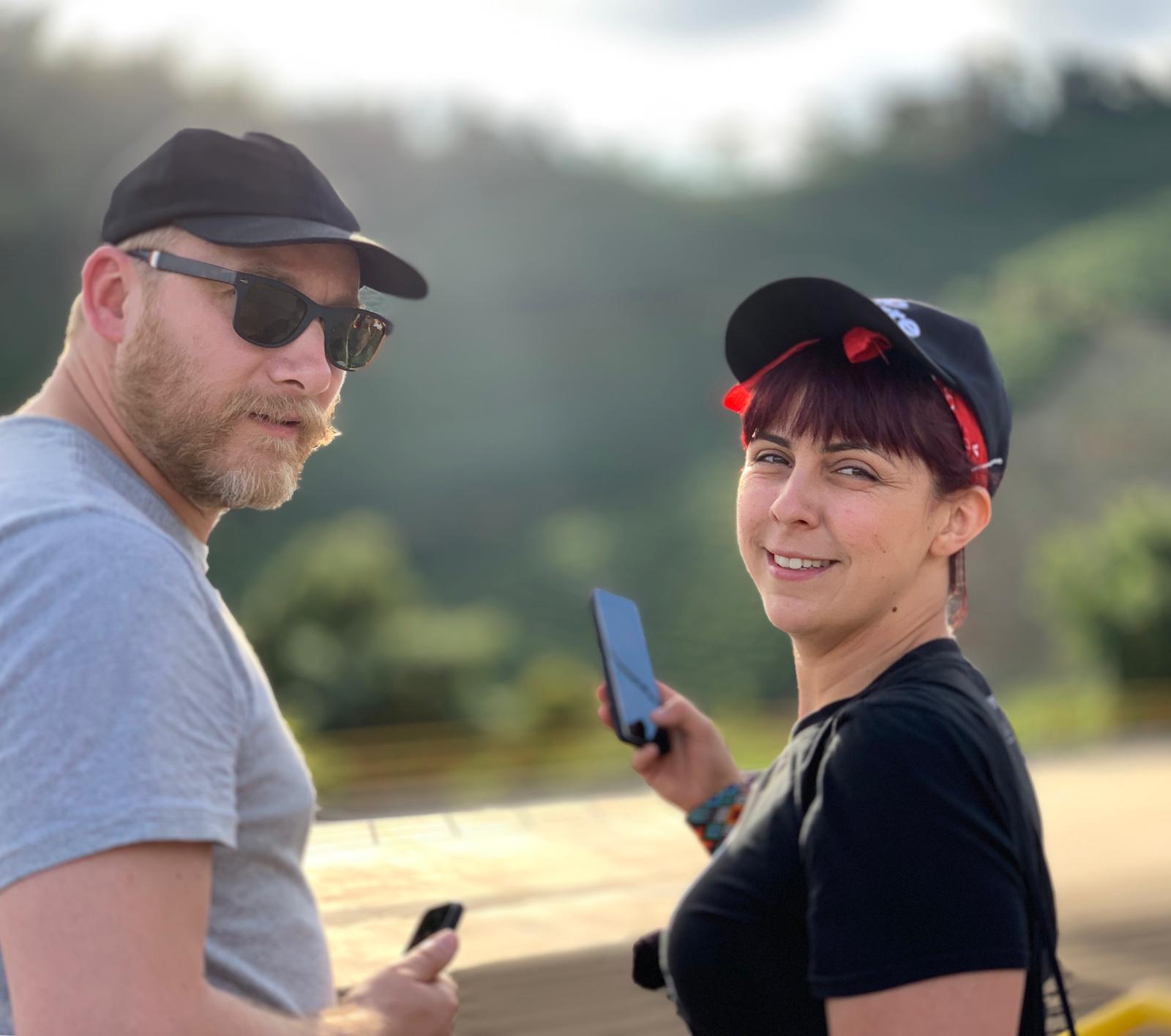 Jamie and Diana in Brazil

Live as though you may not live again. It’s possible that we have lived multiple lives…but if we do then we don’t seem to remember very well. So, with every step we should seek to experience, learn and innovate. Be passionate, positive, and genuine- and always dream big. Life is beautiful- so be sure to actually live it.

Do you have a favourite coffee origin?

Every origin has its own charm, but I must admit that I found Brazil absolutely breath-taking. The people are lovely, and the place is from a dream. 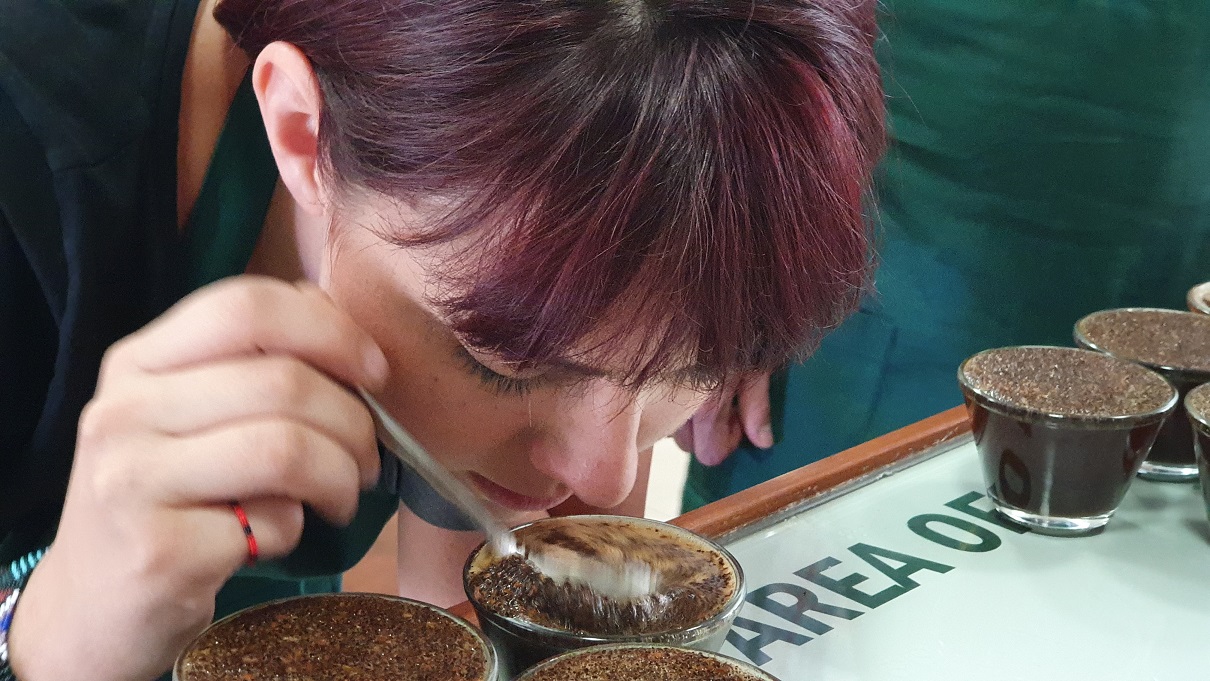 Often in a cupping bowl- sometimes through a clever dripper- usually black.

Where are you from originally?

That’s a complicated question- I am a person with no nation. Born in the states, lived between Mexico and California in my youth, and then Europe for the last ten years.

What do you do for fun outside of coffee?