Coffee and a chat with Dan from Island Roasted

How did you come up with the business name?
We’re based on the Isle of Wight so we wanted to keep that link in the name. Being an island there is a lot of support to buy local so the link was important but it also adds an interest factor for off island customers.  Many people know the Isle of Wight from a school trip or family holiday as a child, so it certainly helps start a conversation but the island has come a long way since then and has some amazing local produce which is nationally recognised.

How long have you been in business and how did the idea start?
We are a family business and started out in wholesale coffee and equipment over 20 years ago. My dad had catering trailers for a while and had put a lever espresso machine in, but it soon became very apparent that to get it serviced and maintained we were going to have to learn to do that ourselves as we were on an island.

My mum’s side of the family is Italian so she got in touch with the manufacturer Astoria, and one thing led to another and we became distributors for Astoria espresso machines and later on, Bristot coffee from Belluno 30 mins north of the Astoria factory in Italy. Dad then sold the trailers and we took on our first shop in the central town Newport (not Wales!), Caffe Isola (Italian for Coffee Island) was not much bigger than a trailer, but big enough to do quality take away coffee, panini and cakes.

One thing we were convinced of was having our own outlet we could use as a flagship store to show how coffee could be produced, was going to be a big advantage. I remember back then, there was no social media or YouTube videos, and very little info readily available on training apart from the basics, you just had to work it out for yourself. It wasn’t until about 2006 we started getting into roasting. By 2008 we had moved to a bigger shop that had space for about 20 covers and a 1kg shop roaster where we produced coffee for ourselves and a couple of other wholesale customers, so Island Roasted was born.

By now we already had a reasonable base of wholesale customers for equipment and Italian coffee, so it wasn’t long before we invested in a bigger roaster, a Diedrich IR12, to run at our modest warehouse. This was a game changer as the interest in local produce opened us up to a whole new market. Both sides of the business continued to complement each other and grow: Caffe Isola’s home now is a lovingly restored iconic building in the centre of town offering plenty of local retail produce and a wider menu, and a first floor retail gallery showcasing local cottage industry products along with a profiling roastery with an IR5 and a training room for SCA courses. Wholesale wise we now run a vintage Vittoria VT15 which we found in Sicily where my wife is from, alongside the trusty IR12. We also now have the whole family involved, what started out as just Dad and I, now involves my mum, my wife, my brother and my sister in law. 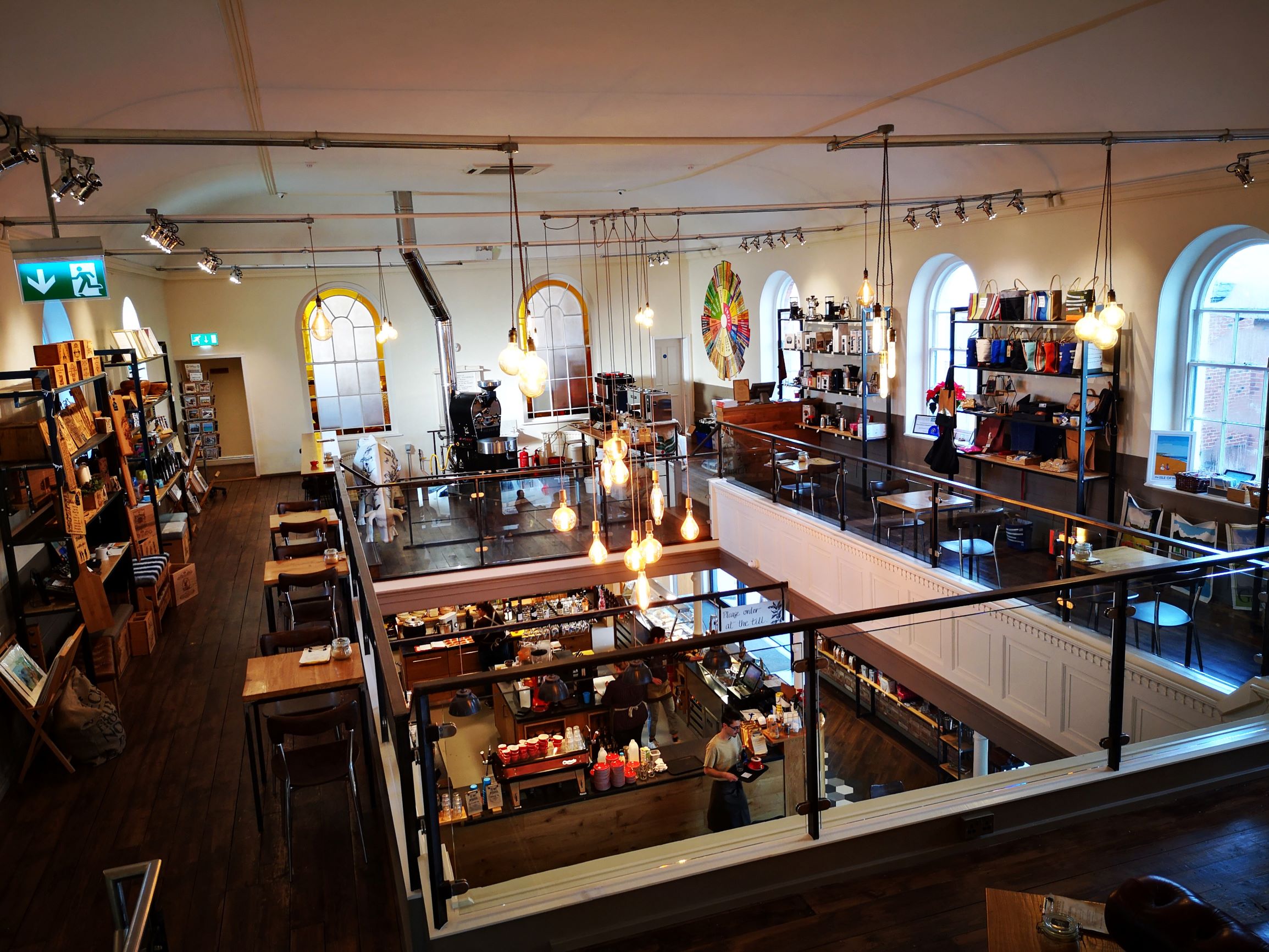 How has your business been affected by COVID-19?
Massively! The wholesale/roastery side is now operating at around 3% of our normal turnover for this time of year as our main market is supplying cafes, restaurants, destinations etc and Caffe Isola has been closed since the government directed us to do so. All of our staff are on furlough, there’s just my brother and I keeping production going primarily for web orders and a few wholesale customers that sell retail, like farm shops etc. We have seen an increase in posted web orders to the mainland and we started offering door step deliveries twice a week on the island which has been well received and is growing. Some of these will be customers that were coming in weekly to buy coffee from Caffe Isola so it was important for us to find a way to keep these customers caffeinated!

How is your town/community being affected?
Lockdown is tough for everyone but as an island there is very much a community spirit. Lots of people are volunteering to help those most vulnerable in this situation. But also as an island, a massive part of the local economy comes from the summer tourist season, some people’s main income for the whole year comes from the summer holidays so there is a lot of worry and uncertainty. Although we are massively affected right now, at least our business is year round.

What’s your favourite thing about living in your town?
It’s an island so we are surrounded by water, in fact the roastery is on the banks of a river. So it’s a great place for getting outdoors, whether that’s a bike ride with kids, surfing, paddle boarding or just a walk along the many coastal paths.

Where’s your favourite place nearby to visit?
With the lockdown we have been making the most of the coastal walks near our village, Niton. It’s only a 10min walk to St Catherine’s Lighthouse and Castle Haven Beach, a secluded stony bay, great with the kids for rock pooling. The Niton Undercliff stretches from here eastwards towards Ventnor, weaving through a maze of coastal paths, and secluded bays ending up at Steephill Cove, a picturesque fishing cove. Or you can take the old road through the undercliff and wooded footpaths. The road is no longer passable to cars due to a landslide in 2014 when it was deemed uneconomical to reinstate the road, so it is great for a bike ride with the family.

Which is your favourite coffee / origin and why?
I’m not sure I have one favourite, it’s the diversity of flavours that makes coffee so interesting. It’s the coffees that are not what you are expecting that tend to attract my attention and quite often they can be from some of the smaller coffee producing nations. Malawi, Burundi and Myanmar are just a few origins with coffees that have surprised me, but there is so much great coffee out there and a diverse range of flavours even within an origin.

What’s your favourite brewing method?
I find I favour different brewing methods for different situations. Has to be a flat white to start the day but after that probably V60. Aeropress if we are camping or taking coffee outdoors. We also go to Italy fairly regularly visiting my wife’s side of the family, there’s nothing like a moka pot in Italy! 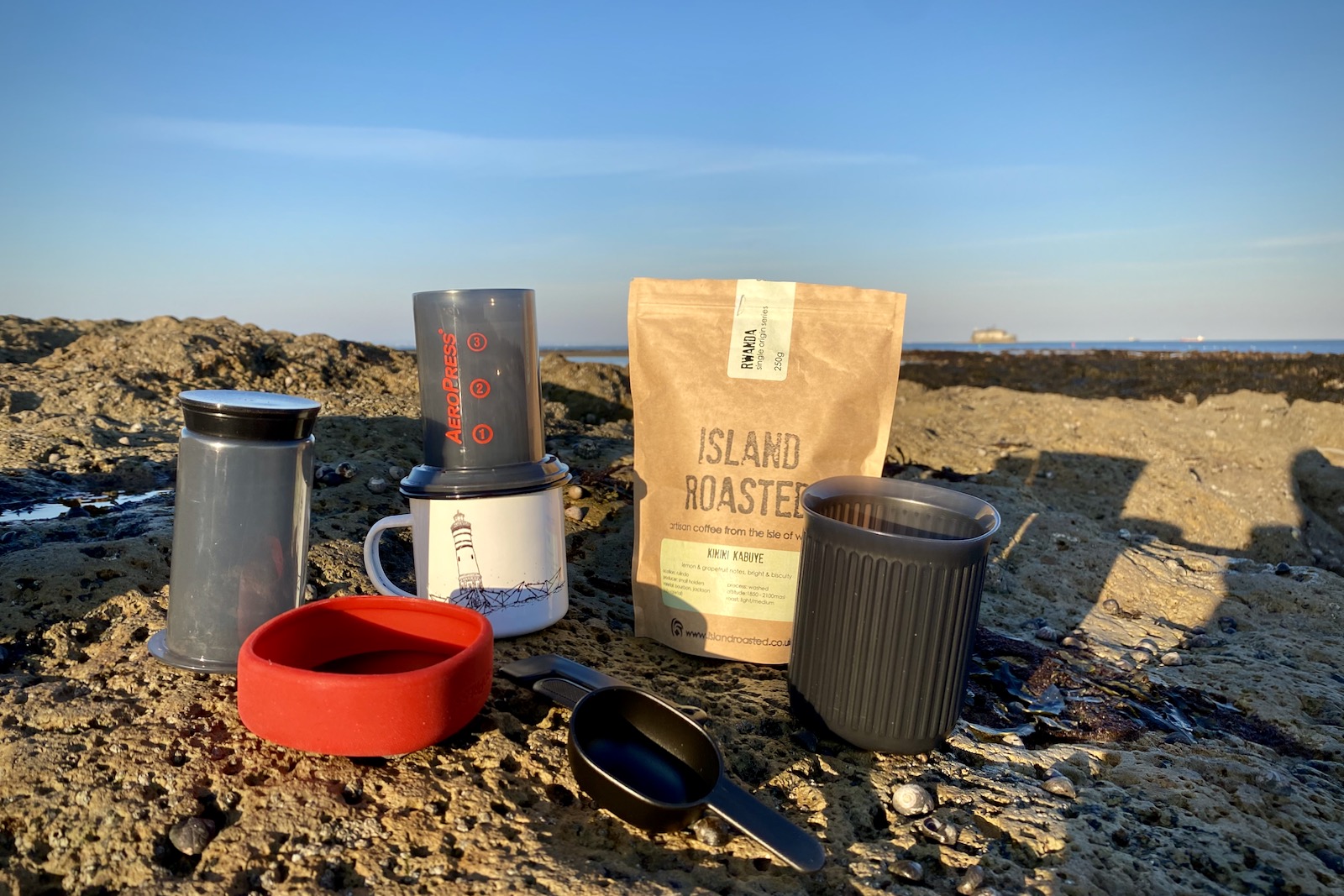 How do you take your coffee?
At the moment with the weather as good as it has been, coffee in the garden is great!

How did you come to work in coffee?
I guess it all stems back to dad starting out with the catering trailer, I helped out during a gap year and at holidays while I was at university. I studied electronic engineering so have always had an interest in how things work, so working out how to fix the original lever machine came down to me.

When I finished university, I had no interest in working for a big company so that’s when we started looking at wholesale more seriously. I also used to gig a lot with a local band back then, coffee and music always seem to go together and we found ourselves playing at a lot of events that also needed a coffee offering, in fact some of the guys in the band also became baristas!

What’s life outside roasting like for you?
As a family business there’s not a lot of time away from coffee! But my wife’s parents still live in Sicily and have land, growing primarily olives and next year we should have our first harvest of almonds too, so we go there as often as possible. At the end of October every year I go out there for the olive harvest, it has its similarities with coffee; varietals, climate and terroir all affect flavour and environmental conditions determine whether it’s a good crop with a good yield or not.

What would you be doing if you weren’t roasting? Maybe you already have a side project?
I’m also part of a small team that runs a music festival here every year, called Rhythmtree. It’s good fun and very rewarding but it’s a lot of work so one event a year is enough! With my engineering background I would probably do something technical. I have to maintain the roasters for the same reason we got into coffee machine servicing and have fitted various mods. I also have a few coffee machine mods in development but they are just a bit of fun really when I can find the time.

Where was the last place you travelled to?
Sicily – Catania is closest airport to where my wife’s family live, there’s always something special about arriving at a place that has a volcano as its backdrop.

What’s your biggest passion or love? And how and what do you do to unwind?
Getting out with the family. Paddle boarding on a calm day can be very relaxing, even with the kids!

Playing guitar has always been a great way to unwind, I used to gig a lot when I was younger, its great to see the kids now starting to get into it.