Café Granja La Esperanza – An insight into this award-winning producer

Café Granja La Esperanza is located in Colombia, in the department of Valle del Cauca, with one farm in Cundinamarca. The first farm Potosi was acquired in 1930 by Israel Correa and Carmen Rosa Vega when they arrived in Valle del Cauca, after seeking unoccupied land to start a farm.

They had 14 children and of those Blanca Ligia Correa married Juan Antonio Herrera and they were assigned to work on the farm in 1945. They decided to introduce the new varietals Yellow Bourbon, Red Bourbon and Caturra to the existing Typica.

In the late 90s two of Blanca and Juan’s 11 children (Rigoberto and Luis) gave the farm a new direction, acquired more farms and turned Potosi farm to organic production.

Today the farms are still owned by Rigoberto Herrera and are renowned for producing speciality coffees with varieties like Mokka, Geisha, Bourbon, Pacamara and Sudan Rume.

In Cerro Azul just the Geisha variety is grown because there is the ideal microclimate for it at 1700 – 2000 masl and a temperature variation of 15 – 21 degrees Celsius. It is called Cerro Azul or ‘Blue Mountain’ because when Don Rigoberto was living on the La Esperanza farm he could see the mountain from his house, which to him looked blue and white because of the mist which surrounded its peak, on visiting the land he felt positive energy from the land and neighbours so decided to buy the land for this farm.

Las Margaritas is their self-named ‘garden of varieties’ they have coffees such as Geisha, Mokka, Laurin and Pacamara. They are also currently growing a Pink Bourbon which hasn’t given the first crop yet and a Lupe Maria which was bought to the farm from the Galapagos Islands by the former quality director. It comes from a cross of SL28 and Bourdon Sidra.

On the La Esperanza farm Laurina, Colombia, Geisha, Yellow Bourbon, Caturra and Mandela varieties are grown. They also have five permanent staff who both harvest and train the seasonal workers before they start picking coffee.

The Potosi farm was the first farm owned by Don Rigoberto’s family and it started as an Organic Certified farm in 2006, the decision was made to stop growing organic here in 2016. The farm now focuses on quality and in 2018 two lots were renovated with new varieties like Geisha and Sidra. Other varieties also grown here are San Juan, Colombia, Castillo, and Mandela.

The Hawaii farm is named after the Mokka plant which is grown here – it was originally brought to the farm from Hawaii. It’s a variety which is difficult to produce but their harvest in 2019 was the most productive in many years. 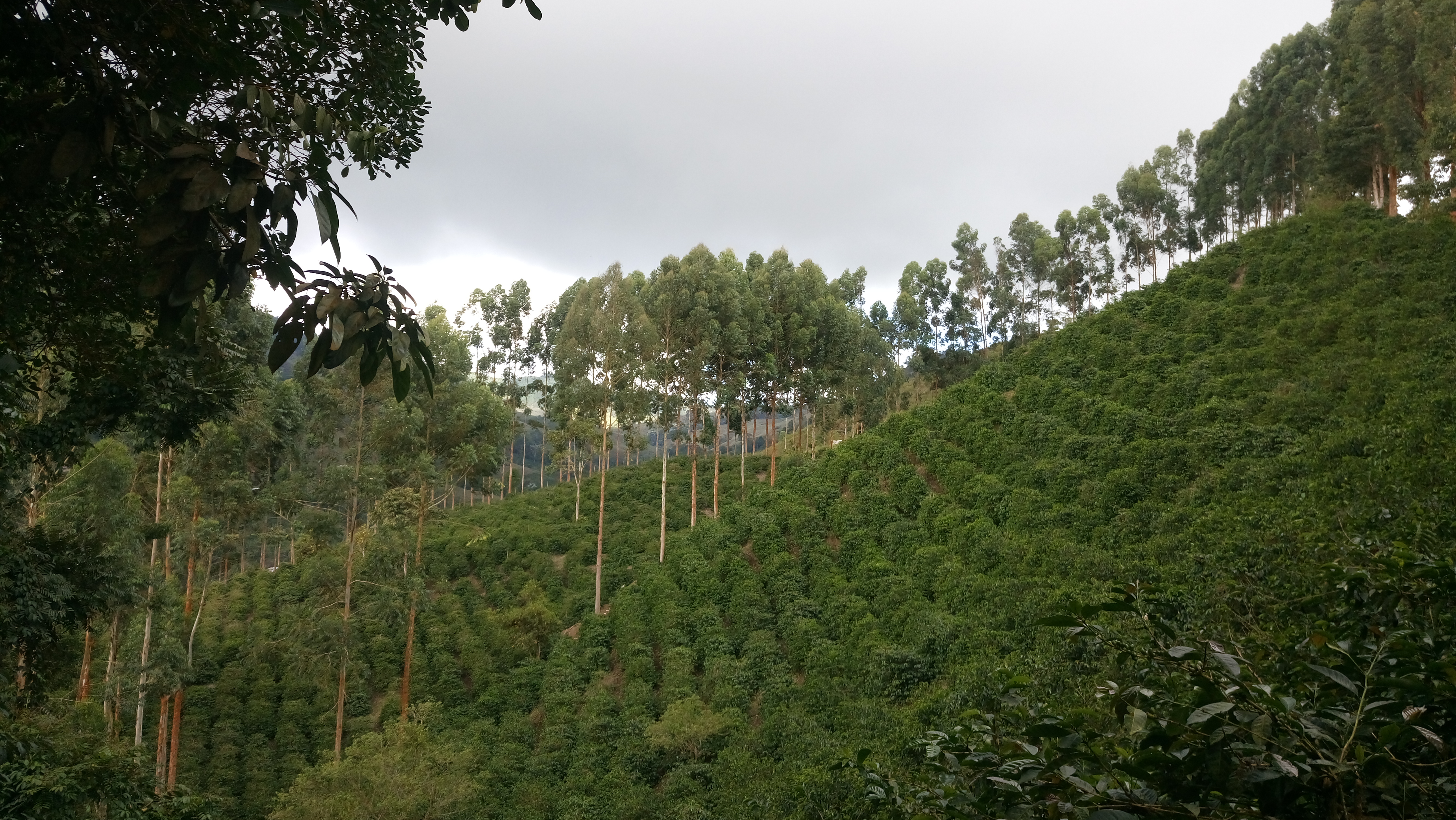 They continually develop their coffee offerings by sourcing varieties not commonly grown in Colombia, tweaking processes to get the best from each variety of coffee and using grafting to improve existing coffee varieties. For example, they have produced Mokka trees (which are usually 2 metres tall) into medium-sized trees (roughly 1 meter and 20 cm), which makes it a lot easier to pick the fruit and to fertilise the tree.

They are currently working on making the roots of the Geisha tree stronger. They have grafted it with a Sudan Rume, Yellow Bourbon and Laurina (to see how it reacts with a lower caffeine variety). they have not produced a crop yet so we will see how it affects the taste!

As well as the processes of fully washed, natural and honey. They have some unusual takes on processing you may not have heard of:

Natural XO – so named because of its similarity to the flavours of 10-year-old cognac. Cherries are fermented in temperature-controlled tanks for 30 hours which creates distinct liquorice notes. After fermentation, the coffee is left to dry from 48 to 72 hours in the silo. Varieties processed with this protocol are Pacamara, San Juan and Geisha.

Natural 3 Dragones – so called because of the mechanical dryers (silos) which are used as part of the process to dry this coffee have been said look like dragons breathing fire. The coffee is fermented for 10 hours in a controlled temperature then left for 48hours in the silo to dry, it is then moved to mechanical dryers for 24 to 48 hours and then returned to the silo until it reaches a humidity of 11.5 to 12%.

Natural Light – this process is used with Colombia and Caturra varieties from the Potosi farm – the coffee is fermented for 15 hours under controlled temperatures, then it is slowly dried in a dehumidifier for 72 hours. 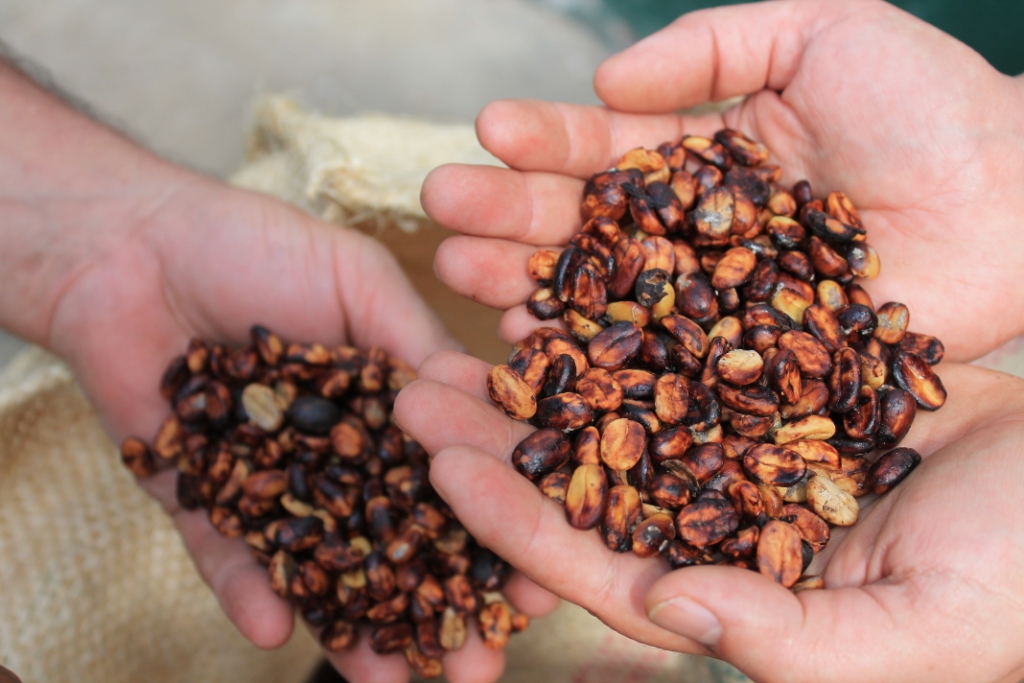 Las Margaritas has a school which the cherry collectors’ children attend, they study standard subjects along with classes dedicated to learning about coffee farming to cultivate an interest early on. Labour in the countryside is getting ever more expensive and with fewer people wanting to take those jobs the average age of pickers increasing.

They have camps for workers to sleep in during harvest time in Las Margaritas, Cerra Azul and La Esperanza farms. They are all separated into male and female dorms, of which the numbers are equal.