How to Roast Decaf Coffee Puno Coffee and Conservation Project

Brazil is well known to be the world’s largest Arabica producer and has held that title since circa 1840. Its green coffee production volumes vary year on year, but overall, there has been a continuous upward trend since the late 1720s when it was first planted in the country. Data from the International Coffee Organisation (ICO) indicates that in 1990/91 farmers produced 27.28 million 60 kg bags, whereas in 2018/19 it had swelled to 65.13 million with the addition of new trees and improved agronomic techniques. This rise in production over time does not follow a smooth curve but rather dips and peaks. This is demonstrated clearly when comparing the 2018/19 crop to the 2019/20 crop of 58.21 million bags, a difference of 7.08 million. 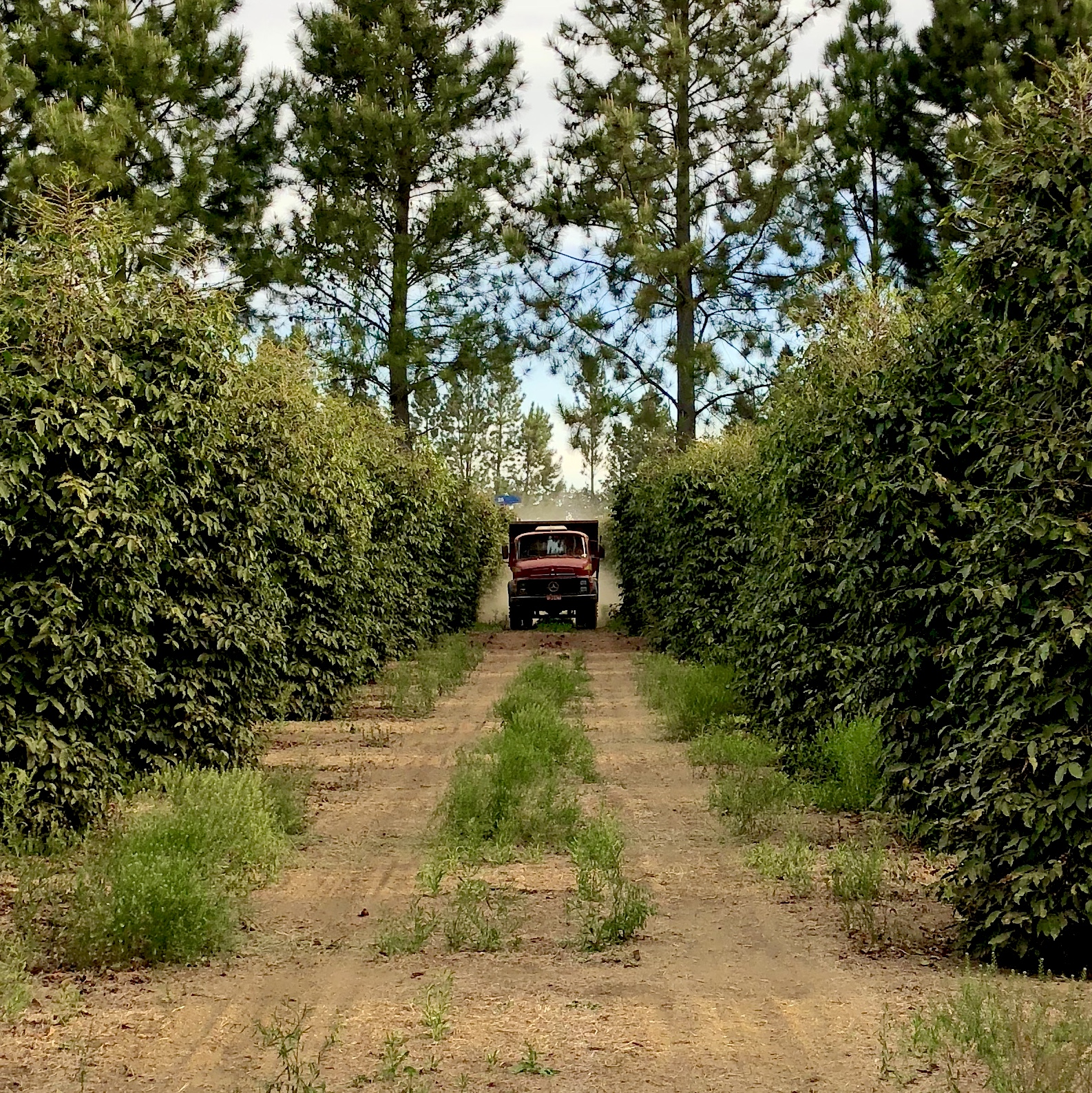 Crop years ending with an odd number, e.g. 2018/19 tend to have a significantly larger production than the year preceding it. Of course, there are a couple of exceptions to this rule, such as in 2000/01 and 2014/15, as shown in the graph below. 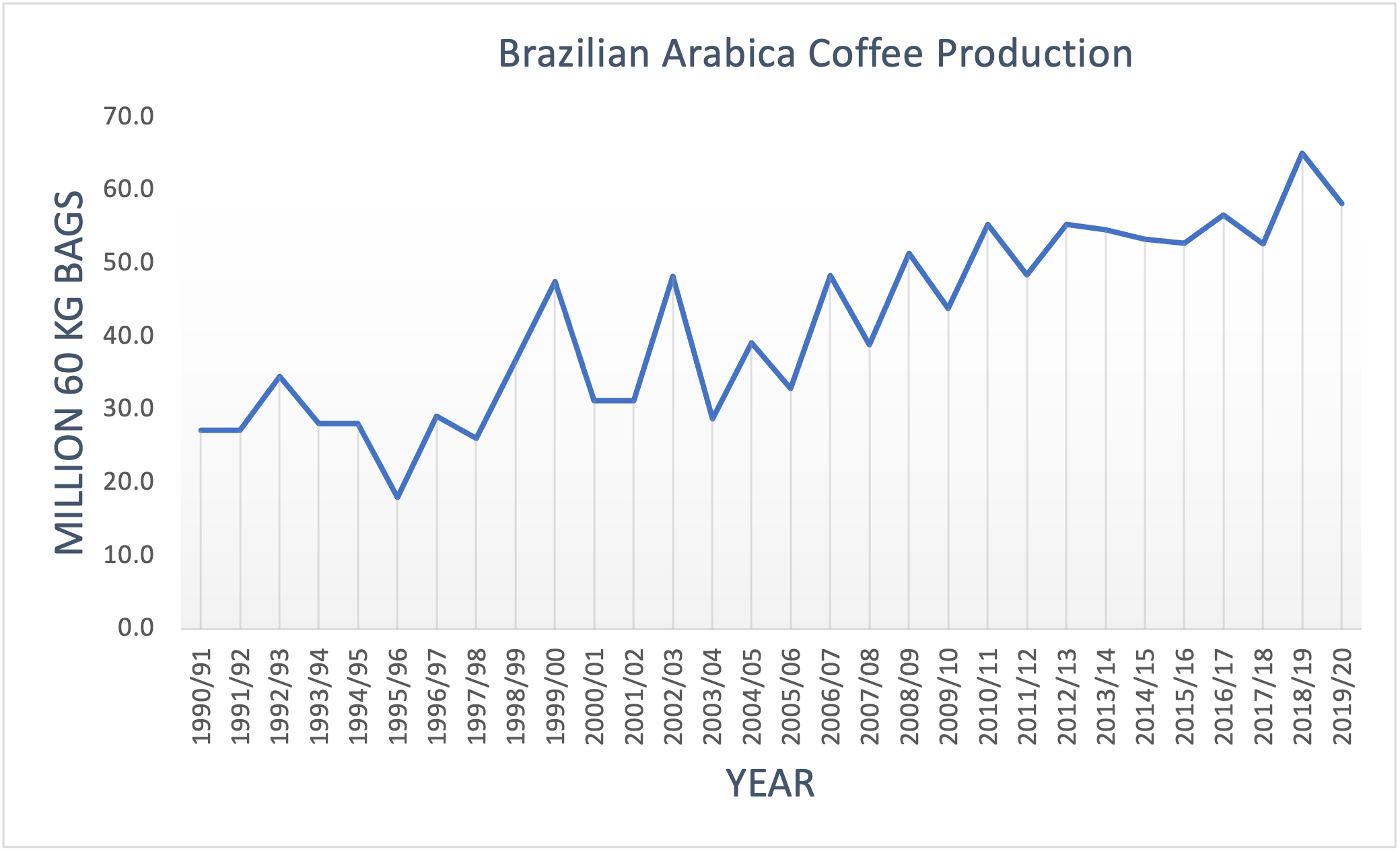 Data from the International Coffee Organization.

Like in other growing countries, these shifts in bag numbers can be due to outbreaks of disease, planting of new crops in place of coffee, and singular extreme weather events. However, reports written by exporters, and other market analysts alike, also refer to the biennial production of coffee as a reason for these swings and often quote the ‘on year’ and ‘off year’.

But what is the biennial production, and how can it cause such large movements in the total volume coming out of Brazil?

Biennial production is where a fruit tree produces higher yields in alternating years. It can be naturally present in the genetics of the plant, as is the case for coffee, or caused by environmental factors, namely weather events.

It takes nearly two years to complete the fruiting cycle in coffee. If the tree has a highly energetic year in the first year, most of the energy is funnelled into developing the fruit crop, and less is put towards new branch growth. This will mean a smaller area of branches for cherries to develop in the subsequent year, as cherries will only grow on new branches. In the second year, because less energy is diverted to cherries, the plant switches to new branch growth, allowing ample room for fruit set the year after, completing the cycle. Our friends at Daterra have produced a great infographic to illustrate just this. 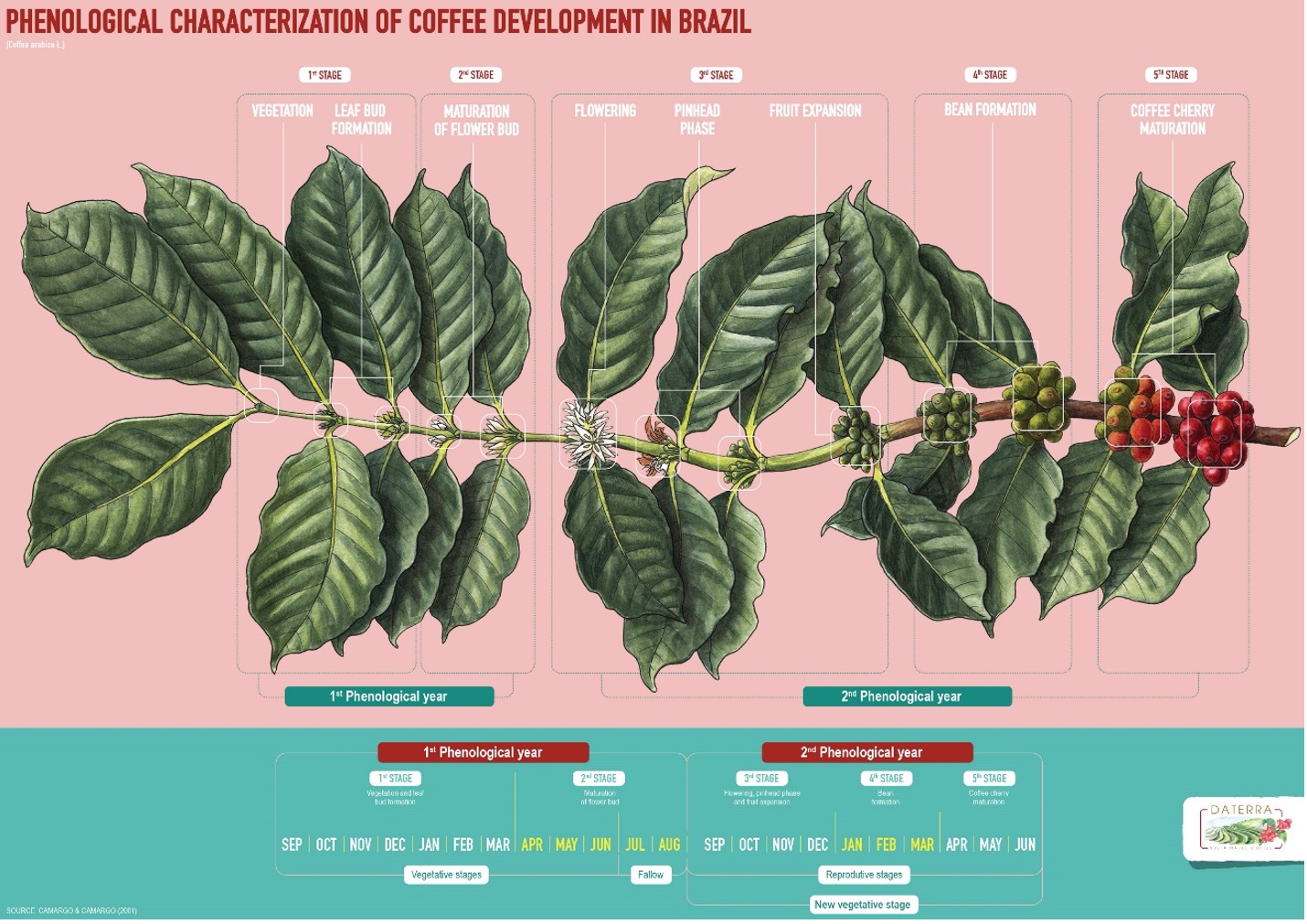 How this could cause an ‘on year’ and ‘off year’ in a single field or farm seems easy to understand. But how could this be the case over thousands of farms when they have been planted in different years and are subjected to different agronomic treatments? It would be reasonable to assume that for every field of coffee trees planted one year, there would be a similar number of trees planted the following year, causing the country’s overall yield to level out.

The answer to this is mostly due to the climatic events that occur over large areas of Brazil’s coffee-growing regions overriding the genetic cycle. For example, a farm may be expected to deliver its ‘on year’ potential, but a drought causes the plants to drop their fruit and produce a low yield. Conditions are just right the next, and so the trees produce a heavy crop, essentially reversing its cycle. This can occur on a large scale. Suppose there is a drought significant enough to affect the total production statistics of Brazil in one year. In that case, it means that the subsequent recovery of the trees in the following year will also be on a large enough scale to be noted on the datasheets. Large disease infestations can have the same effect.

Furthermore, if farmers are forecasted to have a lower yield one season, they may take advantage of the low harvest year to carry out agronomical treatments in their coffee plantations. This would reduce costs or loss of income by decreasing fertilization or pruning of trees. Not only would this result in a smaller crop that year, but the treatments designed to increase production the next year should do just that. Although there may be many farmers in an area with different trees at alternative stages of the cycle, they will be subjected to the same weather conditions and are likely to also fall into the same patterns of treatment, causing an artificial cycle that combines with the natural biennial production determined by the climate. 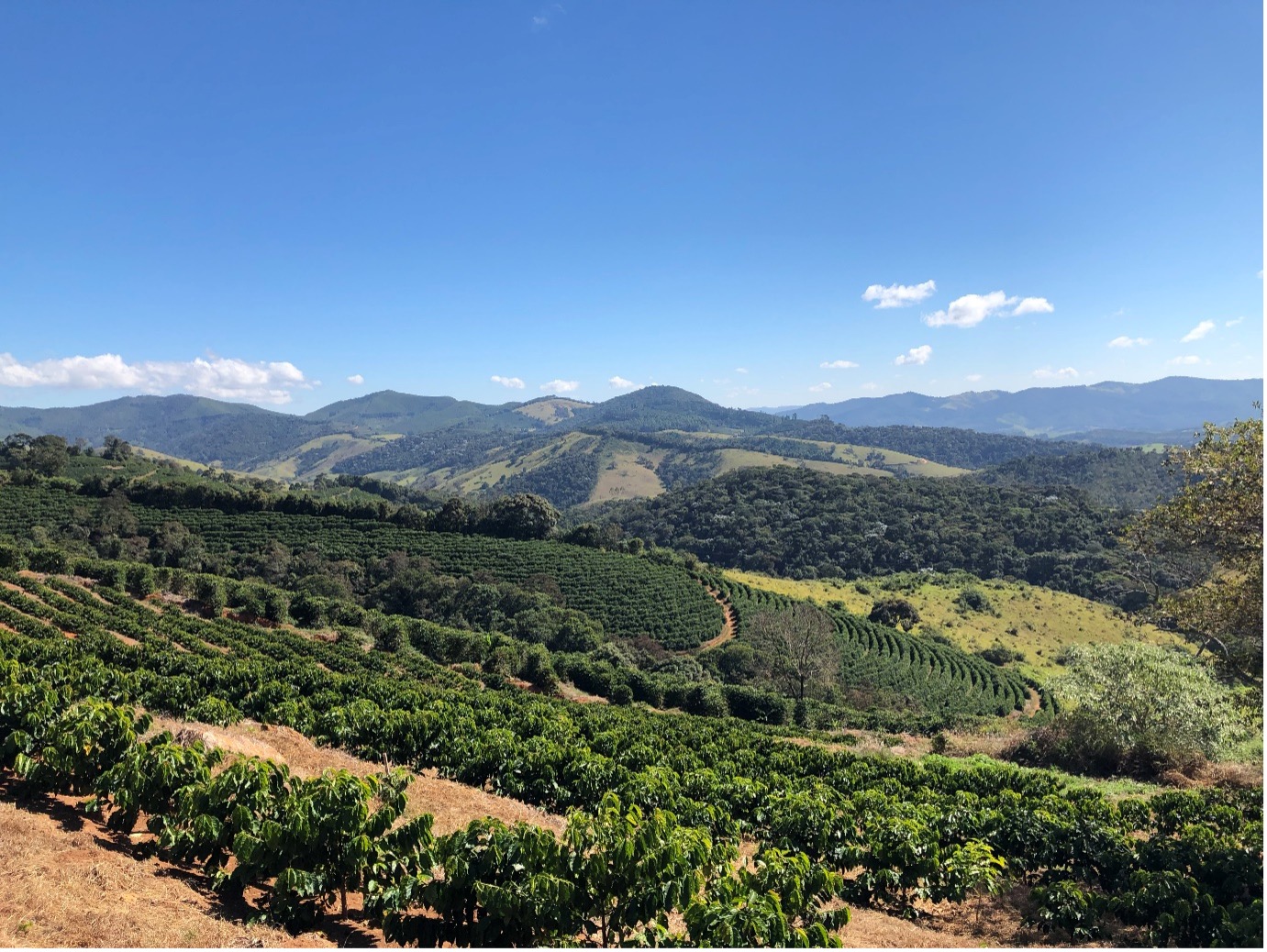 Some claim that this alternation can be due to incorrect management. Good management practices, such as adequate nutritional supply and spacing, can reduce the impact of the biennial production cycle. Attention to weed control and proper shade cover can also help genetic variation in production. Brazil is particularly susceptible because so little coffee is grown under shade. We don’t see other producing nations like Colombia, which boasts the second-largest annual Arabica production (although still only about a quarter of Brazil’s), suffer from this swing on a national scale because the individual farmers don’t all fall into the same agricultural rhythms. 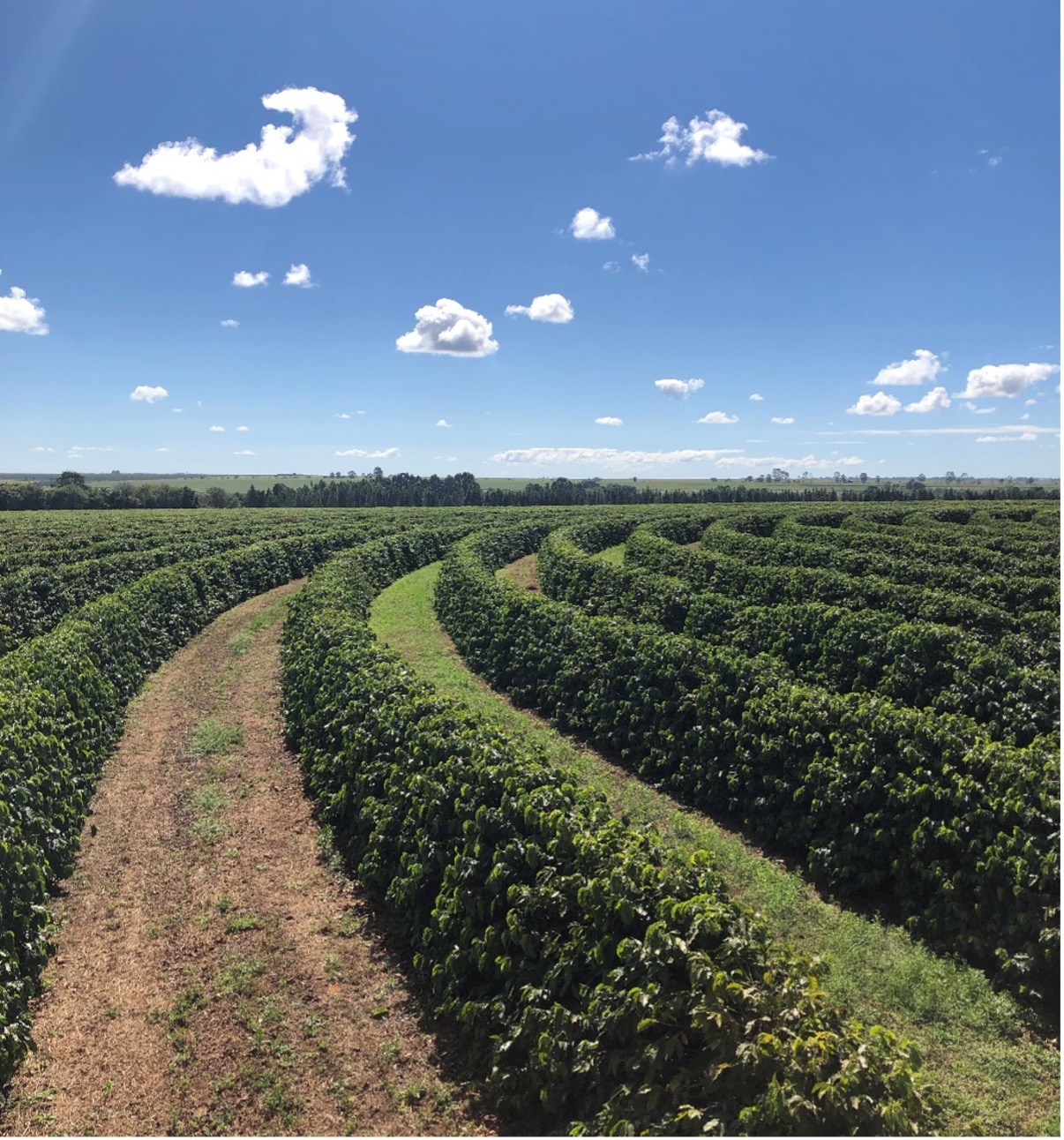 Rows of trees at Daterra, Brazil.

These annual swings in production can cause supply and market price volatility as demand for Brazilian coffee remains consistent whether it’s an ‘on year’ or ‘off year’. Because Brazil is such a significant player in the market, the number of bags being exported is one of the key factors that drive the NYC price. When inventories are high, the effect is less, but when they are lower, it becomes more relevant. Roasters are sure to feel the impact, but it is likely to significantly affect coffee growers more than other market participants.

My thanks to Diulie Moreira and Priscila Castro for their insights.