Swiss Water was born from lateral thinking. In an industry that has by and large attempted to grapple with the problem of potentially harmful chemical processing in the production of its decaffeinated coffee, the Swiss Water method, pioneered in Schaffhausen, Switzerland in the early 1930s, sidestepped the need for selective chemical extraction in favour of a completely organic, additive-free method.

“A large percentage of the world’s coffee decaffeinators use chemicals such as methylene chloride and ethyl acetate, also described as sugar cane, to strip caffeine from the coffee beans,” explains Marisol Pinzon, Export Manager of the Swiss Water Decaffeinated Coffee Company Inc., which was founded in 1988.

“The Swiss Water Process is a chemical free process which relies on water from the Coastal Mountains of British Columbia and a proprietary carbon technology to preserve the origin character, while gently removing the caffeine. There are no additives or sugars added during the process.” 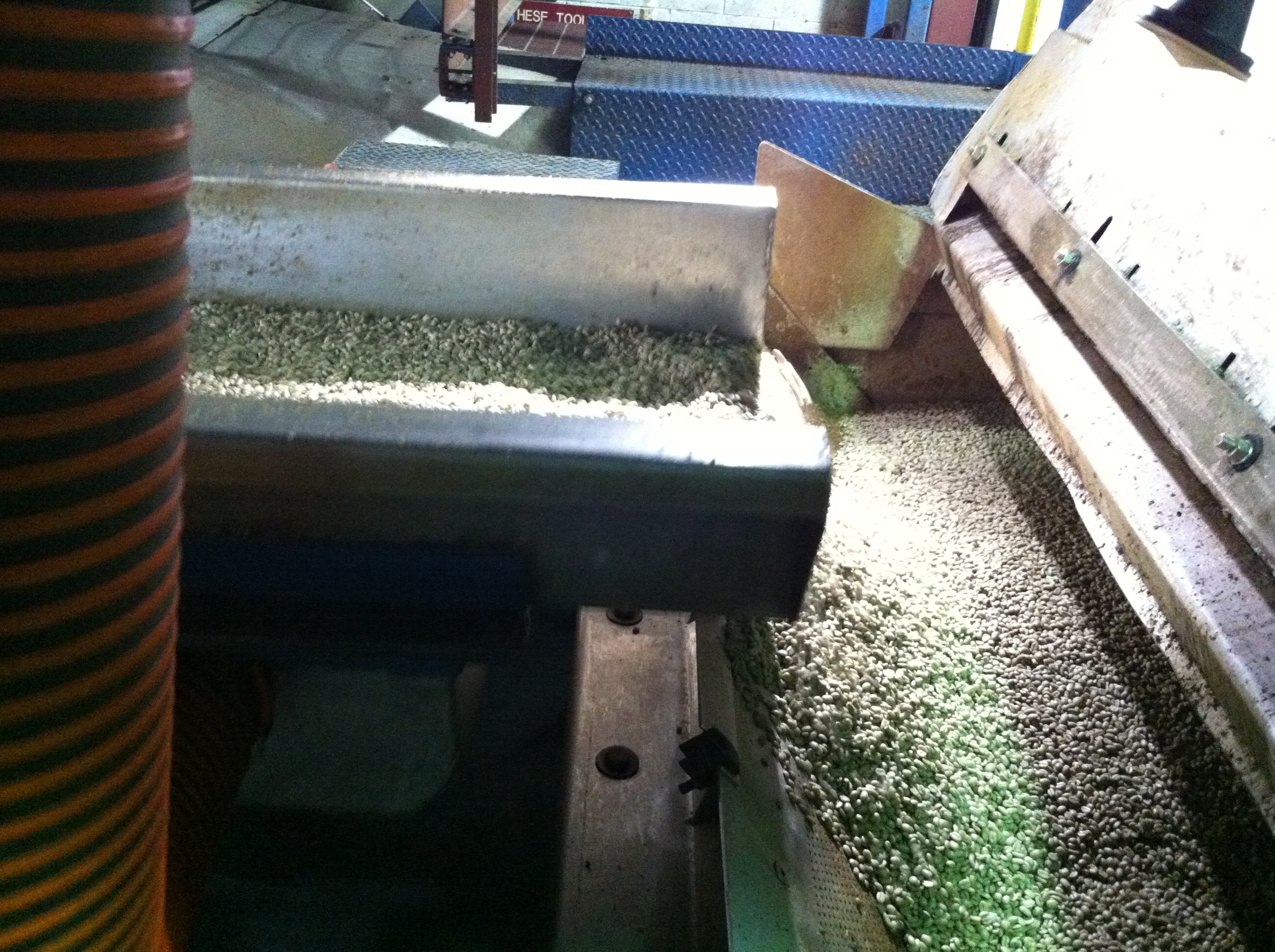 Other decaffeination methods require the use of a chemical solvent that selectively extracts the caffeine without doing the same to other molecules that comprise the coffee’s flavour, such as sugars, proteins and cellulose. Some of these chemical solvents, however, are known to be carcinogenic, even if solvents such as methylene chloride can be used at safe levels according to the U.S. Food and Drug Administration.

The ingenious part of the Swiss Water process is that it finds a way to remove the caffeine molecules without having to add any chemicals.

First the green coffee extract is boiled in water, which is then passed through an activated charcoal filter. The purpose of this filter is to capture the larger caffeine molecules while letting the rest pass through.

This flavoured, filtered, decaffeinated water is then used to boil a fresh batch of coffee extract. And here comes the clever part: as the hot water is already saturated with all of the other molecules except for caffeine, only the caffeine in the fresh coffee extract diffuses into the water. This caffeinated water is then passed through the charcoal filter repeatedly, gradually reducing the caffeine content of the bean.

The Swiss Water process was conceived almost a century ago—so it’s been around for quite a while. But the company that originally distinguished itself through innovation has not been idle in the years since.

“In the last seven years, we have implemented many quality improvements,” says Marisol. “We have applied the Six Sigma methodology, which is a data-driven approach for process perfection. It has dramatically reduced variation within our process and generated more consistency.

“In addition, by amplifying our carbon’s ability to absorb caffeine molecules while retaining more chlorogenic and amino acids, flavour in the cup is improved. Also, the green decaffeinated coffee beans are now easier to roast.”

The result is a method that is more efficient than ever, and a coffee that is now 99.9% caffeine-free.

But the coffee itself is not the only area in which Swiss Water have sought improvement. The Swiss Water Decaffeinated Coffee Company have tried not only to be more efficient, but conscientious too.

“We believe in giving back to the people who grow our coffee by supporting a cause that is both relevant and valued by our customers and employees,” Marisol says. “This is why we are proud to provide major corporate support for Grounds for Health, an international non-profit organisation that works with coffee-growing communities to provide life-saving women’s healthcare services.

“GFH’s primary focus is on the early detection and treatment of cervical cancer, the leading cause of cancer death among women in developing countries.”

It’s an initiative implies that Swiss Water see themselves as part of a global community, aiming to run their business in a way that is ethical as well as profitable.

As of 2015, Swiss Water are doing a brisk trade despite broader economic difficulties. “We have grown our volumes despite the relatively stagnant growth of the global decaffeinated coffee market,” Marisol tells us.

To what do they attribute this continued growth?

“Our success is the combination of several factors,” says Marisol.  “A dedicated, focused team of people who have spent many years—if not decades—immersed in the specialty coffee industry; a proprietary, chemical-free decaffeination technology, meticulously developed in-house over the past 27 years; and a complete, needs-based customer service programme and multi-faceted marketing programme.

“Underlying it all, there is a genuine, company-wide desire to consistently produce and deliver amazing coffee without caffeine.”

In the global market, their reputation precedes them. It also helps that they are defined by a unique market position.

“The Swiss Water Process is the world’s only branded decaffeination process,” says Marisol. “It enjoys substantial recognition by the specialty coffee trade and is demanded by informed and discerning coffee drinkers. Our invitation is to try different Swiss Water Process coffees and judge for yourself.”

If you are a roaster, you can contact the team here at DR Wakefield, an official partner of Swiss Water, to arrange a cupping session. Alternatively, if you are a consumer, you can check out the Swiss Water store locator.