Good day. Welcome to the fortnightly DR Wakefield Market Report for the period covering 25th of Jan to 5th of Feb. 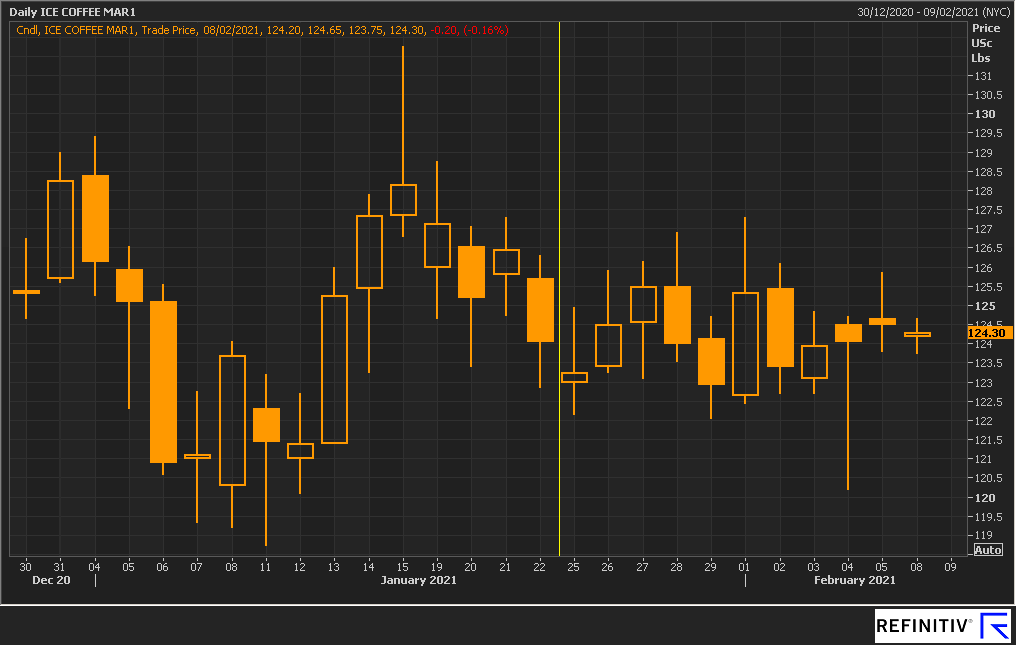 Arabica certified stocks continued their ascent with Brazil comprising nearly 40% of the total.

Monday the 25th of January opened at 1,346 $/mt, 30 $/mt more than the same time 2 weeks previous. It could not sustain this level however, and went on to dip over the course of the following week, before closing Friday 5th of February at 1,340 $/mt. The harvest has wound up in Vietnam and farmers are in no rush to sell.

Guatemala SHB levels remain firm and many think these levels are the new normal due to the scarcity of washed milds. Reportedly many certified (RFA & Utz) under grades were sold at Fairtrade Minimum pricing, which has produced a scramble for what is left.

Production in Côte d’Ivoire, Africa’s third largest Robusta producer, is estimated to fall by 8% to 1.78 million bags. Coupled with the decline in production in Vietnam, global Robusta output is projected to decline by 2.6% to 70.02 million bags.

Usually we talk about origins of production but I thought it would be good to mention an origin of destination this week as The United Kingdom officially became a member of the International Coffee Organisation (ICO). 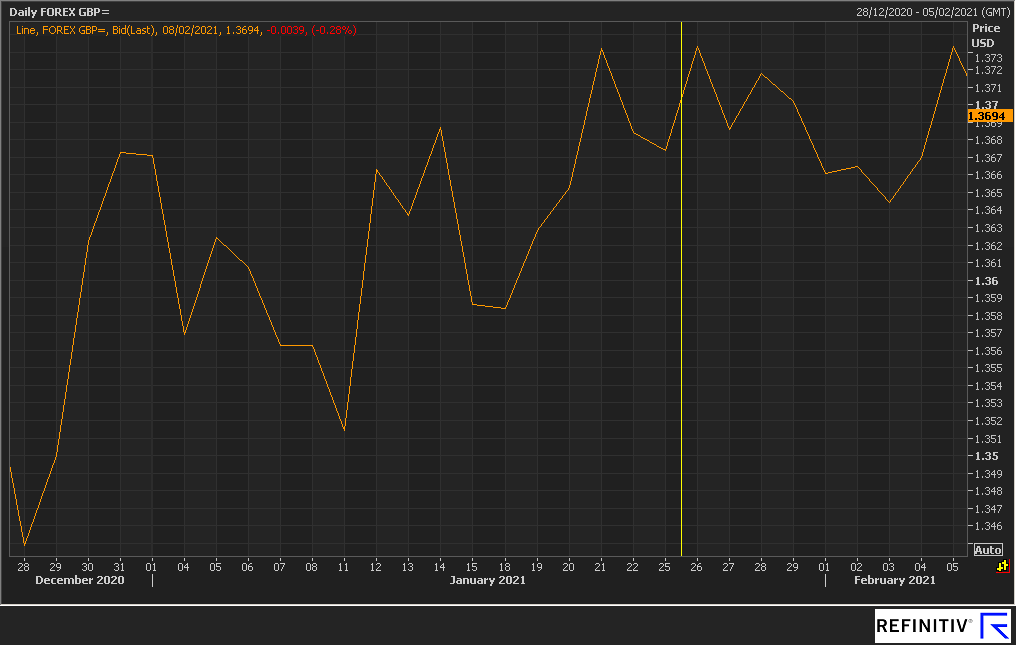 Monday the 25th of January saw 1 £ Sterling buy 1.367 USD. This was high when looking at a 6-week perspective but it had been trending downwards for a few days. The new week bucked this trend and the £ gained value and reached the lofty heights of 1.373. Again, 1.375 was not to be tested and the £ lost against the USD the following day. There was a pullback on the 28th, only for the down trend to continue and we saw the lowest point of the 2 weeks on February 3rd, at 1.364 before finishing Friday hovering just below 1.375. This surge upwards was due to the Bank of England’s unanimous vote on the 4th to keep its interest rate on hold at 0.1% and to maintain the bond-buying programme at £875 billion. Although The Bank of England decided to stick with 0.1%, it also asked banks to prepare for negative interest rates within the next six months. It stressed that this does not mean the Monetary Policy Committee believes such a move would be required, but this clearly means negative interest rates could be a possible outcome in the medium term. 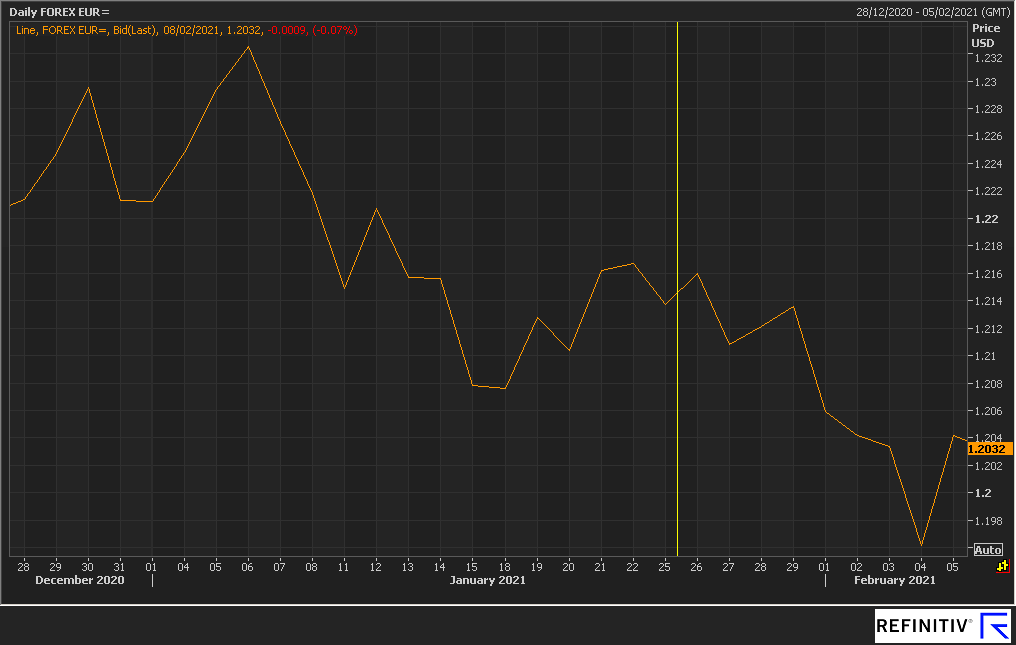 Monday the 11th of Jan saw 1 Euro buy 1.214 USD. It strengthened to just above 1.22 but could not hold there and retreated to below 1.215 as the Dollar strengthened and the Euro was dented by Merkel’s comments that indicated lockdown measures were likely to stick around till spring. The tardiness of the vaccine rollout further undermined the Euro and on the 15th it slumped to 1.207. The weekend’s trading was quiet and mostly sideways. The promise of a giant economic stimulus package from the Biden administration created a positive mood in the market and the optimism caused the Dollar to weaken over the next few days with EUR/USD closing Friday 22nd at 1.217.