Welcome to the October market report. With austerity reportedly over, you could argue it got much rosier here in the UK. However, we all know to be cautious with what British politicians tell us. In this report, we head to Rwanda, Peru and Guatemala. We’re also changing to a candle stick graph format when analysing the New York Coffee Market. Find out why later in the report! 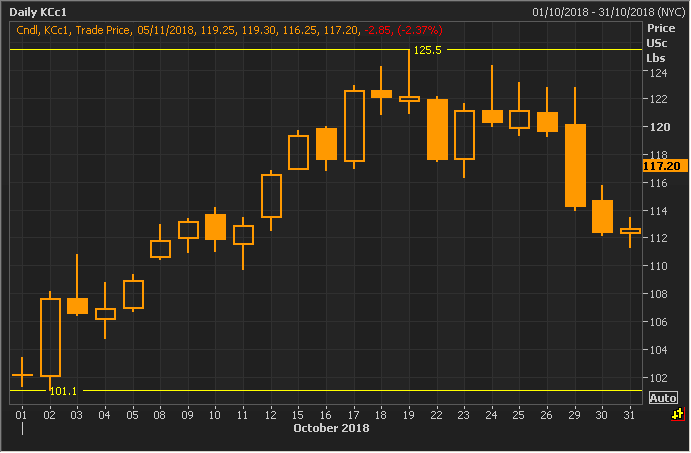 Starting with a close of 102.20 c/lb, the market nudged downwards to 101 c/lb (the lowest level seen in the month) before closing the 2nd October at 107.65 c/lb. The general trend was upwards for the next 2.5 weeks, hitting a month high of 125.50 c/lb during the 19th October before closing a few cents lower. 29th October saw the biggest movement, with a high of 122.80, a low of 113.95, before finally closing 5.15 c/lb lower than the open at 114.95. The speculators cut their bearish stance and reduced the net short position as shown by the month’s Commitment of Traders’ reports.

We mentioned in our introduction that we are now using a candlestick graph. Why? Well, previously, we had been using the daily close of the market (the level at which it closes at each day) in order to populate a graph. However, this does not tell you where the market might have gone during the day, hence the introduction of the Candlestick. It’s simple and gives you four pieces of data instead of one, which we think is pretty neat. What data? The open of the day, the close, the high, and the low. Looking at the shape and colour of the candlestick for 29th October will illustrate this. It opened at 120.10, hit a low of 113.95, a high of 122.80, before closing at 114.25. How do you know where it opened and closed? Well, the top and bottom of the body (clear or orange) of the candle give you the open and close of the day. How do you know which one is which? If the candle is clear, the market closed higher than it opened. If the candle is filled in with a colour (in this case orange) the market closed lower than it opened. 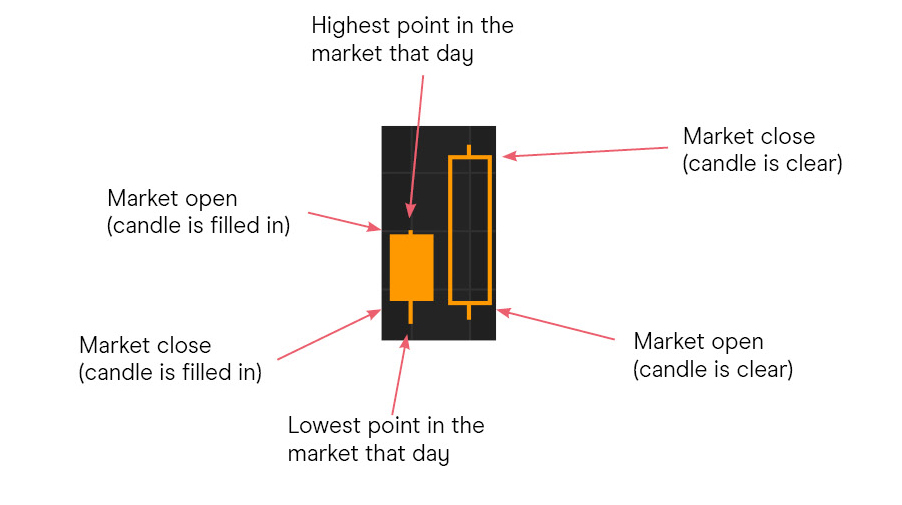 In the September report we posed the question: ‘will Robusta farmers hand in their coffee if the market rises?’ We did see a rally and we did see more selling action. The market (Jan-19 terminal) closed the first day of the month at 1572 $/mt and rallied over 200 $/mt 2.5 weeks later! This sparked some physical action in both Indonesia and Vietnam. It lasted for a few days and then corrected downwards before closing the month at 1658 $/mt.

Coffee exports from Vietnam will rise an estimated 21.5% between January 2019 and October 2019 compared to this year, according to the General Statistics Office of Vietnam. All statistics point to a big crop in the biggest producers of Robusta (Vietnam) and Arabica (Brazil).

Last month we discussed the market’s jitters over Donald Trump’s threats to pull out of the WTO so it was welcome news that he managed to agree a trade deal with Canada and Mexico to replace NAFTA.

GBP/USD started the month straddling the 1.30 level and surged following reports from Dow Jones that suggested the UK and EU were close to agreeing a Brexit deal. It broke through the 1.32 resistance level in the middle of the month, only to fall back to the familiar 1.30 level and dipped to 1.28 in the final week of October.

The ECB left interest rates on hold at 0% on the 25th October. The decision made little impact on currency markets due to the fact that everyone expected that outcome and had already built those expectations into their view. What was a surprise, were figures released during the final week of October that showed the Eurozone’s growth rate for the third quarter of 2018 slumped to a four year low. GBP/EUR started the month trading at 1.12, weakened in the middle and strengthened at the end of the month to the same range as how it started the month-mostly due to Brexit and the increasing likelihood of a no deal outcome.

Jair Bolsonaro, after surviving a stabbing in September, won a sweeping victory in Brazil’s presidential election on October 29th, winning 55.2% of the vote, against 44.8% for Fernando Haddad of the Workers’ Party. Financial markets cheered his victory in the hope that he will slash spending and cut red tape. The Real strengthened in the run-up when it was clear that Bolsanaro looked likely to win. The coffee exporters association Cecafé highlighted many exporters had problems loading at port due to a lack of container space in ships.

Lots of certified coffee was sold, due to a large crop in the Sierra Nevada region, northern Colombia. The Colombian Peso weakened against the US Dollar which helped exports and excelso differentials eased as a result. The main crop in Santander and Antioquia is delayed, but good availability from the South has avoided any supply issues.

With coffee prices so low, farmers in Vietnam are cutting costs and fertilisers appear to be the main target. Exporters remained reluctant to offer new crop at the beginning of the month but changed their stance a few weeks later with the market rally.

The 2018 harvest was slow to arrive as the rainy season continued through March and into April. This caused a stockpile of parchment coffee on the drying beds for many producers. Luckily at Kinini washing station, they had built more beds to accommodate the surge in volume, which proved invaluable. By the end of April, the natural drying had caught up and the harvest then proved to be very good with the higher altitudes still giving good quality coffee in abundance well into October. The harvest in Rwanda, especially in the northern region, is more drawn out than many believe.

At Kinini, the amount of seedlings in the nursery at the washing station increased by 50%, moving from 12,000 last crop, to 18,000 this crop. This stock is helping farmers replenish defective plants and help the smallholders expand their farms. Talking of expansion, four new coffees just arrived at our UK warehouse from Kinini: Gahabwa, Cocatu, Mafene and Kinigazi-all traceable micro lots from farms planted in 2013-14.

However, if you’re looking for a Rwandan coffee closer to Lake Kivu, we have excellent Fairtrade coffee from the primary cooperatives Coocamu, Kopakaki and Twongerakawa sourced through the cooperative union, Misozi. All these tasty Rwandan coffees just arrived into the warehouse, so get in touch if you want to hear more about them.

Coffee in Peru remains one of the biggest export products in Peru and benefits more than 220,000 families across the country. The biggest growth in recent production has been driven by the North, namely: San Martin, Cajamarca and Amazonas. As you may know from our trip report from this July, our sourcing focuses on these regions so let us know if you would like to cup any of our new arrivals hitting the UK late November/early December. The 2018/19 harvest started late due to a prolonged rainy period and lower than expected temperatures. This impacted shipments, with many exporters and cooperatives delaying their shipments out of the port of Paita and Callao. Flowering for the 2019/20 crop looks positive, but this also came late. Thankfully, the rains have been regular which bodes well.

At Sol & Café cooperative in Cajamarca, coffee started arriving at the beginning of August. This was a challenge as nearly 50% of the production arrived in September, with the cupping team and dry mill on overdrive as a result. Quality is up as producers have improved the way they process their coffee (hours of fermentation and time/method of drying of parchment) and we have certainly noticed this in the DRW lab. Producers are turning back to traditional cultivars such as Caturra and Bourbon as international and local demand has increased because of the cup profiles they produce. The cooperative continues to grow from strength and strength and in the picture below you can see the new warehouse in Jaén the cooperative bought for storing parchment before the coffee is trucked to the dry mill. 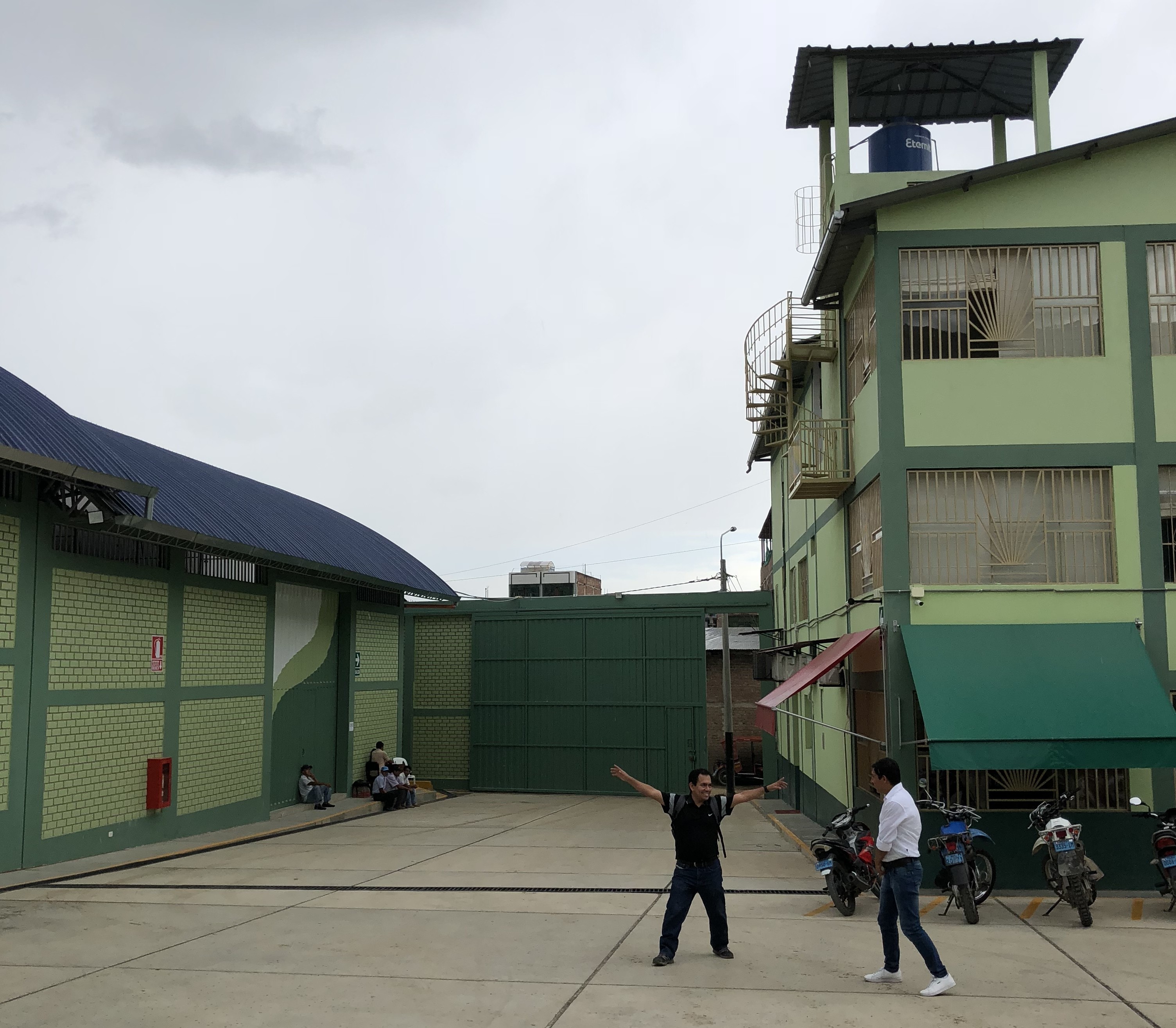 After the eruption of El Fuego in June, repairs are still ongoing. Worryingly El Fuego has entered a new eruptive phase. No evacuation orders have been issued at the time of writing this report but authorities shut down a nearby highway as a precaution. Many people that were displaced by the eruption earlier in the year are still in temporary shelters built by the government.

Weather has been a challenge this year. In some of the key producing regions, rain was reportedly 30% down compared to this time last year. Not only was there not enough rain, it also did not come when it was needed. This hindered the flowering cycle of many coffee trees and some estimates point to a 20% decrease in production for the 2018/19 crop as a result. The crop should arrive earlier than last year, with harvesting in the lowlands having already kicked off.

Our first container of new crop specials from Huehuetenango & Acatenango will arrive in March, so keep your eyes peeled for more news on them!