It’s that time of the year again! Welcome to the DRWakefield coffee round-up report for 2018. It’s been a turbulent year in the coffee world with continued price dips, a weakening £ Sterling and an array of natural disasters. We will start by delving into graphs of the New York Coffee market and the Pound/Dollar exchange rate for 2018, and how this compares to the last five years. After some analysis of the graphs, we will turn to origins and see what the highlights and low points of the year were month by month. 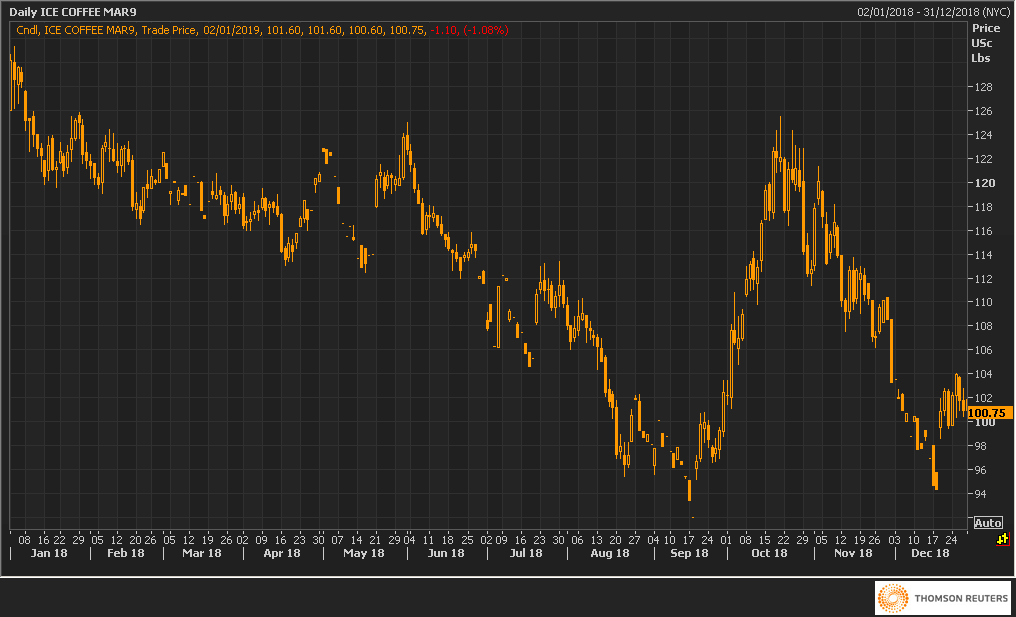 Nobody thought that the open on January 1st of 126 c/lb would be close to the high of the year. However, as you can see above, it would have been a good time for producers to fix their contracts. The first four months of the year were characterised by a steady downtrend, closing at a low of 113.05 on the 17th April. The market rallied, before losing all the previous gains and then rallied again, hitting a close of 122.75 on June 1st. This precipitated a move to the downside, with the market losing 20 c/lb towards the middle of July, rebounding for a few weeks, and then falling to a 2018 low on the 17th September, closing at 93.45 c/lb. Breaking through the 100 c/lb barrier produced headlines all over the coffee world and many people called for a rethink on how to avoid pricing hitting such low and unsustainable levels. As we know, what goes down, must come up, and on the 19th October the market closed at 122.10, only half a cent lower than the high in June. However, this was not to last, and the market lost another 20 c/lb by mid-December, closing the year at 101.85, just over that barrier of 100 c/lb. 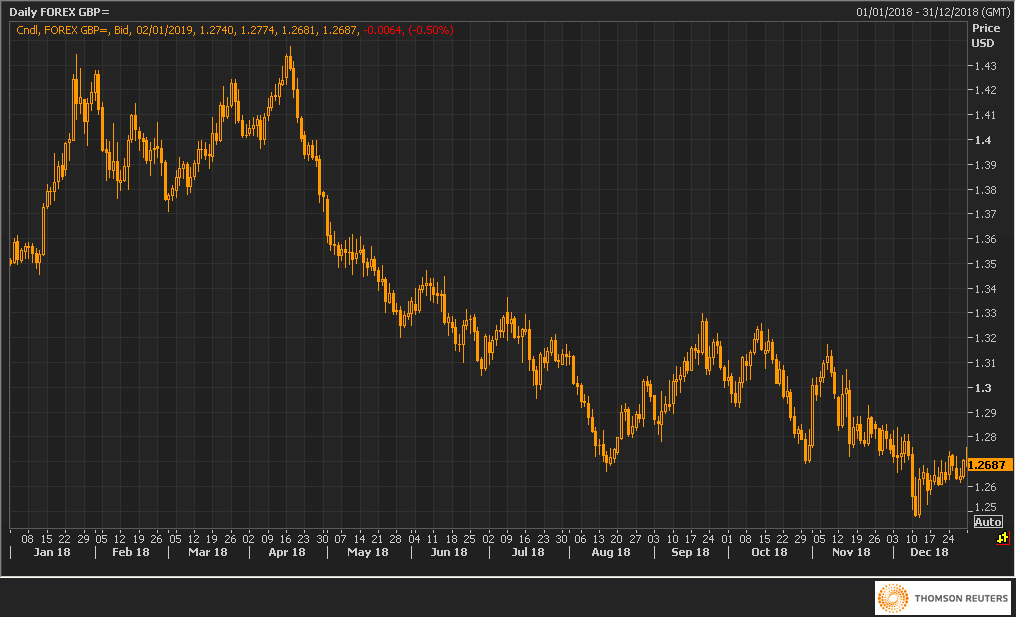 January 1st saw the British Pound trading against the US Dollar at 1.35. Optimism regarding the likelihood of the UK securing a problem free Brexit caused the Pound to surge in value against the Dollar, reaching the lofty heights of 1.43 in the Spring. However, this optimism was not to last and as the reality set in that the British government was not the side with the most leverage in the negotiations, the Pound steadily lost value against the Dollar and finished the year trading at 1.26, nearly 7% weaker than the start of the year. That is a sizeable loss in value but when looked at over a five year perspective, it becomes clear how weak the Pound is compared to the Dollar. Find out more below… 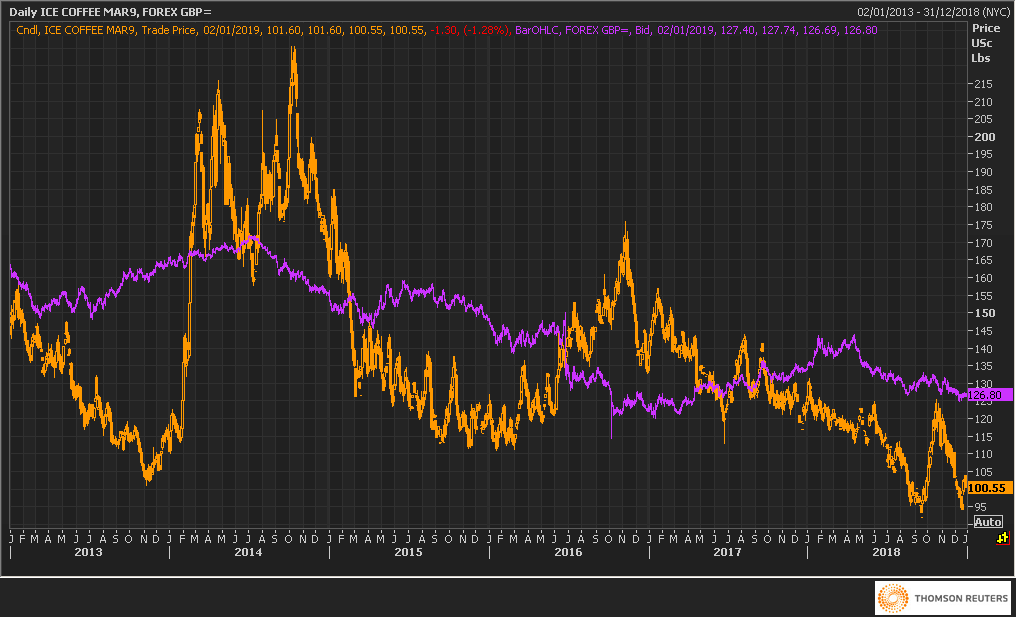 The orange line representing the NYC saw a five year high in October 2014, of just over 220 c/lb and a low closing at 93.45 in October 2018, representing a loss of more than 50% of value since the 2014 high. For GBP/USD (purple line), the single biggest change in one day was the 24th June 2016. The reason? The day after the UK voted to leave the EU. The day started at 1.48, touched to a high of 1.50, before hitting a low of 1.33, and settling at 1.35- 8% lower than it started. Over the last two years the low NYC price has acted as a buffer to the weakness of Pound Sterling. However, when the market eventually rebounds, coffee will be significantly more expensive for UK roasters, and UK consumers as a result. While New York is low, it could be prudent to take advantage of this and go long as many reports suggest a further weakening of the £ in 2019.

Time to get physical! Let’s see what happened at origin over the course of the year.

A Year of Coffee

Brazilian headlines in January were dominated by the news that the infamous former president Luiz Inacio Lula da Silva accepted his party’s nomination as its candidate for the upcoming presidential election, in spite of the fact that he was given an extended jail sentence from 9.5 to 12 years. Crop estimates for the 2018/2019 Brazilian crop suggested a monster. Rabobank, for example, predicted a 59 million bag harvest (42.4m Arabica & 16.6m Robusta). 2018/2019 was the ‘on’ year in the biennial production cycle, so expectations were already high, but decent blossoming and a more regular rainfall blew those expectations wide open. 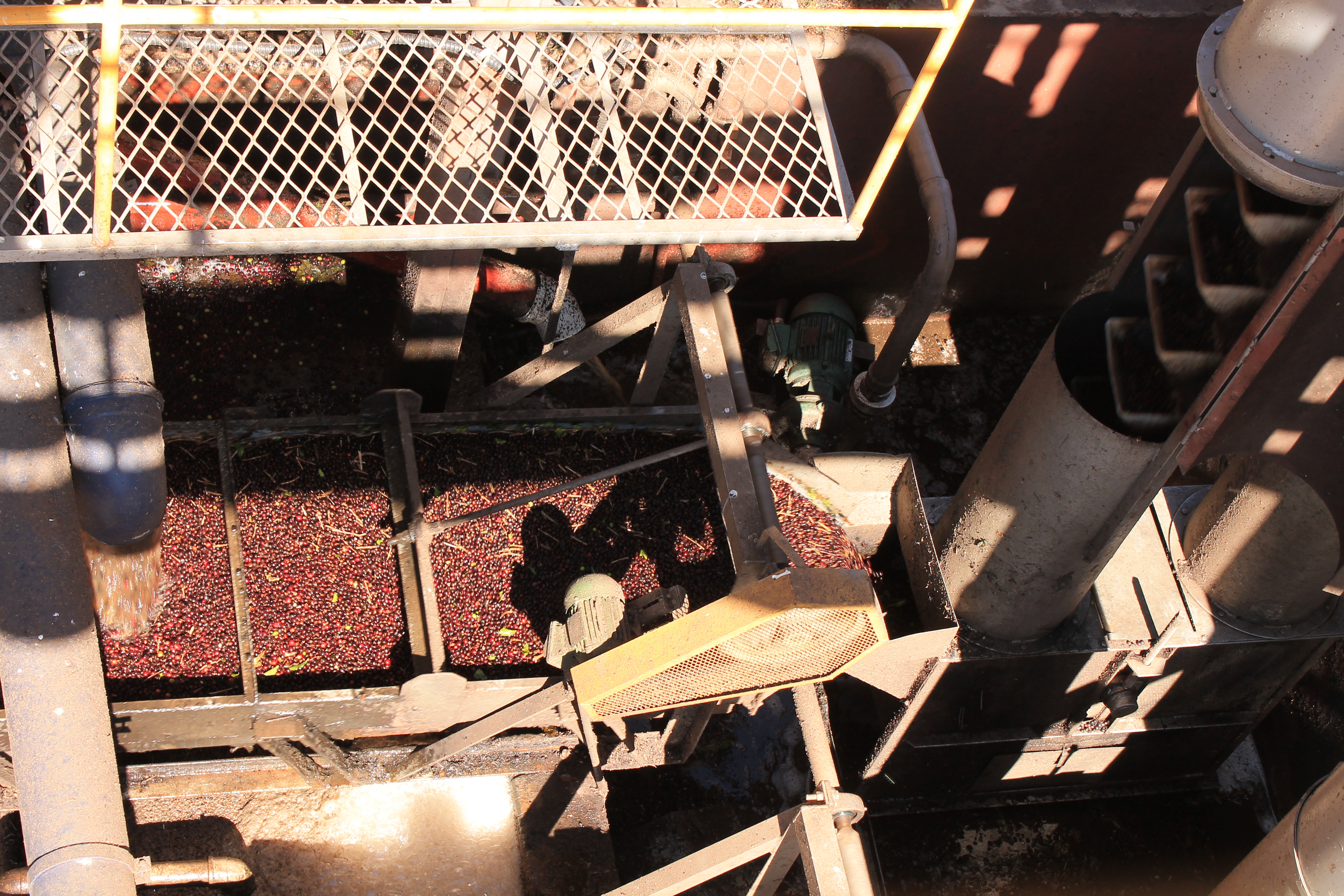 After a period of strengthening against the US Dollar, the Colombian Peso in February showed no signs of bucking this trend, which continued to hurt exporters. Vietnamese New Year, Tet, occurred on Friday 16th February. This saw a spike in selling beforehand as farmers looked for a pay-out before the celebrations began.

The harvest in Honduras was winding up in the middle of March, with only the highest altitude coffee still coming through. The quality and quantity of the crop was good, but it still was too early to say how good. There were whisperings that Honduras could reach the 10 million bag mark but given the data at hand, that number seemed unrealistic. In the last week of the month, many flowers were primed for the arrival of the first rains with a few white flowers already out in full force in select microclimates. Many farmers commented that it’s becoming increasingly difficult to predict when to expect rain and in what quantity. This feedback has become more and more common. In Nicaragua, sporadic rains caused big issues in harvesting the cherries. During the height of the harvest when the cherries were at their optimum ripeness, a sudden and large downpour caused many cherries to be knocked off the trees. There were not enough pickers to pick these cherries in time, and a great deal of the volume ended up destined for the internal market, causing a big loss in income for farmers. 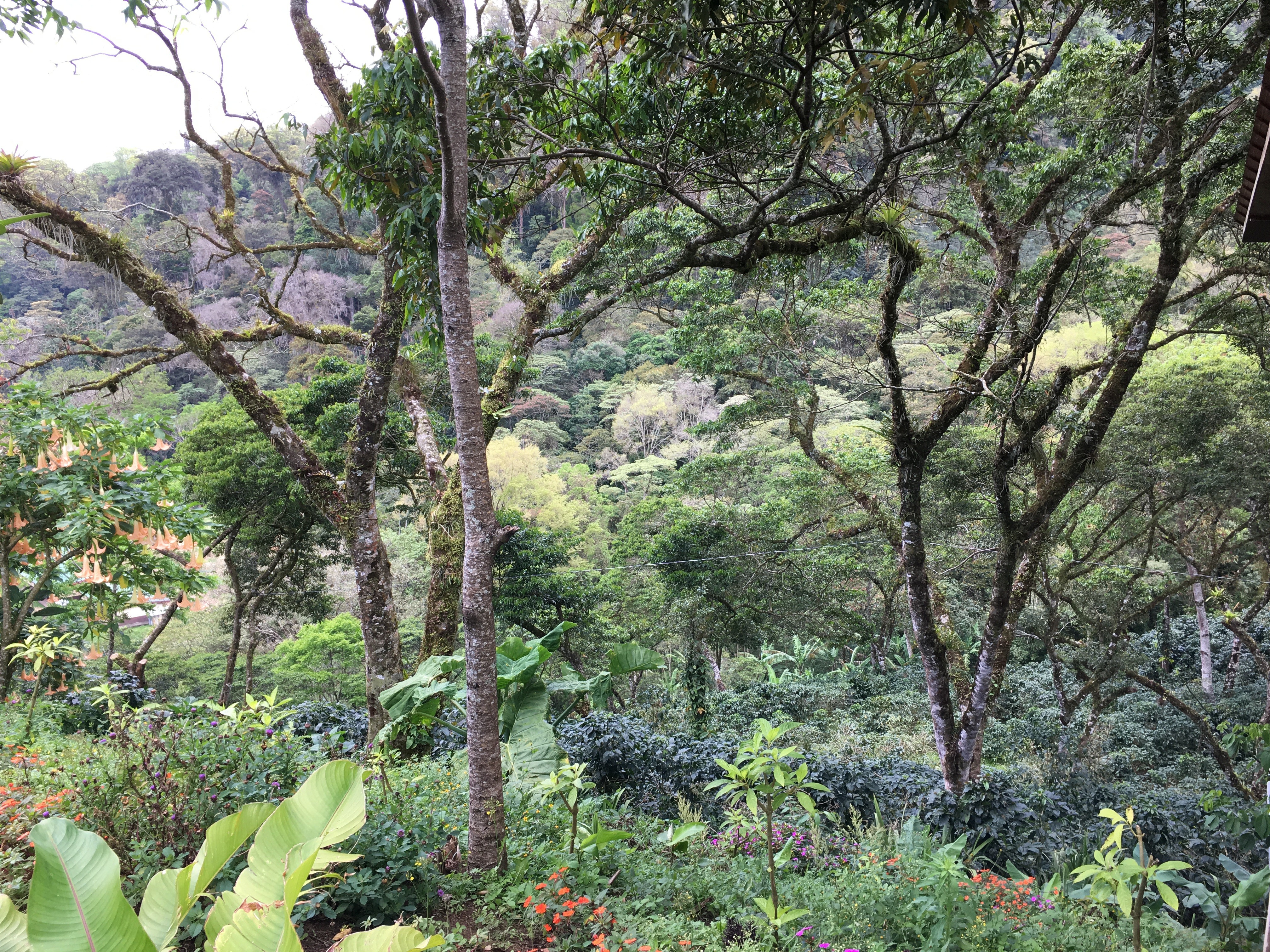 Rain continued to be a hot topic and in April, Kenya received a torrential downpour which wreaked havoc on roads across the country and inhibited the flow of coffee as a result. The flooding showed no sign of abating as we moved into May. Good news came out of El Salvador with data showing that the country’s export levels are bouncing back since the 2013/2014 outbreak of leaf rust that devasted the coffee lands. 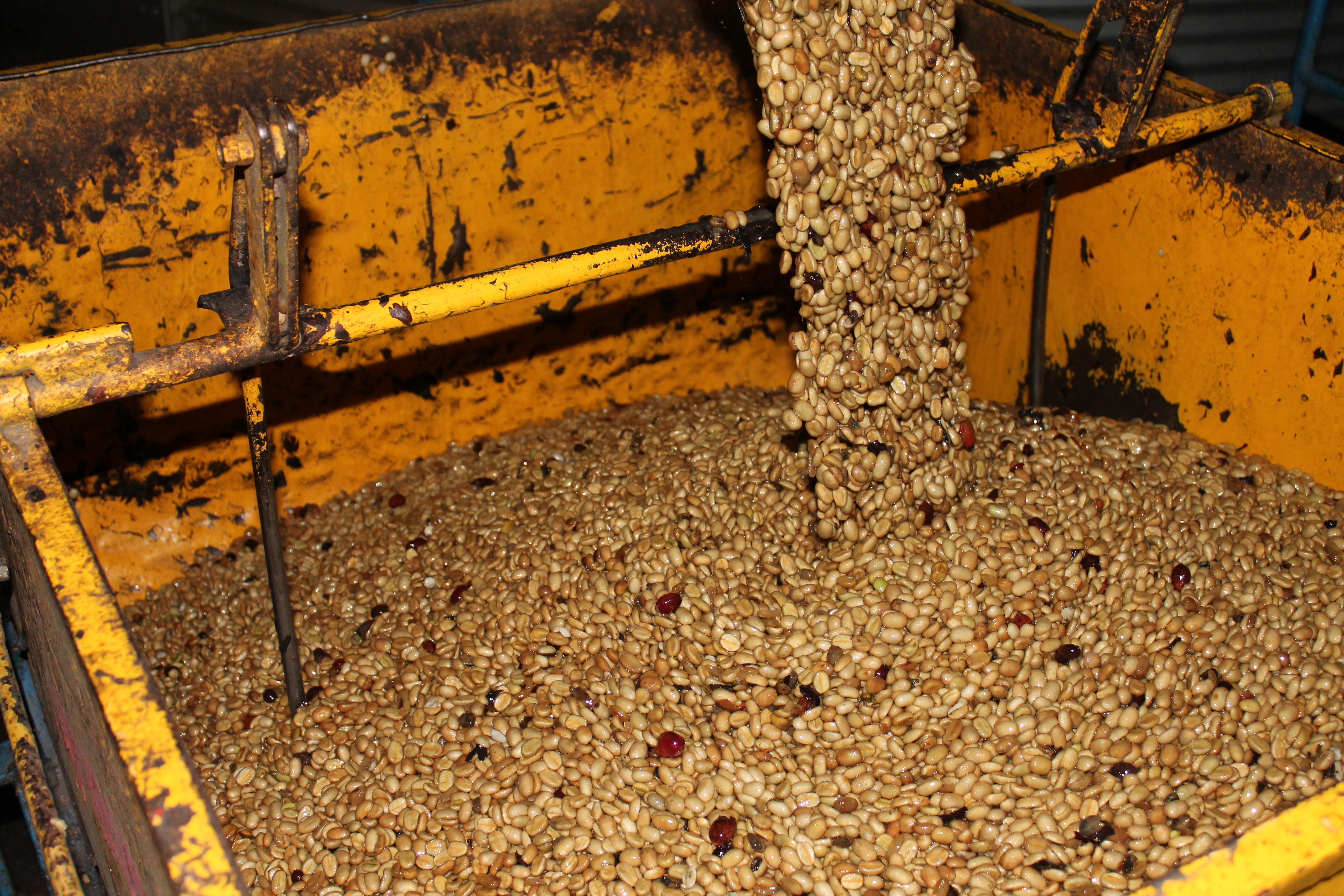 During the penultimate week of May, a truckers’ strike in Brazil started in protest against the high prices of fuel and taxes. This stopped nearly all cargo traffic across the country, both internally and externally. Highways were gridlocked, and containers struggled to arrive or leave the various ports across the country. Consequently, most exporters were unable to ship anything. Cecafé, the exporters association, made a statement at the end of the month indicating the protests caused financial losses estimated at 560 million Real ($149.99 million) in lost export sales and additional port costs. Nicaragua’s political situation showed signs of improving after the President cancelled the cut in pensions he enacted the month prior.

In June, Colombia chose Iván Duque to be its next president after a long and divisive campaign that centred on the peace process with FARC. The El Fuego Volcano in Guatemala erupted, which was its most violent eruption since 1974.

Although there was a crop delay in Peru, towards the end of July coffee came in thick and fast. Reflecting the general trend of the last decade, more coffee was expected in the north. After the rain earlier in the year in Kenya, it was welcome news that so many top AA and AB lots were passing through the auction. 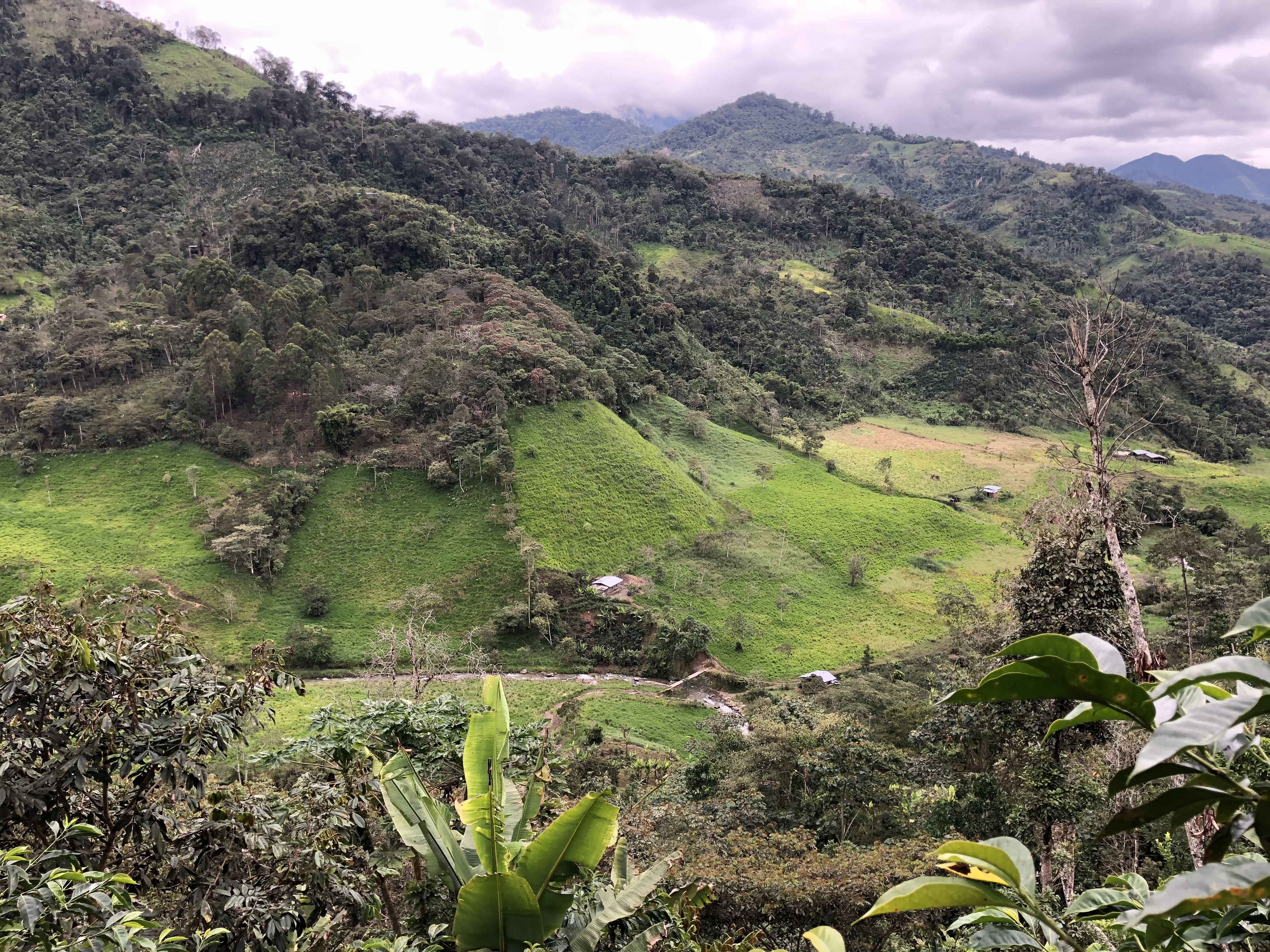 Data from the 1st week of August indicated that Brazil had sold 38% of the 2018/19 crop, 4% greater than last year and 2% greater than the 5-year average of 36%. The weak BRL against the USD Dollar was one of the major causes behind this drive, creating a favourable climate to sell. Devastating floods as a result of the Monsoon caused havoc across the southern Indian state of Kerala, with hundreds dead, and tens of thousands of people displaced. Only towards the end of the month when the floodwaters began to subside, were rescue teams and aid workers able to gain access to the flood-stricken regions.

In September, Abiy Ahmed, Prime Minister of Ethiopia, made significant inroads into brokering a peaceful future with its neighbour to the north, Eritrea. Figures from Icafé in Costa Rica showed that the 2017/18 harvest was 10% up on the previous year. Coffee production has remained relatively stable in the last decade, but with more fincas that surround San José under pressure to sell to estate agents, there is concern production could dip. However, Tarrazu, arguably Costa Rica’s most famous region, continues to grow in output, and constituted 40% of the harvest this season. The cause? Major renovation at farm level, introduction of new varietals and new areas converting to coffee production.

Jair Bolsonaro, after surviving a stabbing in September, won a sweeping victory in Brazil’s presidential election on October 29th, winning 55.2% of the vote, against 44.8% for Fernando Haddad of the Workers’ Party. Financial markets cheered his victory in the hope that he will slash spending and cut red tape. The Real strengthened in the run-up when it was clear that Bolsanaro looked likely to win. Lots of certified coffee was sold in Colombia, due to a large crop in the Sierra Nevada region in the north. The Colombian Peso weakened against the US Dollar which helped exports and excelso differentials eased as a result. The main crop in Santander and Antioquia was delayed, but good availability from the South avoided any supply issues. In Rwanda there was still good quality coffee coming to washing stations in abundance. The harvest was more drawn out this year compared to previous years. 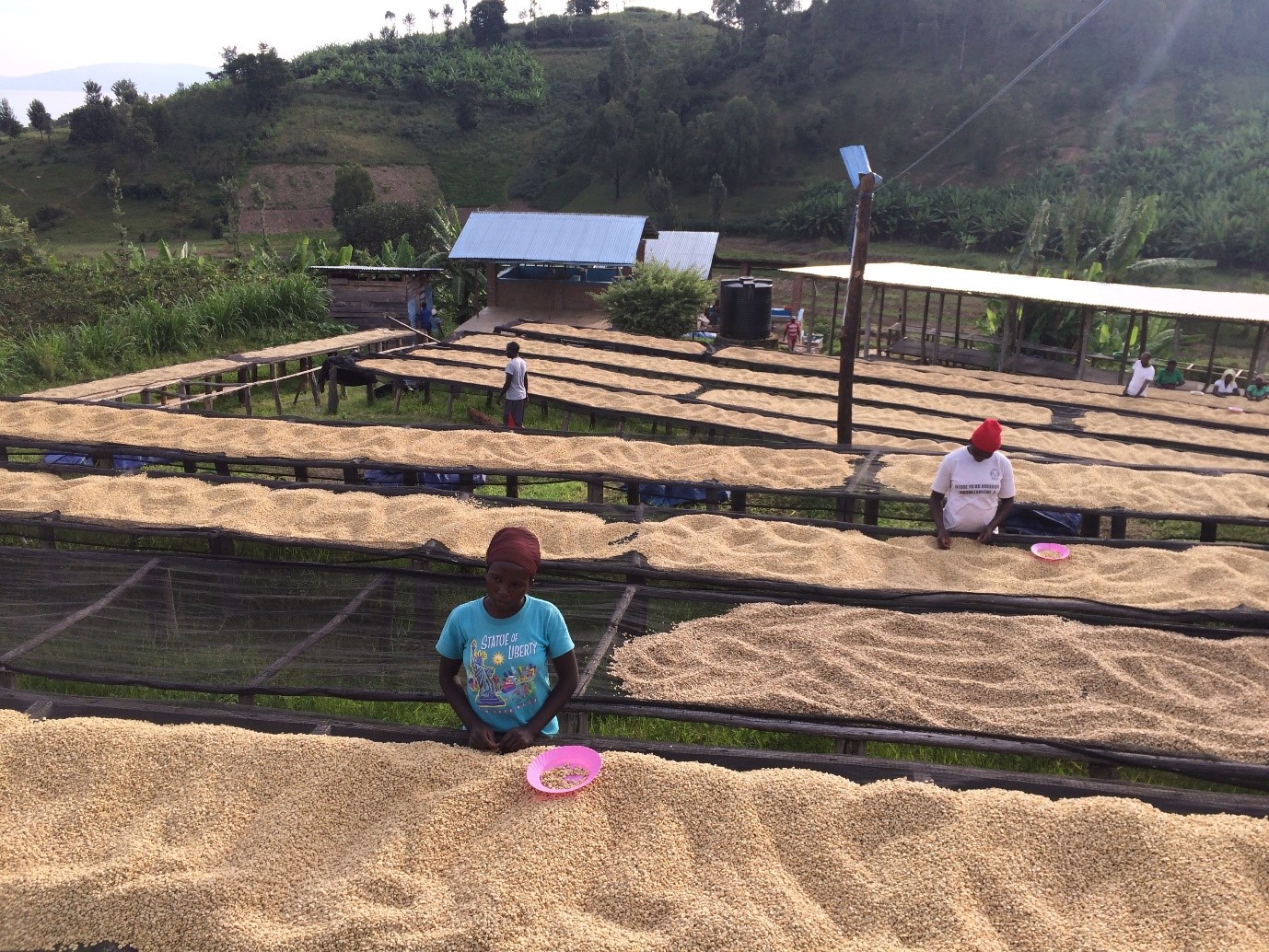 November saw Vietnam receive some very favourable weather with consistently strong rains over the final quarter of 2018. The harvest was two weeks ahead of schedule and exporters were bullish about the volume. Selling of the new crop picked up and 5-10% of the crop was reported to have been sold. The USDA upped their estimate for the Brazil 2018/9 crop by 5%, based on better productivity results. The predicted monster crop seemingly got bigger and bigger as the weeks went by.

The 2018/2019 crop in Honduras was delayed by around six weeks which bumped many December shipments into January. The main reason was lack of rain which slowed the maturation process. The crop itself, overall, looks promising and the coffee flow, albeit slow, is predicted to outweigh last year once it fully gets going. We saw the flow of cherries increase in the final weeks of December.

Happy New Year and we’ll be back next month with the January market report!