Welcome to the August market report. The UK saw the return of The Premier League which kicked back into action on the 10th August and Boris and Brexit still grabbed the headlines. In coffee, the low market and the Brazilian Real (BRL) dominated the coffee narrative. In this report, we head back to Brazil to discuss the latest on the crop there, and then head east, to India and Indonesia.

Every monthly report we see the same story: coffee prices are tumbling. That narrative, unfortunately, is still ever present. On the 20th August, New York closed at 97.25 c/lb, the lowest level since 2006. Breaking the 100 c/lb barrier was a new low, but it did prompt a strengthening of ties between Brazil and Colombia, who signed a document indicating closer future collaboration with a view to protecting producers. As holders of some of the largest coffee stocks, this could have a large impact. The fundamentals remained unchanged, with the movements largely Real driven, as a consequence of its depreciation against the US Dollar. The speculators saw no reason to cover their position and the final Commitment of Traders (28th August) again saw a record net short position for the speculators. NYC lost nearly 10 c/lb over the course of the month, with the 1st August closing at 108.05 c/lb and the 31st August closing at 98.10 c/lb.

Sugar futures and coffee (Arabica) futures showed a strong correlation. Brazil is the biggest sugar cane producer in the world (nearly ¼ of world production) and the depreciation of the Real against the Dollar has had a similar effect on sugar as it has on coffee. In the graph below, you can see sugar (green) and coffee (black) showed similar trends, both having an inverse relationship to the strength of the BRL (red).

London tracked New York to some degree. There was not much origin pressure coming out of Brazil or Vietnam with little change on the supply side. Arbitrage between London and New York narrowed, with specs reportedly selling New York and buying London as a hedge. London closed the 1st day of the month at 1668 $/mt, losing 5% over the course of August, closing the last day of the month at 1583 $/mt. In c/lb 1583 $/mt is equivalent to 71.8 c/lb, resulting in a 26.3 c/lb arbitrage between New York and London on the month close.

GBP/USD started August trading at 1.31 and Pound Sterling depreciated by 3% against the Greenback to 1.27 during the middle of the month, before regaining value and surpassing 1.30 in the final week. There was a brief respite from talk on Brexit, with Turkey stealing the macro headlines. The Turkish Lira slumped to a record low against the US dollar, overtaking the Argentinian Peso as the worst performing currency in 2018. Other emerging markets also suffered as many investors pulled their money out due to the worsening financial positions of the economies in question.

Concern was that the heavy rain in Brazil could produce phenol in the remaining coffee to be picked and harvested and that the trees may start to bud and then abort before the rains properly begin in earnest.

Colombia Excelso differentials remained firm, as internal prices refused to follow the low NYC. The Peso depreciated against the US Dollar a touch which helped exporters who have suffered with the strong Peso in 2018.

The rainy weather in Vietnam continued, with no major crop news to report.

Data from the 1st week of August indicated that Brazil had sold 38% of the 2018/19 crop, 4% greater than last year and 2% greater than the 5-year average of 36%. The weak BRL against the USD Dollar is one of the major causes behind this drive, creating a favourable climate to sell, even with the low NYC. Towards the middle of the month, many of the farms and exporters we work with indicated that the Arabica harvest was around 90% complete, with the Robusta harvest already having wound up. Will the crop reach that 60 million bag figure? We’re still awaiting more figures to be released to make our call.

In line with the latest features on Brazil, politics continue to dominate the headlines with the upcoming election this October. The Workers’ Party nominated Lula (Luiz Inacio Lula da Silva) as their presidential candidate, even though he is now sitting in jail serving a 12-year sentence for corruption.

Atypical for Brazil, there were problems with getting bookings due to port congestion, although trouble abated fairly quickly.

Have you ever heard of Jabuticaba? Thought not. Known as the Brazilian grape tree, it produces delicious fruit and Jamie and Nick tried it for the first time during their trip to Brazil at the beginning of August. You can find more interesting nuggets of information in their trip report here.

Devastating floods as a result of the Monsoon caused havoc across the southern Indian state of Kerala, with hundreds dead, and tens of thousands of people displaced. Only towards the end of the month when the floodwaters began to subside, were rescue teams and aid workers able to gain access to the flood-stricken regions. It was the one of the largest natural calamities experienced by Kerala in the last 75 years. Widespread damage to private and state infrastructure, agricultural lands, livestock and crops occurred.

This has affected coffee farmers’ livelihoods and the ability of cooperatives and exporters to transport, process and export coffee. Infrastructure that connects coffee farmers, mills and ports has been damaged considerably. Landslides wiped away roads that are critical to moving coffee to the ports (Mangalore & Cochin). It has been a challenging time for both individuals and export companies. We work with three cooperatives in Kerala: Fairtrade Alliance Kerala (FAK), Manarcadu Social Service Society & Wayanad Social Service Society. They produce high quality Robusta with Fairtrade, Organic and Rainforest certifications. The cooperatives are working with NGOs to help rebuild. If you would like more information on this, please get in touch with the trade team. 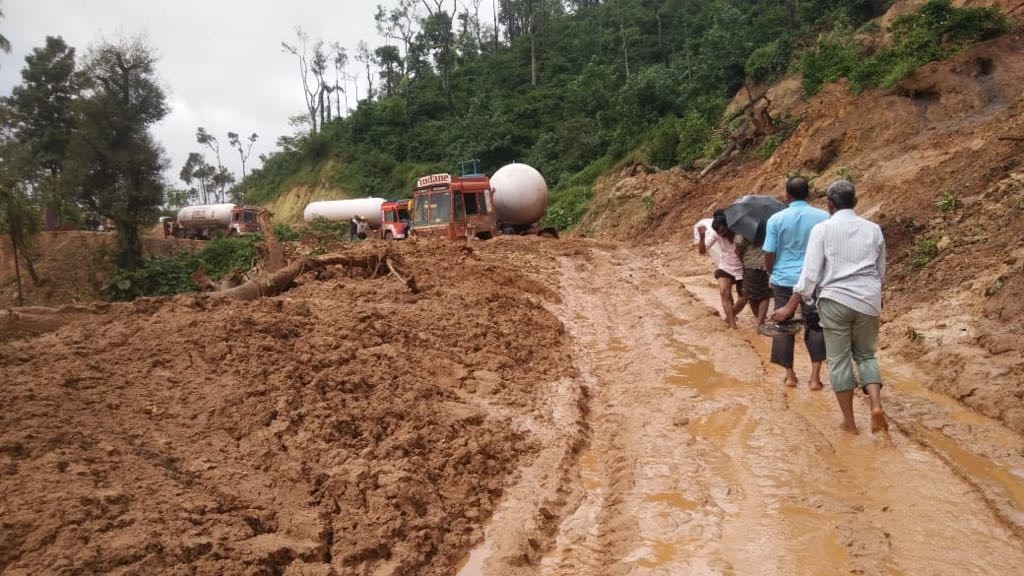 Flowering in Aceh started in August, and early signs show that the crop will not be as big as some had hoped. Rainfall in August and September will be critical to the end crop volume and the crop is expected to drag on a little longer than usual, all the way into February 2019. New flowering continues, so it is still challenging to predict final crop volumes. It is likely diffs will remain high as this uncertainty persists.

In the past, Ateng variety was planted in both Aceh and Northern Sumatra as it showed good resistance to coffee rust; however, reports show this resistance is dwindling. We have also heard from our partners in Honduras that the same can be said for Catimor. With the low 2017/18 main crop, many roasters turned to Sulawesi coffee as it shows similar characteristics to Sumatran coffee and was a suitable substitute in roasters’ blends. Sulawesi has an earlier harvest than Sumatra and it seems the poor Sumatran crop of last year has given more exposure to this little known about island. Their main crop is from May to September, which is a natural place for it to slot into roasters’ calendars when there is less Sumatran coffee available. Time will tell whether this origin takes off or not.  Java’s crop is May to July, so there is some local competition there too.