The NYC market lost nearly 8% over the month of August. August 1st closed just below 140 c/lb at 139.25 and straddled the 140 region for the first 10 days before steadily tumbling over weeks 2 and 3 of the month. The final day closed at 128.15 c/lb and with improved world Arabica coffee output (mostly down to large predicted Brazil and Honduras crops) forecasted for 2018, some predict a further decline.

September opened at 2,110.00 $/mt and closed the month at 2,071.00 $/mt. Thanks to tight supplies, many see an increase on the cards. Vietnam’s 2016-17 crop total hit a 4-year low at 26.3million bags, representing a 7.4% decrease compared to the year before. However, a bumper crop is predicted for Vietnam and when exports of the upcoming crop start in December there could be a sharp decline.

The UK construction PMI (Purchasing Managers’ Index) declined to 51.1 for August from 51.9 the previous month. It was widely expected that it would surpass 52.0 and the fall represented a 1.5% loss and the lowest reading for 12 months. Although this negative data had a limited impact on Sterling, it did hamper the momentum of the stronger than expected manufacturing data released towards the end of month. GBP/USD started the month trading at 1.31 and finished the month trading in the 1.28 area. The broader picture for the US Dollar remains neutral against the backdrop of uncertainty in the US political arena and the unpredictability of Donald Trump. In the short term, markets are not yet paying attention to the ‘debt ceiling’, which is another issue that could be a potential source of Dollar weakness if not dealt with in time. Last time this was discussed the Republicans and Democrats had a very public spat.

While the UK and US are struggling with Brexit and Trump, the Euro has quietly strengthened against those two key currency pairs. 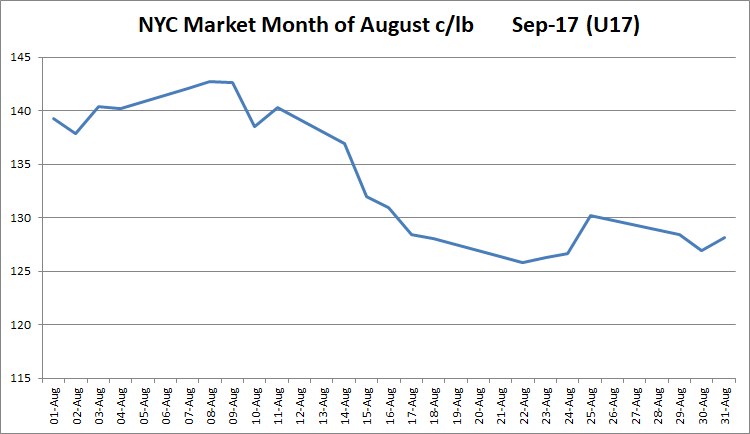 Output and insects grab the headlines in Brazil. 2018 is the higher Arabica output year and on top of that the crop is predicted to be particularly large. However, the coffee borer beetle is running rampant in certain areas, largely down to the bans on Endosulfan, an effective insecticide that is now being phased out because of health concerns. These opposing factors are keeping many people on the fence when it comes to future movements of the NYC. Additionally, there were heavy rains towards the end of the month which started premature flowering in some regions.

After crop delays in many key producing regions across Colombia, coffee is now in full flow with mills full! Differentials remain high, with no sign of them decreasing in the near future.

As previously mentioned, the upcoming coffee harvest in Vietnam is predicted to be good. The majority of the coffee will be harvested in October/November with first shipments from Vietnam beginning in December. Although many are bullish on the quality and quantity of the crop, weather patterns across the country have been unpredictable of late and while it is the rainy season, the rain is stronger than usual which is starting to make some exporters nervous.

Coffee was introduced to the Hawaiian Islands in the early 19th Century on the island of Oahu. The first plants came from Brazil and were planted in the Manoa Valley. The bourbon variety was brought to the Big Island of Hawaii around 1828, followed by Typica in the early 1890s. Today, coffee is produced on five islands – Kauai, Oahu, Molokai, Maui, and Hawaii – and is the fifth largest crop in the state. However, Kona coffee is the one that garners the most fame. Kona coffee is produced in the north and south Kona districts of the Big Island. This area is about 30 miles long and 2 miles wide, and is situated on the slopes of the Hualalai and Mauna Loa volcanoes. Only coffee grown in this area can be called “Kona” coffee.

In recent years, the coffee berry borer (CBB/broca) has appeared on the Big Island and in the Kona district. This has created big challenges for the coffee industry in Hawaii. While coffee prices remain high, the infestation varies from one farm to the next. Roughly 600+ farms produce coffee which can be classified as Kona and the average farm size is 2-3 acres (roughly one hectare), with a small number of larger estates with 50 acres or more. Annual Kona production is around 2 million lbs of green coffee, or 15,120 bags of 60kg. Most of Kona is the Typica variety, which uses the washed process. All coffee is handpicked and dried on patios or mechanical dryers. Elevation ranges from 500 to 2500 masl.

The harvest runs from August to February. Latest figures for 2016/7 production estimate it to be at 36.4 million lbs of cherries, up 5% on the previous year.

We source Kona coffee from Koa farm, named after the Koa tree which is native to Hawaii. All coffee from the farm is certified by grade and origin prior to shipment by the Department of Agriculture, State of Hawaii. It’s a family owned farm and is located on the southern slopes of Mauna Loa Volcano in South Kona, near the town of Captain Cook.

The Coffee Industry Board (CIB) of Jamaica, like the FNC in Colombia, grade and cup every batch of Jamaica Blue Mountain (JBM) before it is put into barrels for export. On the vertiginous slopes of Jamaica, a significant portion of the crop is smallholder coffee, although there are also some very famous estates. It is always worth checking if the coffee sold is coffee grown on the estate or whether the coffee has been grown near the state and processed by it. Often brand names and estate names can be mixed together. Most of the coffee on the island is Typica, although more and more Geisha has been planted as farmers want to capture more value with this variety. The harvest is long, ranging from October to June. 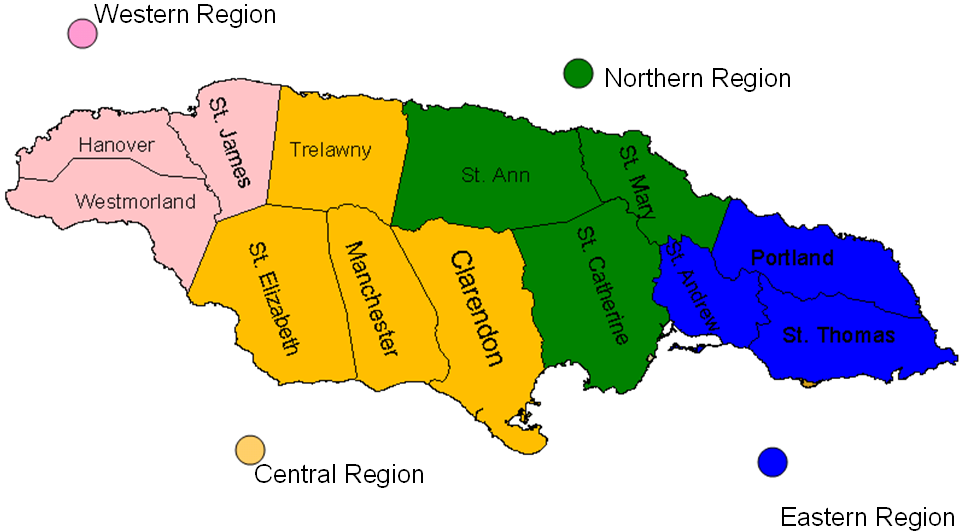 We work with two estates, Flamstead and Stoneleigh, in the parish of Saint Andrew, about an hour’s drive from Kingston. Both estates are slightly higher up the mountain than the famous Mavis Bank coffee. At these estates, coffee is handpicked, pulped, washed and then sun dried. Coffee is typically rested in parchment for at least 8 weeks before being dry milled and sent to the CIB in Kingston for quality checks before export. Barrels from these estates come in 15, 30 or 70kg sizes.

This month at the Swiss Water Decaffeinated Coffee Company, they’re excited about two things: amazing coffee without caffeine and the growing decaf market!

Their newest Small Batch Series offering is Guatemala Organic Palo Blanco. What makes it special? Huehuetenango is known for producing some of the fruitiest coffees in Guatemala, and this lot knocked their socks off! Here are a few reminders about what makes the Swiss Water® Process great at removing caffeine from coffee.

• Swiss Water® is an organically certified and 100% chemical free process for removing caffeine from coffee. The team are constantly innovating and improving  all steps of the process – and because of these innovations, the Swiss Water® Process is unmatched in maintaining the flavour and characteristics of the    coffee bean.
• They are committed to sustainability, they are significant contributors to World Coffee Research and Grounds for Health, and they source sustainably certified coffees (Fairtrade, Rainforest Alliance, UTZ). You can trace the origin details of each coffee through their website. Check it out here.

In the US, the consumers that are enjoying the most decaf are…Millennials.

Decaf is outpacing the growth of regular coffee, led by younger consumers. We see this trend happening in the UK as well. At the London Coffee Festival, people were lined up to get a delicious cup of coffee without caffeine.

Here are some encouraging stats about the growth of decaf in the US market, and who is drinking it:
• 19% of 18-24 year olds drank decaf in the past week, up from 14% in the previous year. [Source: NCA 2017 & 2016 US market Coffee Drinking Trends Report – past week consumption]

• Cups per Person Per Day consumption increased sharply for decaf – to the highest levels in 19 years. Decaf increased from 0.19 to 0.39 cups per person per day [Source: NCA 2017 US market Coffee Drinking Trends Report]