Like many developing nations, agriculture in Myanmar still plays a significant role in the economy representing 38% of GDP and 25% of their export. Coffee, whilst not a substantial cash crop, is being cultivated in various regions, and presents a fantastic opportunity for young and willing entrepreneurial farmers.

When presented with the opportunity, undoubtedly DR Wakefield jumped at the chance to help and collaborate with Nat Coffee and their first visit to Myanmar to focus on one region named Chin State where in partnership with Nat Coffee and Chin Hill Ecosystem we helped a group of farmers set up a new farmer lead co-operative.

Myanmar is divided in to 7 different regions, exporting 70% of the green beans approx. 1,350 MT predominantly destined for mainland China, Thailand, Japan and Korea.  As a new player in the coffee industry, many regulations, policies and procedures are not yet in place to enable a fluid marketing channel such as price structure, grading system etc. which means that the importation of green coffee will be challenging.

Chin State (West Myanmar) is a region sparsely populated and remains one of the least developed areas of the country. It also has the highest level of poverty in the country. Voracious deforestation and shifting cultivation (Slash-and-burn”) are the core roots of the problem.  Many smallholder farmers in Chin State are cultivating coffee, as a cash crop where farming techniques and equipment remain poor. There is also a lack of institutionalized coffee farmer groups and an absence of connectivity among farmer peers.

After a successful Kickstarter campaign, that we are pleased some of you contributed to, the training workshop focussing on harvesting techniques and building drying beds went ahead. I was of course glad to be a part of this.

After two full days of travelling from my comfortable home in chilly London, I arrived in Mindat, one of the main townships in Chin State where I met for the first time, 50 members of the Farmer Group “Chin Litai” (Pronounced “Chin Litugh”) created only 3 months prior (Dec – 16)

As previously mentioned, one of the objectives of this project was to provide smallholder farmers of Chin Litäi with intensive, field-based agronomy training, using the experience of local trainers; our focus is on harvest activities (collection, organic fertilization, maintenance, processing).  Tun Minh Tan, Producer of Ngu Shweli, Mandalay was our trainer and shared his expertise to the farmers from harvesting ripe cherries, passing by pruning and drying process. The participating farmers were so motivated to learn and develop their skills and always forthcoming with questions to better their knowledge. 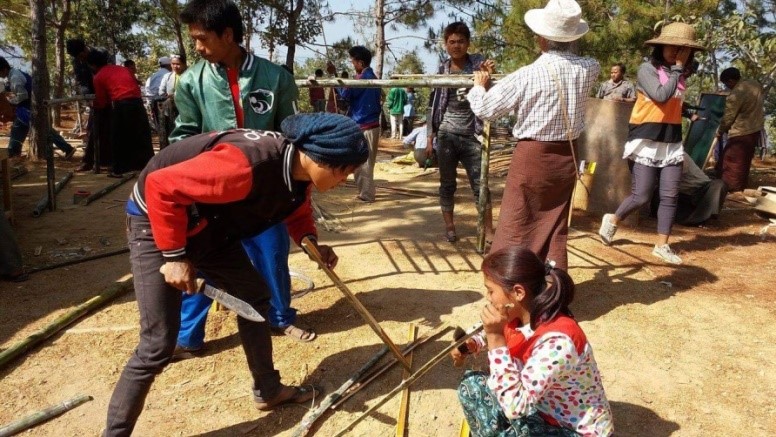 In the area, the main varietals that are cultivated are SL 34, Catuai, Caturra and some lesser known varietals simply referred to as “wild/indigenous ones”.  Most of the coffee plantations were given in the mid-20th century to farmers from the Government as source of income. One of the NGO’s working in Myanmar began a project distributing coffee seedlings in 2010 to help boost productivity, but unfortunately the NGO, Myanmar Care, abandoned the project shortly after.

Chin State is one of the highest regions in Myanmar between 1400-1600 metres above sea level – prefect for growing premium Arabica.

On the final day of the workshop, I shared with the farmers how other producers around the world cultivate and process coffees and trained them on the green grading by identifying defects. We then finished with a cupping session from different origins showcasing various flavours, bodies and defective cups.

I was delighted to see that farmers were so interactive and asking questions, thirsty for knowledge. The workshop ended with a closing ceremony where we unveiled and distributed the 10 new drying beds. One of them was given to Christopher Ling Thang who has been producing coffee since 2002 with 500 coffee trees. We were pleased to see 100% ripe cherries beginning their drying journey on the newly built African beds. 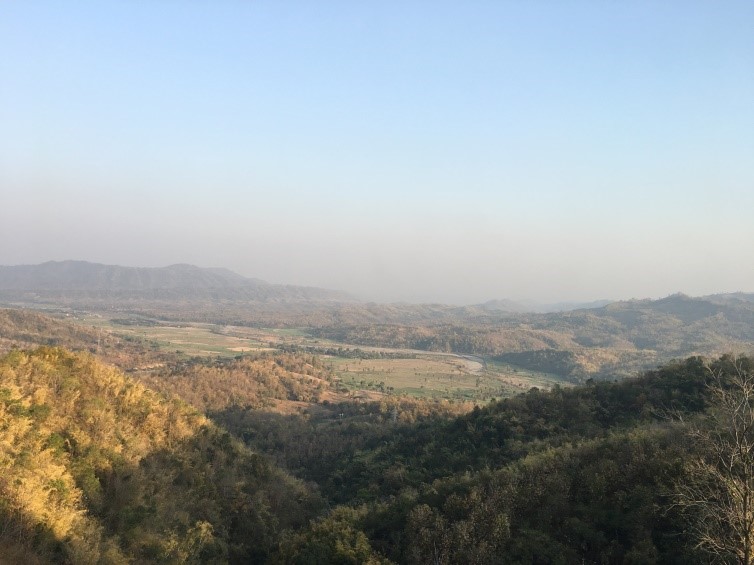 The session concluded with all agreeing a follow up workshop would be convened after the harvest season is complete to further their knowledge. Ever eager to learn, the farmers were left motivated and encouraged that there will be a future for coffee farming in Myanmar.

The following day, Nathalie and I went to visit some local farms to get a better understanding of their farm management and to see the application of what they learned during the workshop to their own farm. We noticed very quickly that some producers had more knowledge than others and would likely become mentors to the other farmers in the group to help develop a truly inclusive co-operative.

I brought back some of the samples from Chi Litai to London. However, without any infrastructure in place to process their coffee we have a challenge ahead of us to bring green coffee in to Europe. If cupping the samples proves there is potential ahead, we will certainly endeavour to find away working collaboratively to get this coffee to those who can really enjoy it here in Europe, providing a solid revenue stream to the hard working producers of Chin Litai. 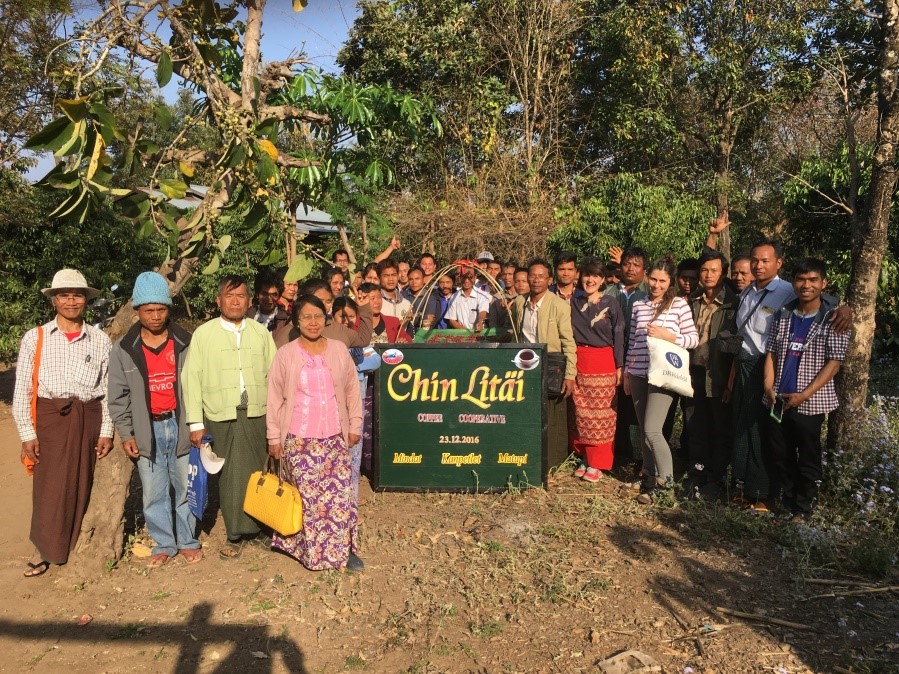 We are at the early stage of a full production from Chin Litai but with the target of getting more workshops in the pipeline after this season, our target will be to have their production running autonomously over the next few years by developing a renowned name and identity in the industry.

DRWakefield is pleased to be presenting some of these coffees at the London Coffee festival in April, amongst others we will be highlighting coffee from Mandalay region – Nge Shweli who trained Chin Litai farms and from Shan State, Shwe Ywa Ngan.