I think this is where I blame computers again, because it couldn’t possibly be my lack of technology skill !! Thought I had sent this report out but it appears that it was still on file – oops !! Better late than never.

Well, it’s another 5 ½ hour flight from Los Angeles – on American Airlines, that is a long way – $2 for your headset to watch a lousy film on the small overhead TV monitor ! Once landed though, collecting your bag from the carousel under the sun followed by a relaxed taxi ride to the hotel (speed limits are slow, and adhered to) helps the stress of the journey ebb away. 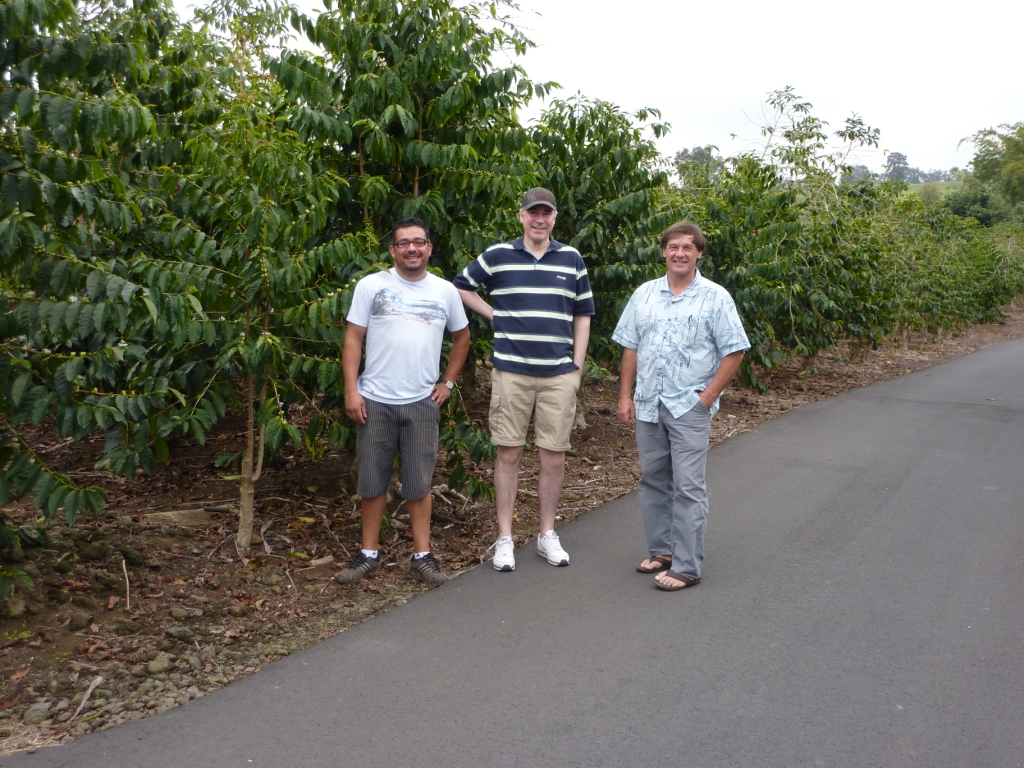 Simon on Big Island in Hawaii

The Big Island (officially known as Hawaii) is the most Southern of the islands and Kona is at the South West part of the island. As expected the soil is volcanic – mass areas of lava flows across the island from Hualalai and Loa volcanoes. Met up with owner Brent (on right) and his manager Alex (on left) for a tour of the farm, wet and dry mill. Like many farms, it is not big but the investment has been impressive over the years with modern equipment from pulpers, rotary driers, densometric tables and colour sorters. 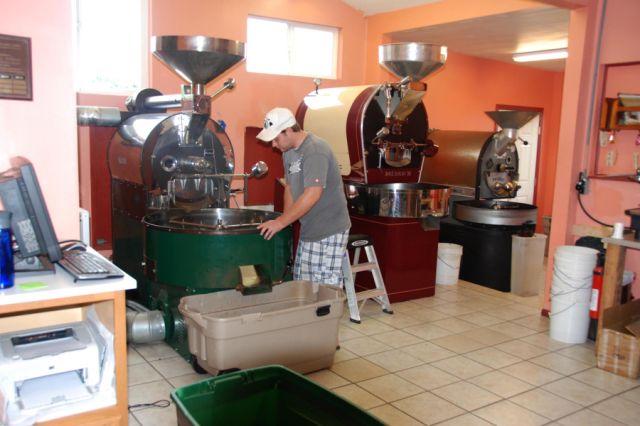 Like many Hawaiian farms, they have a domestic roasting business as well as a café which not only bring in local US$ but helps them better understand the roaster/consumer requirements. They do not sell their brand through the supermarkets though in an effort to maintain some form of exclusiveness.

There are no shade trees as such, but a natural moving shade – the clouds ! It appears that the farm being so near the sea with snow capped volcanoes nearby has an interesting climate and cloud cover is common. The soil is pretty rugged as you can see in the photo but the trees flourish being helped by sufficient water fall of about 17 inches per year with good drainage, fertiliser and great husbandry.

Once milled the coffee is kept in 1 ton bags in a controlled environment – 19.5 degrees and 55% humidity – prior to shipment. We discussed the idea of micro lots and it is something we should be able to offer next year so that suitable lots can be separated. This year production is down by about 40% due to the off cycle but more importantly borer beetle issues. We have secured some coffee from this crop but unsure if it will be sufficient to last till next year with an expected delivery date of January 2012. 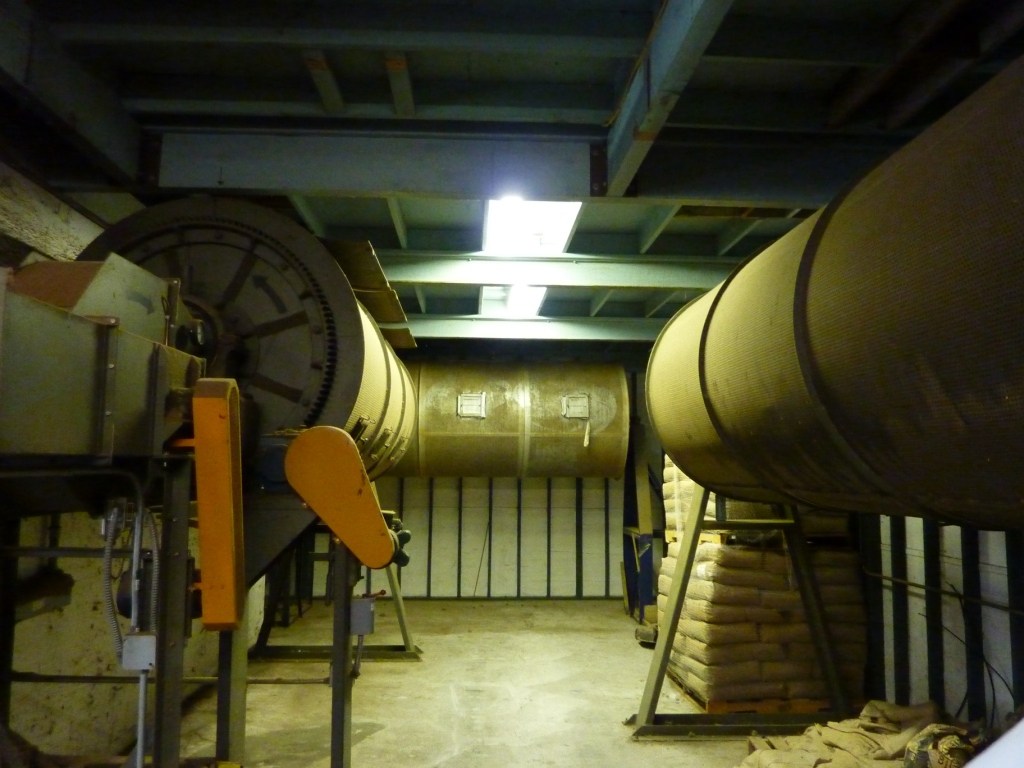 In conclusion, this is a great farm which cares about quality and does not just rely upon the Hawaiian brand. No wonder it tastes great ! At some stage, I will have to visit again – ho hum !!