Lying in the borderlands between the Neoarctic and neotropical realms, El Triunfo biosphere reserve also straddles the Sierra Madre Occidental, part of the North American Cordillera, which forms part of the system of mountains that that run through North America down to Antarctica. This means there is an incredible amount of diversity in flora and fauna, including many endangered species. Local people are allowed to live and work in the buffer zone, as with other biospheres, and El Triunfo is home to around 12,000. They follow strict environmental controls including maintaining three layers of canopy of multiple native trees.

In 2012, Mexico had a large outbreak of rust, and the farmers have since made a large investment in replanting primarily with Geisha and a local mutation of Bourbon that is resistant to rust, and cups well. This has led to an improvement in both volume and cup quality. Coffee grows slowly under shade, and is fully washed and sun dried. 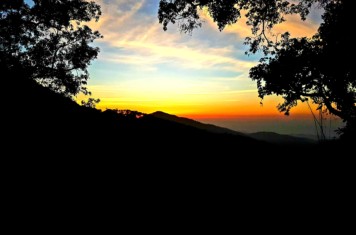 Will and Henry's Mexico Trip 2017: Veracruz to Nayarit

An overview of the Mexican coffee industry